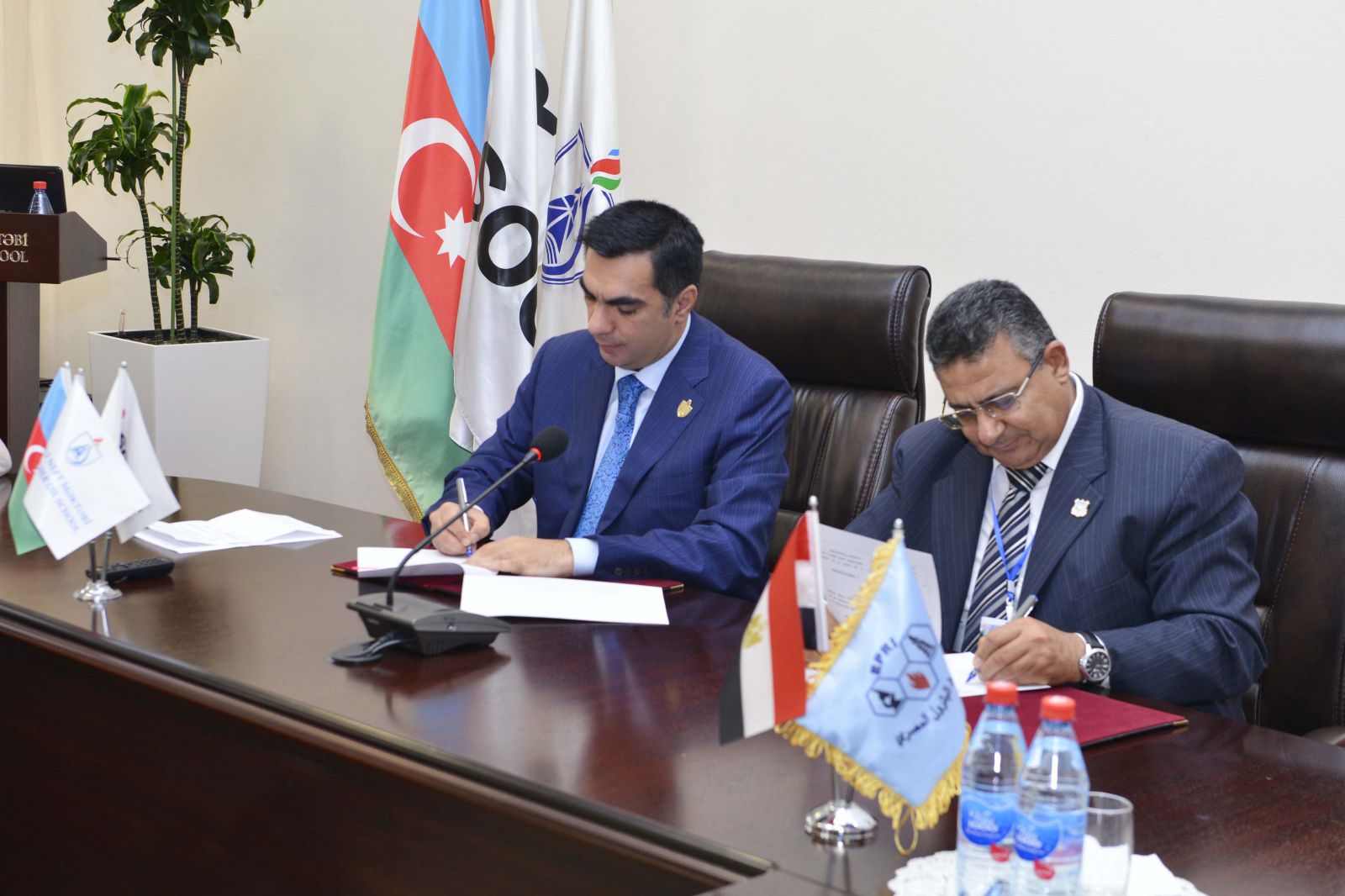 Delegation of Egyptian Petroleum Research Institute (ERPI) led by ERPI Director, professor Ahmad Mohammad Al-Sabah visited Baku Higher Oil School (BHOS) to discuss ways of developing cooperation in the field of science and education. During the visit, BHOS Rector Elmar Gasimov Mamedov and the Director Ahmad Mohammad Al-Sabah signed a Memorandum of Understanding between BHOS and ERPI. The signing ceremony gathered the Higher School teachers and staff members and officials from the Institute of Petrochemical Processes named after academician Mamedaliyev.

Having welcomed the guests, the BHOS Rector said that signing the Memorandum is a perfect example of successful development of ties between Azerbaijan and Egypt. He spoke about main directions and fields of future cooperation between two institutions, and about opportunities, which it provides to the Higher School teachers, professors and students. They include, among others, participation in ERPI scientific and research activities and Ph.D. programs on petrochemistry, oil processing, nanotechnology and other disciplines. Elmar Gasimov also thanked management of the Institute of Petrochemical Processes named after academician Mamedaliyev for facilitation of the visit.

Speaking at the ceremony, Director of Egyptian Petroleum Research Institute Ahmad Mohammad Al-Sabah expressed his gratitude to Elmar Gasimov for warm reception and for his interest in establishing partnership relations with ERPI. Having emphasized the importance of oil industry for both countries and scientific researches in this sector, he told about opportunities created at the Institute for conducting such researches. In his words, ERPI management is very interested in developing close cooperation with Baku Higher Oil School.

At the end of the gathering, BHOS teachers and ERPI scholars exchanged views and opinions about prospects of joint projects and research work in an informal setting.