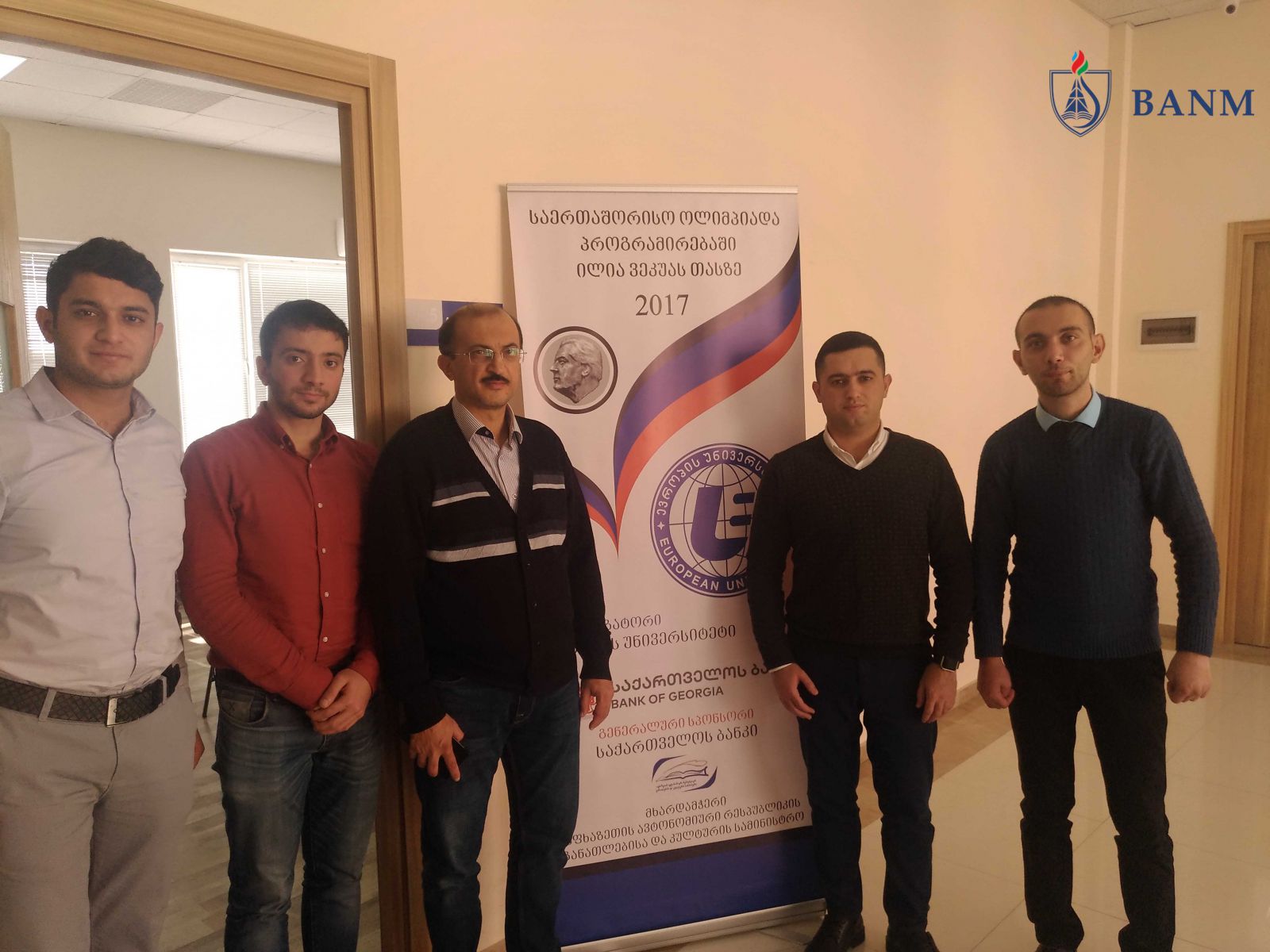 The contest gathered students from Azerbaijan, Georgia, Russia and Ukraine. In the first day, 117 students competed in the separate individual competitions. They were tasked to develop nine software programs in four hours and then test them with usage of automatic checkout system. On the second day, 99 teams participated in the team contest. The teams were assigned to solve 12 algorithmic problems in C, C++, Java or Python programming languages in five hours and also test them by automatic checkout system. At the end of the contest, results of the XI Programming Contest Ilya Vekua's Cup were announced and the winners received prizes and awards.

“Within two days young programmers competed in solution of various programming tasks and I am proud to say that BHOS students gained high achievements both as a team and individuals,” said Emin Huseynli.