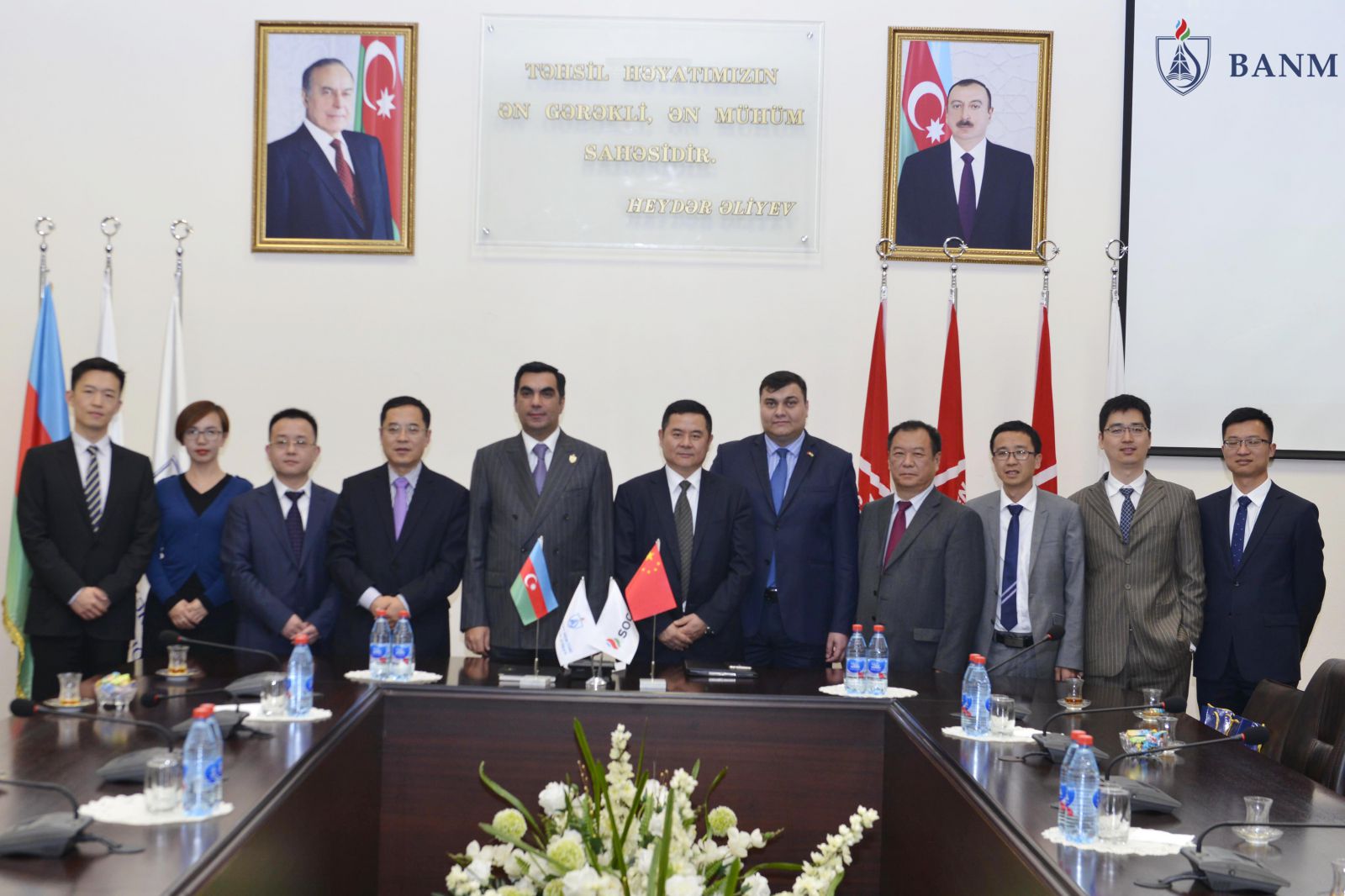 Rector of Baku Higher Oil School (BHOS) Elmar Gasimov met with a delegation of China Minsheng Investment Group (CMIG), a leading international private investment company. The meeting, which was held at BHOS, gathered CMIG Vice President Ma Shaoyin, President and Vice President of one of CMIG subsidiary companies Gu Minchi and Bay Baolin, and head of departments of the company.

Having welcomed the guests, the rector Elmar Gasimov informed them about main achievements and activities of the Higher School. Having said that more attention is paid now to usage of alternative sources of energy in Azerbaijan, he told that BHOS also participates in conducting research work in this field.

Vice President of CMIG company Ma Shaoyin thanked the rector and told about CMIG development and activities. He also spoke about latest achievements in usage of alternative energy sources and renewable energy resources in China. The Vice President expressed interest to cooperation with BHOS in this sphere and said that there are opportunities to develop partnership ties between the Higher School and leading Chinese universities in many fields including student exchange programs.

The Chinese delegation members emphasized that Azerbaijan occupies an important place in the company strategy of development international relations. Representatives of CMIG management expressed their willingness to provide financial support to BHOS projects on usage of new energy sources and render assistance in their implementation.

Then the guests were given a tour around the Higher School campus and were acquainted with laboratories and conditions created there for conducting research work at the campus.