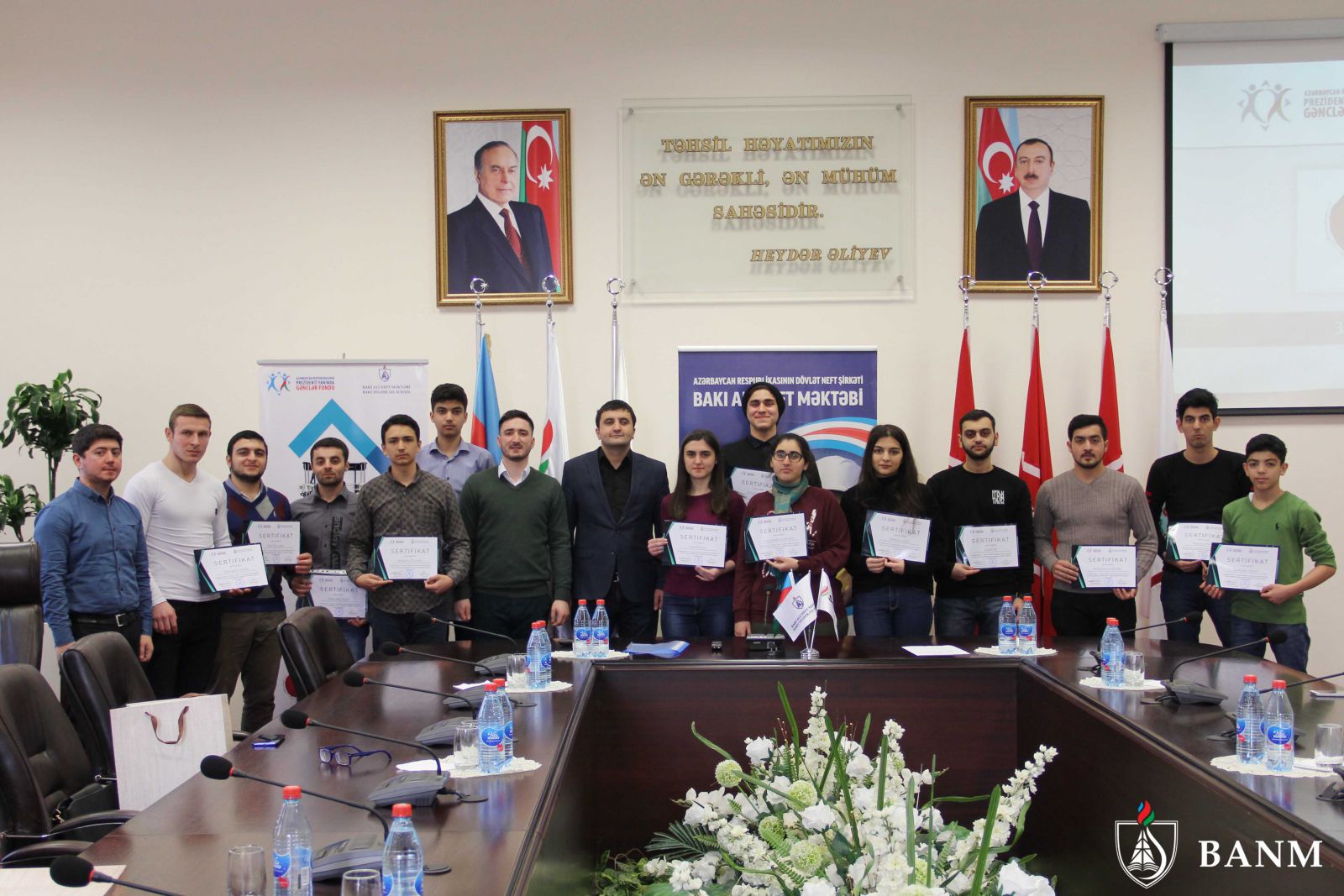 A closing ceremony of the project, which was carried out with support of BHOS, took place at the Higher School. It gathered a founder of Azerbaijan Robotics Engineering Academy Rahman Rasulzada as well as students of BHOS and other national universities participating in the project implementation. Speaking at the event, Rahman Rasulzada praised the activities of the Higher School and BHOS’ talented students and shared his views on 3D Printer Engineering for youth.

Five training programs were implemented under the project, which started on 23 December last year. The students gained theoretical knowledge of working principles of 3D printers, three-dimensional modeling, and computer-based design programs. They also attended practical lessons to obtain experience in working with 3D printers. At the project closing ceremony, the successful participants were awarded with certificates and memorable gifts.