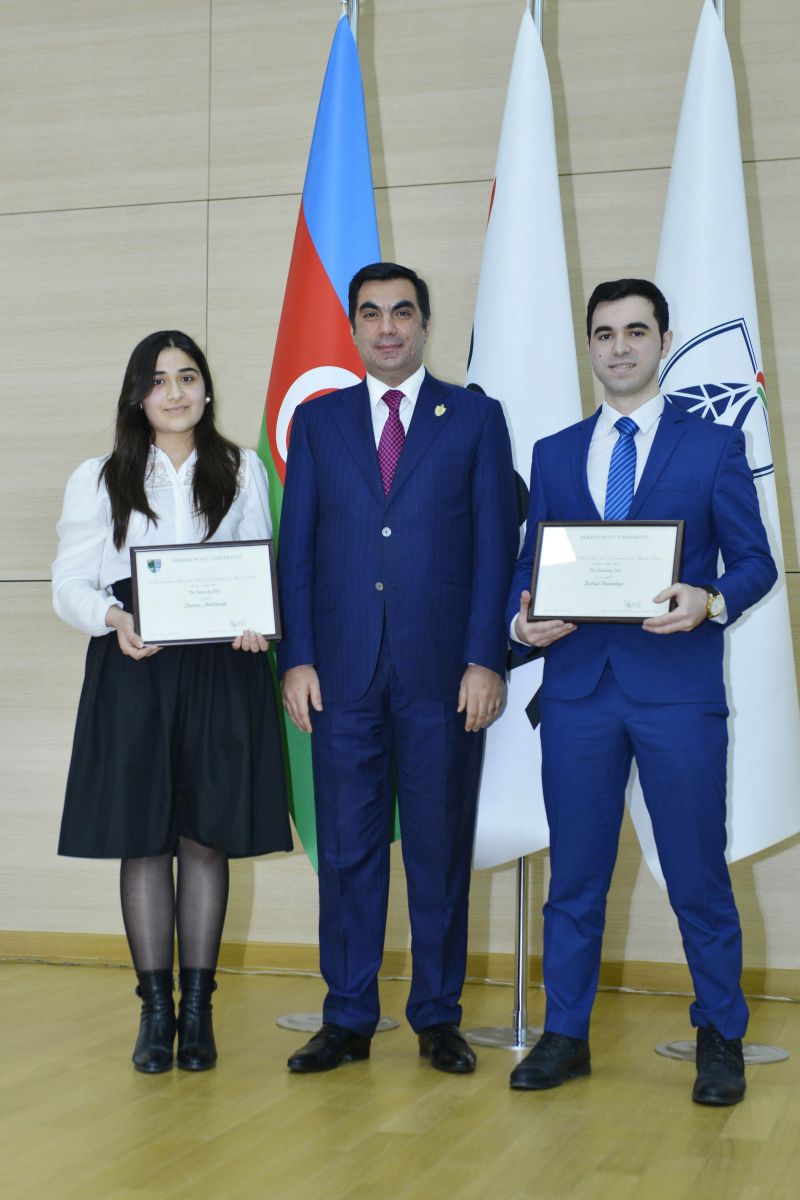 Teaching programs at the Higher School, which has been training specialists for oil and gas industry in partnership with the Heriot-Watt University (HWU) since 2012, are based on the HWU curriculum. Within this cooperation, representatives of the university administer term exams at the Chemical Engineering and Petroleum Engineering departments. Upon the results of the exams conducted at the HWU’s branches and partner universities, these two BHOS undergraduates who earned highest points were recognized as best students of the year.

“I’ve always been among the five best students because of the average marks I’ve been receiving at the exams at BHOS. Now I am among those 21 out of 50 undergraduates at our department who are selected for participation in the dual diploma program,” says Narmin. She actively participates in the Higher School social life and has presented reports at the conferences held to commemorate birth anniversary of the national leader Heydar Aliyev. Narmin has undertaken on-the-job training at various enterprises including Heydar Aliyev Oil Refinery, “Azərikimya” Production Union and Petkim Petrokimya Holding A.Ş. in Turkey.

Rashad Nazaraliyev became interested in chemistry, while at a secondary school. In 2009/2010 academic year, he participated in the academic competition in chemistry among schoolchildren and became the winner. Being a BHOS student, Rashad also presented speeches at the conferences dedicated to the birth anniversary of the national leader Heydar Aliyev, made reports on the topics such as Synthetic Drilling Fluids and Application of Nanotechnology to Enhance Oil Recovery and received certifications for successful participation in the events. In the framework of on-the-job training program for the Higher School’s undergraduates, he undertook summer internship at BP.

At the entrance exams to BHOS, Narmin Abdullazada and Rashad Nazaraliyev earned 652 points and 677 points respectively.