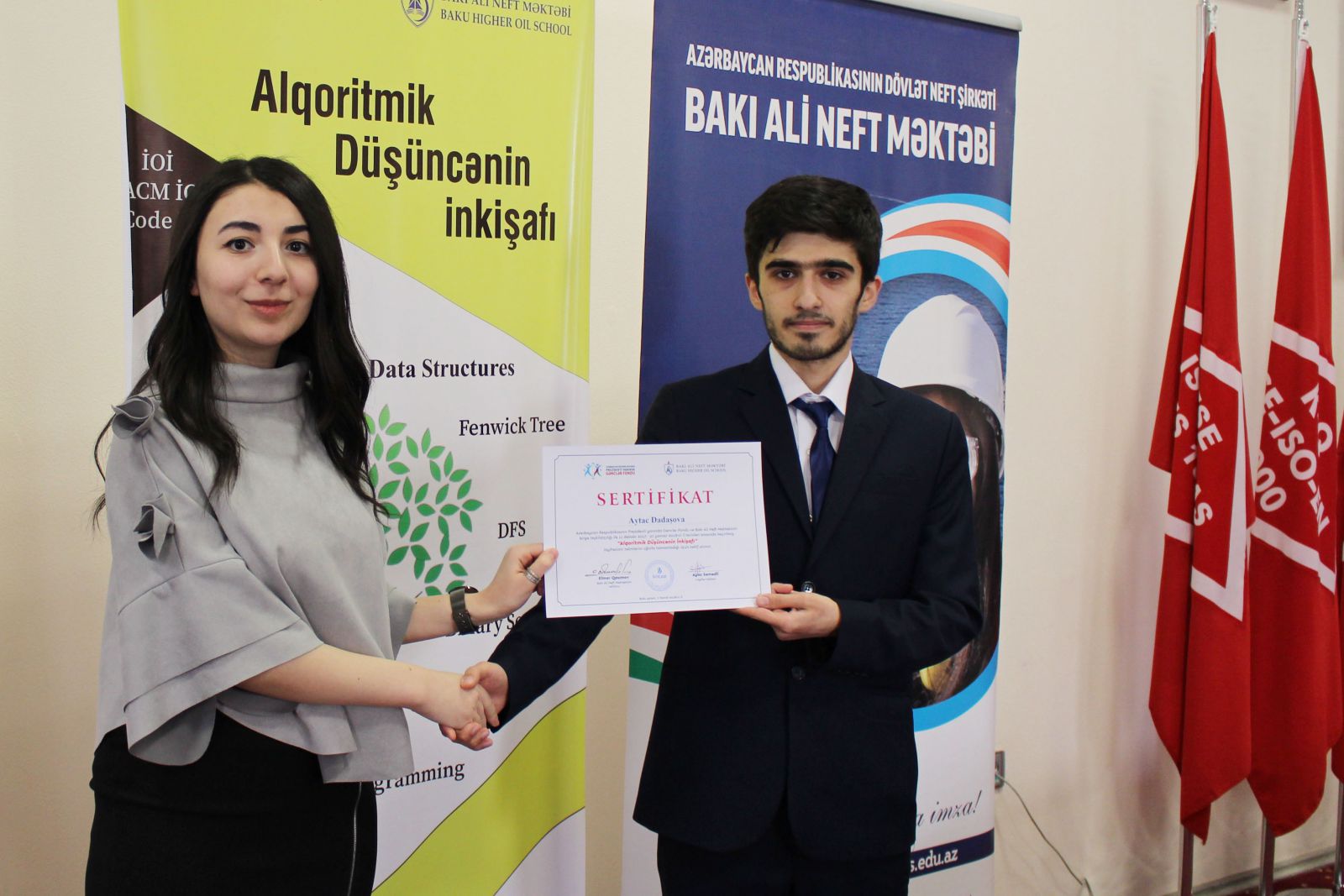 A fourth-year Process Automation Engineering student of Baku Higher Oil School (BHOS) Ayaz Samadli, who became a winner of 10th Grant competition conducted by the Youth Foundation under the President of the Azerbaijan Republic, has successfully completed a project entitled "Development of Algorithmic Thinking". The Higher School provided the organizational support to the project implementation.

The final stage of the project, which was held at BHOS, gathered teachers of the Process Automation Engineering department including senior instructor Suleyman Suleymanzadeh and senior lecturer, Head of “Internet of Things” laboratory Abbas Alili, as well as students of the Higher School and other national universities. The project author Ayaz Samadli gave detailed information about objectives and prospects of the project. The project comprising ten training sessions started on December 11, 2017, he said. Participation in the project was held through competition and the first 28 winners gained the right to take part in it. Students from six leading universities of the country, as well as pupils of the lyceum named after academician Zarifa Aliyeva, attended the training courses. The participants learned about algorithms and data structures and importance of their application, and practiced their theoretical knowledge through the e-olymp.com site, which is a system of code-based evaluation. At the end of the training, a special contest was held among the participants to evaluate the knowledge and skills they gained.

Speaking at the event, senior teachers of the Process Automation Engineering department Abbas Alili and Suleyman Suleymanzadeh wished the students every success in their future activities. The participants talked about importance of their involvement in the training courses aimed at developing of algorithmic thinking and shared their views on the ways of applying their new knowledge. The students who successfully participated in the project were awarded with certificates and the contest winners were presented with various gifts.