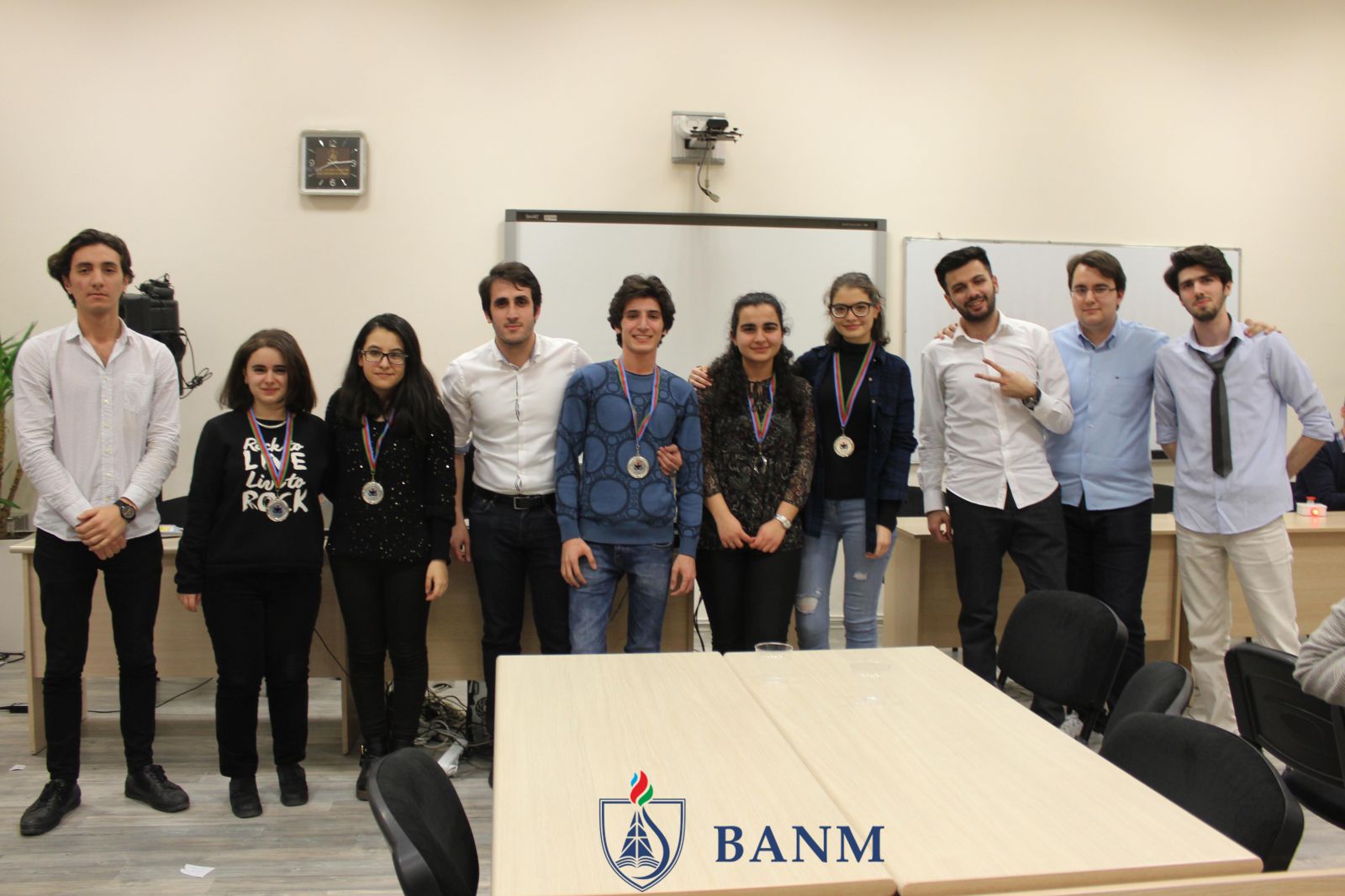 This musical contest, which is also an intellectual game, has been conducted by the “Brain Master” the third year in a row. The winner is selected based on the number of correct answers given by the participating teams. This year, “Royal Flush” team won the first place. “The Mem”, “Inferno” and “Apocalyptica” teams took the second, third and fourth places respectively. The winning teams received Cups and medals. For the best performance, a third-year student of the Higher School Fidan Gasimova was awarded in the category “Master of Music”.