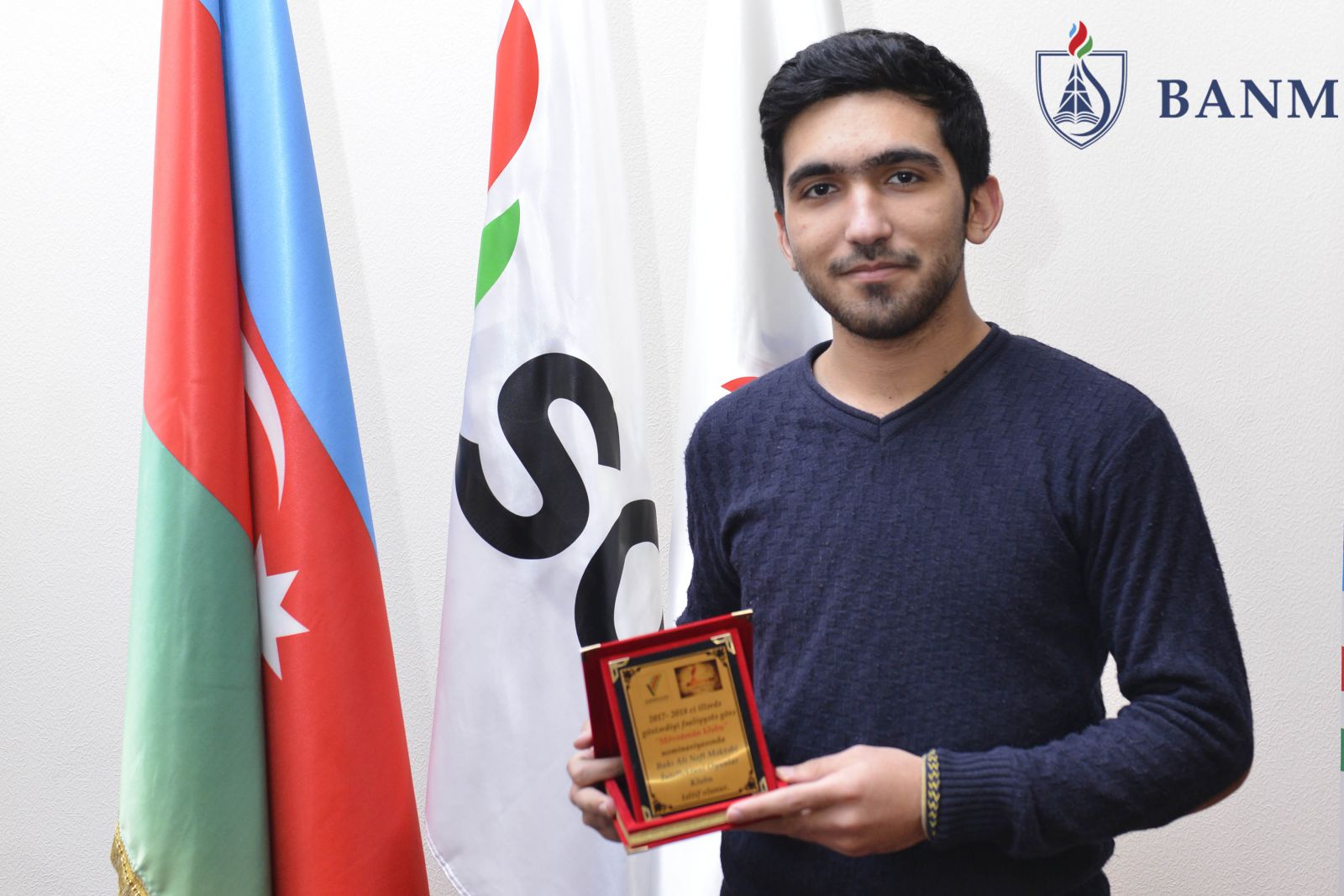 Intellectual Games Club of Baku Higher Oil School (BHOS) operating since 2013 has received a title of the “Club of the Season”. It has been awarded by the national Intellectual Games Club of Azerbaijan for its activities in 2017-2018. Within this period of time, the BHOS club has conducted several tournaments and contests including «Black Oil, Bright Minds 2», «Libertatem» tournament to commemorate the Day of Independence of the republic, and «Fourth Foundation Championship» among first-year undergraduates.

The main objective of the club’s activity is to help organize BHOS students’ leisure time and contribute towards their intellectual development and creative thinking. The club members actively participate in local and national events by the Intellectual Games Club of Azerbaijan, which include, among others, popular intellectual games “Hamsa”, “What? Where? When?” and “Brain Ring”.

The club chairman, third-year Chemical Engineering student Asad Asadly comments: “In addition to arranging tournaments at the Higher School and participating in national events, we also conduct outreach sessions in regions. Our games usually gather about 100-150 students, which speaks about their high interest in the events. Recently, we have started using new BANM İOK APP computer program entirely designed by the BHOS students. It allows for participating in the tournament and answering questions irrespective of the player’s whereabouts. The program was tested and proved to work properly. Now we start working on new projects. We will announce them soon!”