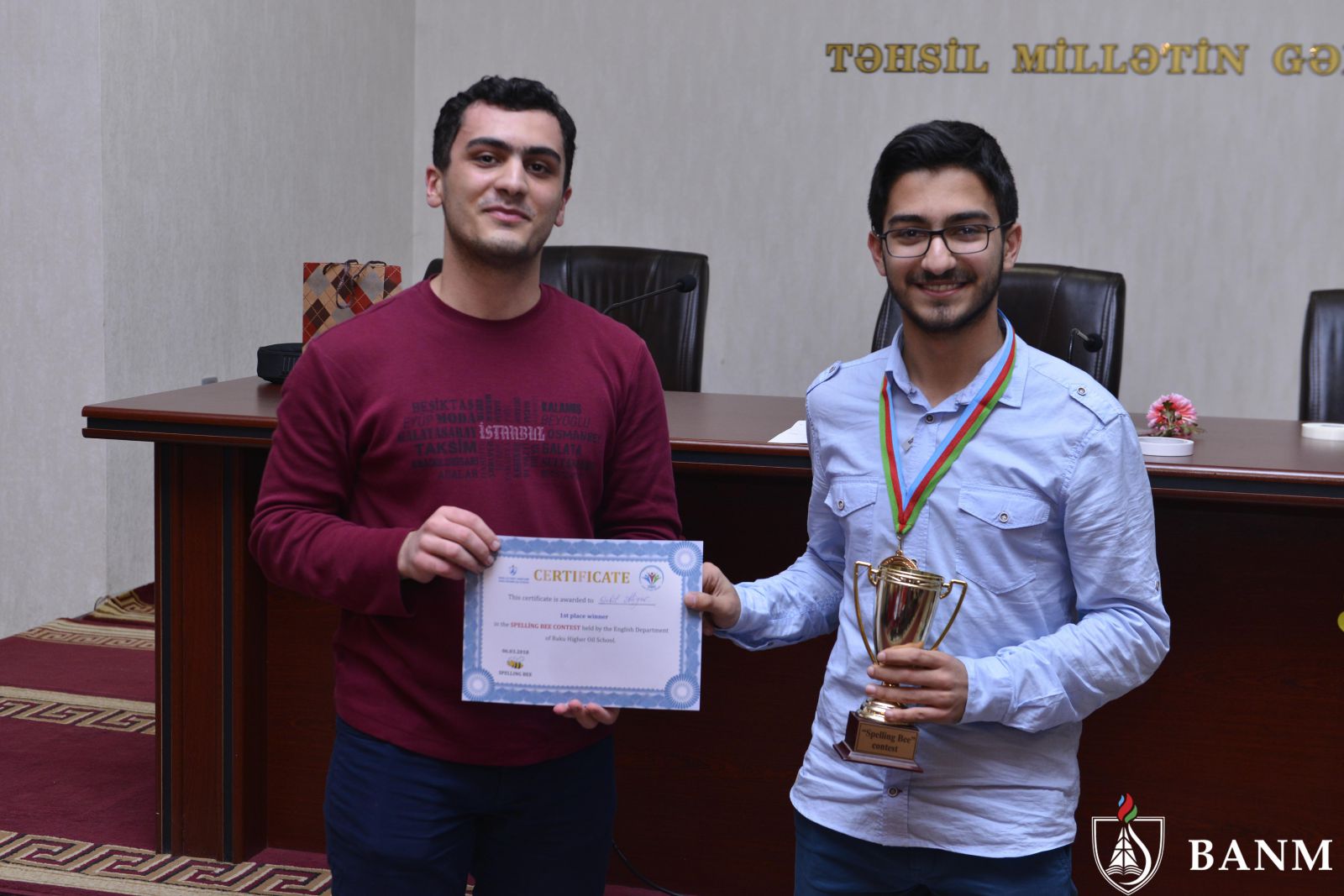 Student Senate of Baku Higher Oil School organized a Spelling Bee Contest for BHOS first-year (Foundation course) students. About 40 undergraduates attended the event, which was aimed at testing their English language skills, raising their interest in studies and helping them to be better prepared for the IELTS exam, as all subjects at the Higher School are taught in English.

As per the rules, those students who did not know words had to drop out of the contest, while others continued to compete. First-year Chemical Engineering student Gabil Aliyev took the first place. He received the Cup and the title of SPELLER OF THE YEAR. Elmir Akmedov and Asadulla Jamalov took the second and third places respectively. All winners were awarded with medals, certificates and prizes.