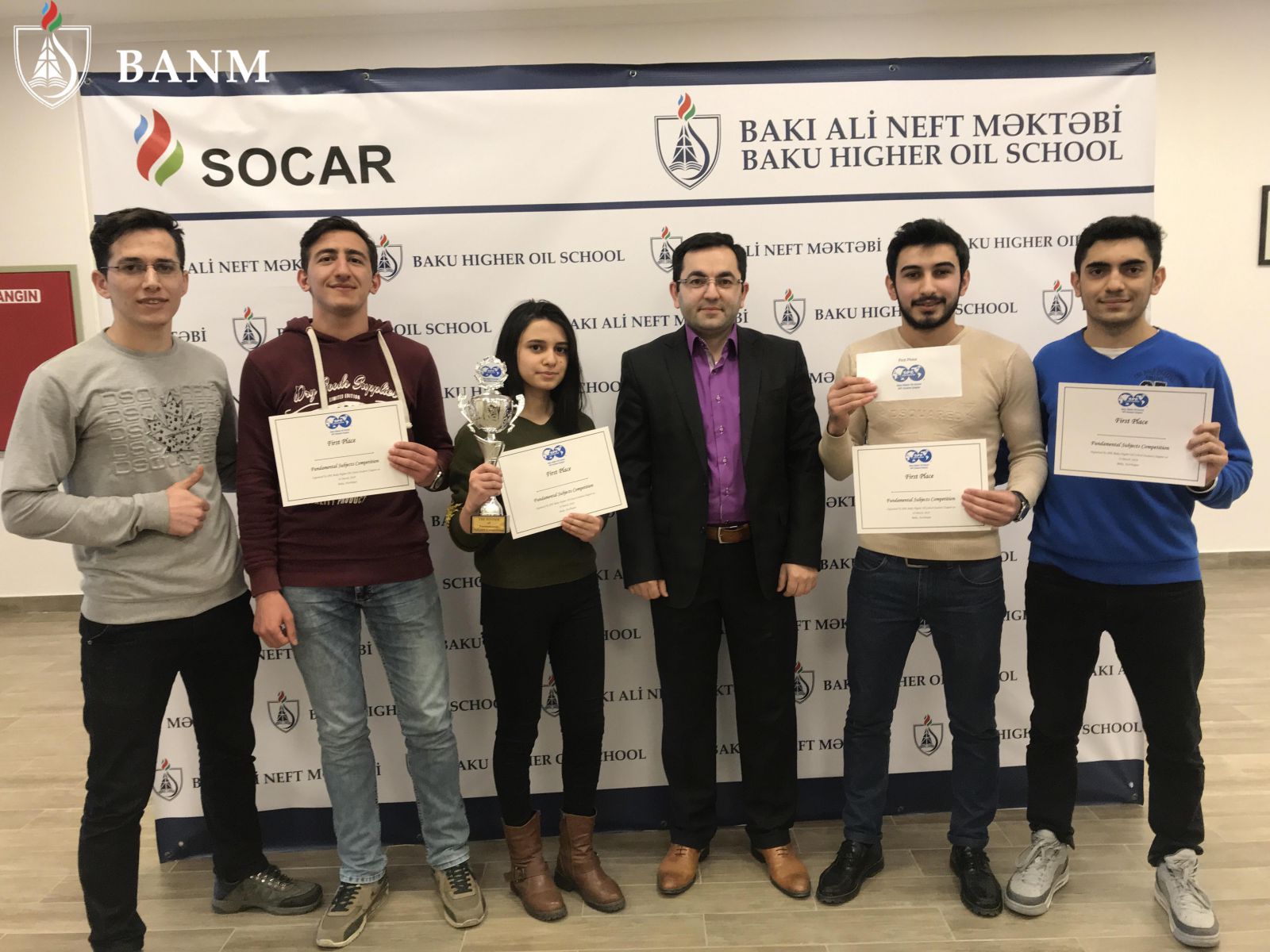 Student Chapter of the Society of Petroleum Engineers of Baku Higher Oil School conducted Fundamental Subjects Competition at the BHOS new campus to commemorate Pi Day, which is an unofficial celebration of the mathematical constant π (pi) observed annually on March 14.

More than 20 student teams from various national universities participated in the contest. The fundamental subjects of the competition included physics, mathematics and logic. BHOS professor Siyavush Azakov and senior teacher Tural Abdullayev prepared the questions for the competition. The Higher School representatives won the contest and took the first, second and third places.

Below is the list of the winning teams and their members.

The winning teams were awarded the Cup, certificates and cash prizes.