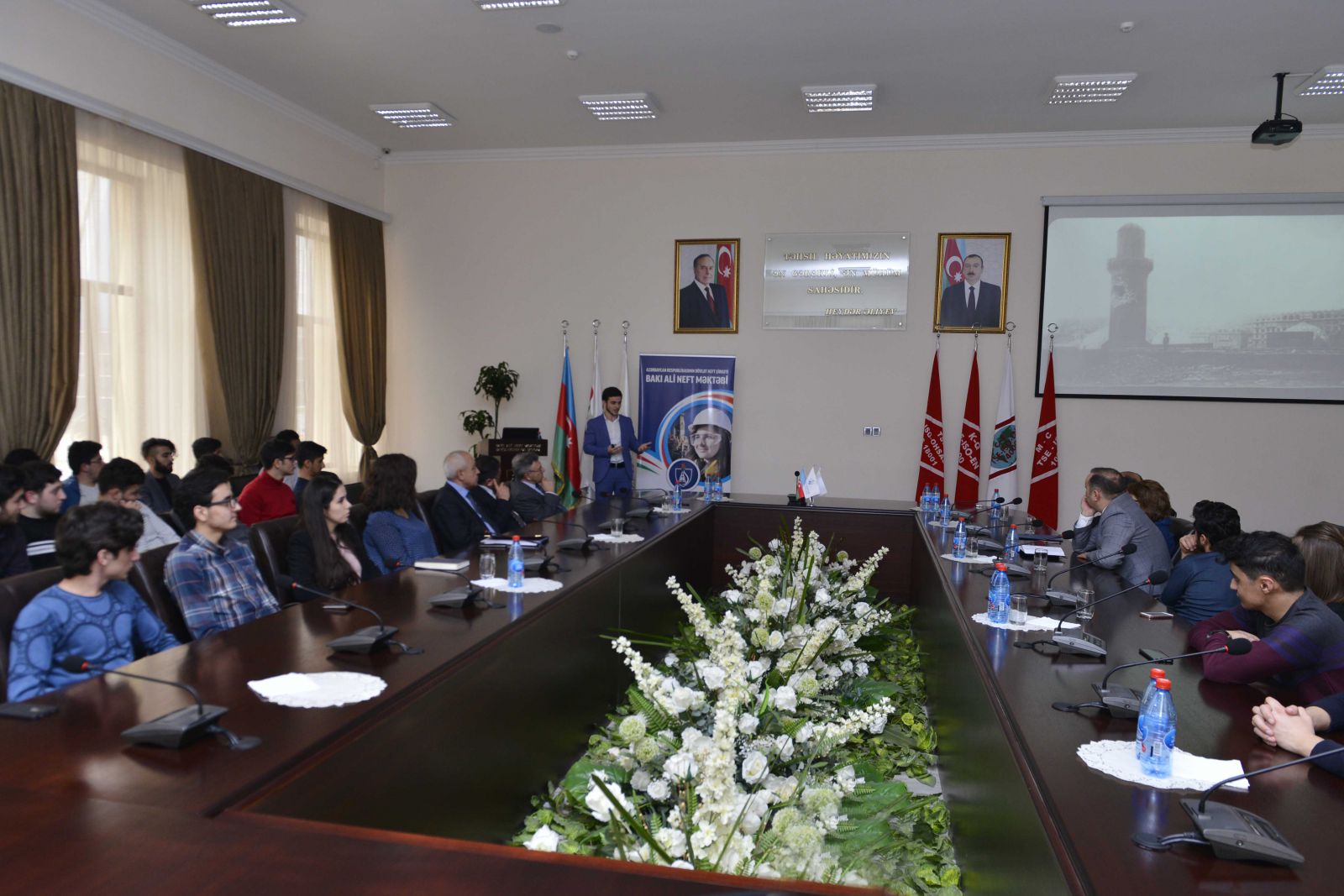 Baku Higher Oil School (BHOS) hold a special event dedicated to the Day of Genocide of Azerbaijanis, which is commemorated on March 31. It gathered the Higher School management, administration, teachers and students.

At the beginning, a moment of silence was observed to honor the memory of the victims of the tragic events in Azerbaijan in 1918.

Speaking at the meeting, BHOS Vice rector for Training and Science Ramiz Humbatov told about importance of raising the world community’s awareness of the 1918 March Genocide committed by Armenian nationalists. He reminded that these tragic events received a proper legal and political assessment and drew attention of the international community only after the national leader Heydar Aliyev signed the Decree “On the genocide of Azerbaijanis” on March 26, 1998.

PhD in History, associate professor of the Higher School Alemdar Shahverdiyev made a brief report about the genocide in March 1918. Then he gave the floor to BHOS students. Third-year Petroleum Engineering student Gurban Hasanov delivered a presentation entitled “Causes and consequences of March Genocide”. He told about crimes committed by Armenian armed forces led by Shaumyan, the leader of the Baku Commune, against thousands of Azerbaijani civilians in Baku and the suburbs. On 31 March and in the first days of April, Armenian-Dashnak units numbering 10,000 gunmen killed 12,000 Azerbaijani civilians many of whom were women and children, burned dwelling houses and destroyed historical monuments.

During his presentation entitled “1918 March Genocide and Historical Truth”, fourth-year Petroleum Engineering student Rufat Abdullayev spoke about genocide of Azerbaijanis committed not only in Baku, but also in Shamakhi, Guba, Khachmaz, Lankaran, Hajiqabul, Salyan, Garabagh, Nakhchivan and other regions. During those bloody events, thousands of Azerbaijanis were tortured with unparalleled cruelty and brutally murdered in their homes, while hundreds of settlements were destroyed and burned.

At the end of the meeting, a video clip highlighting genocide of Azerbaijanis in March 1918 was shown.