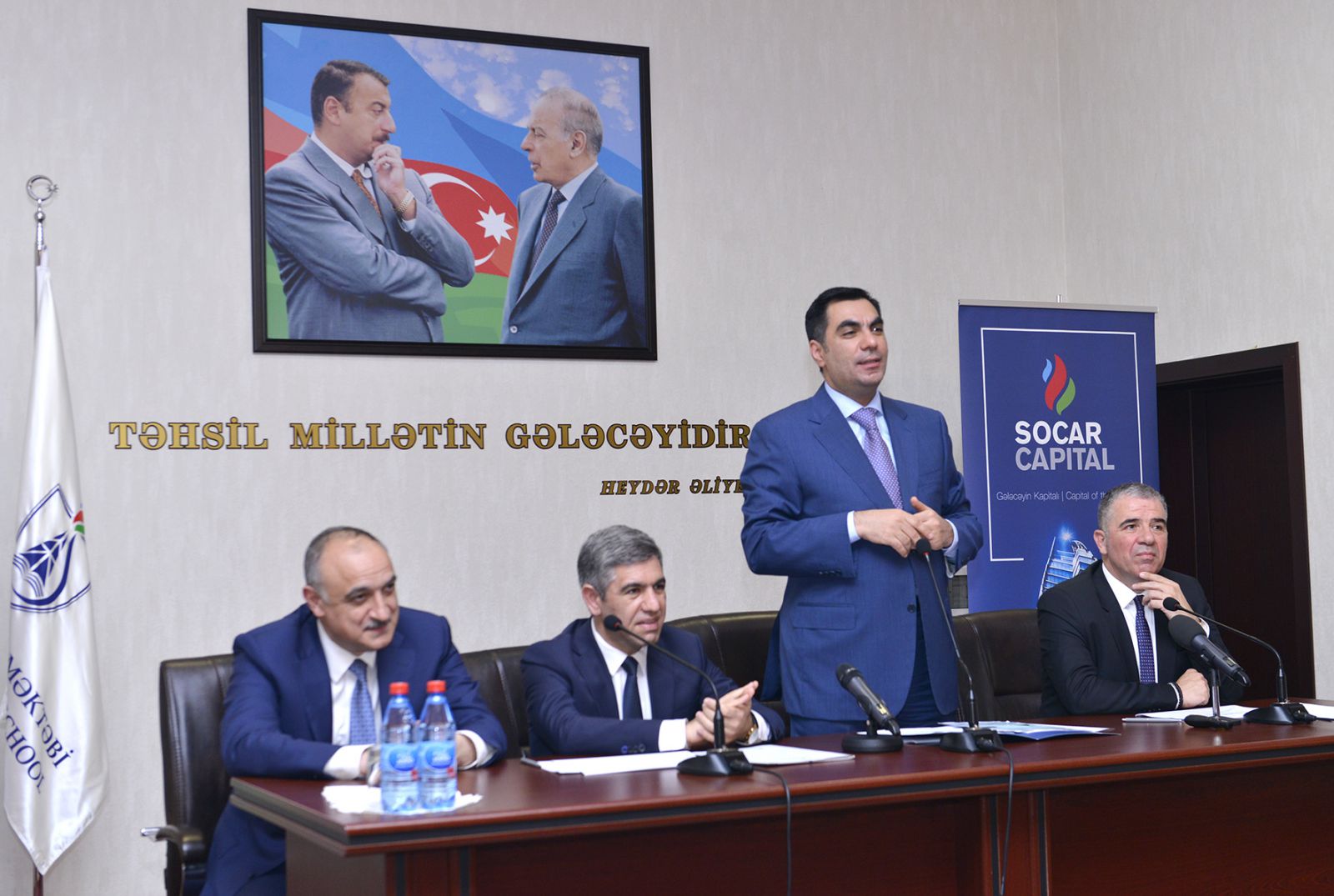 Opening the conference, BHOS rector Elmar Gasimov welcomed the participants of the event. Underlining the significant role of financial markets in the development of global economy, BHOS rector said that these processes also affected Azerbaijani economy and economic development of the country, which receive special attention from the state. In his words, establishment of SOCAR Capital within SOCAR group of companies in 2016 became one more the step undertaken by the government in this field. Elmar Gasimov highly praised the role of the company in the world capital markets and its activity in raising society awareness of the significance of investment and financial projects and initiatives.

At the beginning of the conference, a video highlighting SOCAR Capital activity was shown.

The chief adviser of SOCAR on the securities issue, member of the Advisory Board of SOCAR Capital Ali Agaoglu made a presentation entitled “Economy 2.0”. It covered issues related to recent trends and innovations in the development of global capital markets seriously influenced by new technologies. These changes, among others, led to appearance of new products and services including crypto currency, he said.

The second presentation made by Ali Agaoglu was dedicated to securities issued by SOCAR. The speaker also told about their significance for business, population, the society and the state. In his words, SOCAR securities, which are sold at a discount and secured by the guaranty from the company, have captured the interest of the population.

Then economist Vugar Bayramov made a presentation entitled “Innovative Economy: Challenges and Perspectives”. He provided detailed information about innovative economy, latest developments and changes in the labor, financial and capital markets of Azerbaijan and innovations introduced in the national economy.

During discussions of the conference topics, the participants pointed out the importance of such events aimed at raising young people’s awareness and understanding of innovative processes in economy. The conference concluded with questions and answers session.