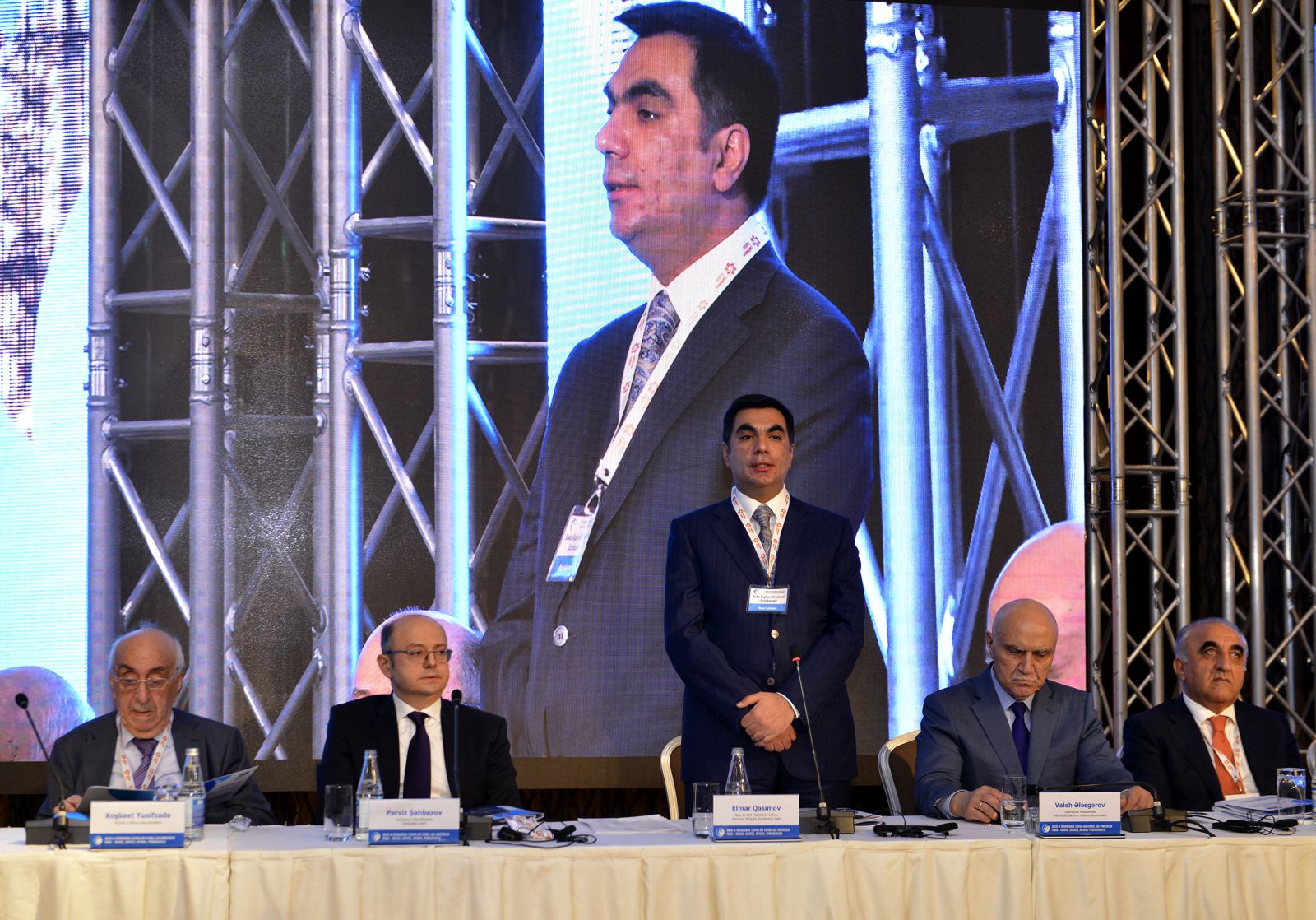 SOCAR III International Caspian and Central Asia Downstream Forum on Trading, Logistics, Refining, Petrochemicals organized jointly by Baku Higher Oil School (BHOS) and Confidence Capital company (UK) has started on April 23, 2018 in Baku. The number of its attendants has significantly increased since last year. Among experts and managers of state organizations and transnational companies, there are 72 participants from Azerbaijan, 49 representatives from Russia, 32 delegates from Kazakhstan, 53 participants from Austria, France, Germany, Great Britain, Italy, Poland, Spain, Switzerland and other European countries, 19 delegates from Iran, Singapore, Turkmenistan, UAE, Uzbekistan and other Asian countries, and a representative of Columbia.

Opening the gathering with a welcoming speech, BHOS Rector Elmar Gasimov emphasized that SOCAR III International Caspian and Central Asia Downstream Forum is dedicated to the 95th anniversary of the National Leader of Azerbaijan Heydar Aliyev. In his words, the forum is taking place in the remarkable time for Azerbaijan, in a short time after the President of the Azerbaijan Republic Ilham Aliyev was re-elected as the head of the state of Azerbaijan. On behalf of the forum participants, the rector extended his congratulations to the whole Azerbaijani nation and expressed confidence in the country’s further development and prosperity.

The annual SOCAR Forum which has become a traditional event is a unique platform for covering the country’s oil strategy which is being successfully implemented under the leadership of the President of the Azerbaijan Republic Ilham Aliyev, told Elmar Gasimov. It gives all delegates and participants ample networking and information exchange opportunities on the key issues of oil and gas industry development and the major international projects in trading, logistics and refining in the Caspian region and Central Asia. “Participation of about 230 managers and experts from the major oil and gas enterprises of nearly 30 countries is a clear indication that Azerbaijan occupies a leading position in the development of the global energy industry today,” the rector said.

Then a short documentary featuring the life and multifaceted activities of the national leader of Azerbaijan Heydar Aliyev was demonstrated.

Speaking at the opening ceremony, Minister of Energy of the Republic of Azerbaijan Parviz Shahbazov, Deputy of the Chairman of the Milli Mejlis of the Azerbaijan Republic Valeh Alasgarov, the First Vice President of SOCAR, academician Khoshbakht Yusifzade, BP Azerbaijan, Georgia and Turkey region Vice president Bakhtiyar Aslanbayli, rector of Baku State University, academician Abel Maharramov and rector of Azerbaijan State University of Economics Adalat Muradov welcomed the participants and wished them successful and productive work.

During the first three days of the forum, nearly 40 speakers from 30 countries will make presentations and provide an overview of petrochemical industry in Azerbaijan and other Caspian countries, prices and target markets for oil and oil products, and gas production prospects and export routes. The delegates will also focus on commercial positioning and prospects for development of refining facilities, analyze supply and demand for petrochemical products, and discuss current markets and potential export routes for them from the region. On April 26, they will make technical visits to the facilities of Heydar Aliyev refinery and Oil Gas Processing and Petrochemical Complex in Sumgayit.