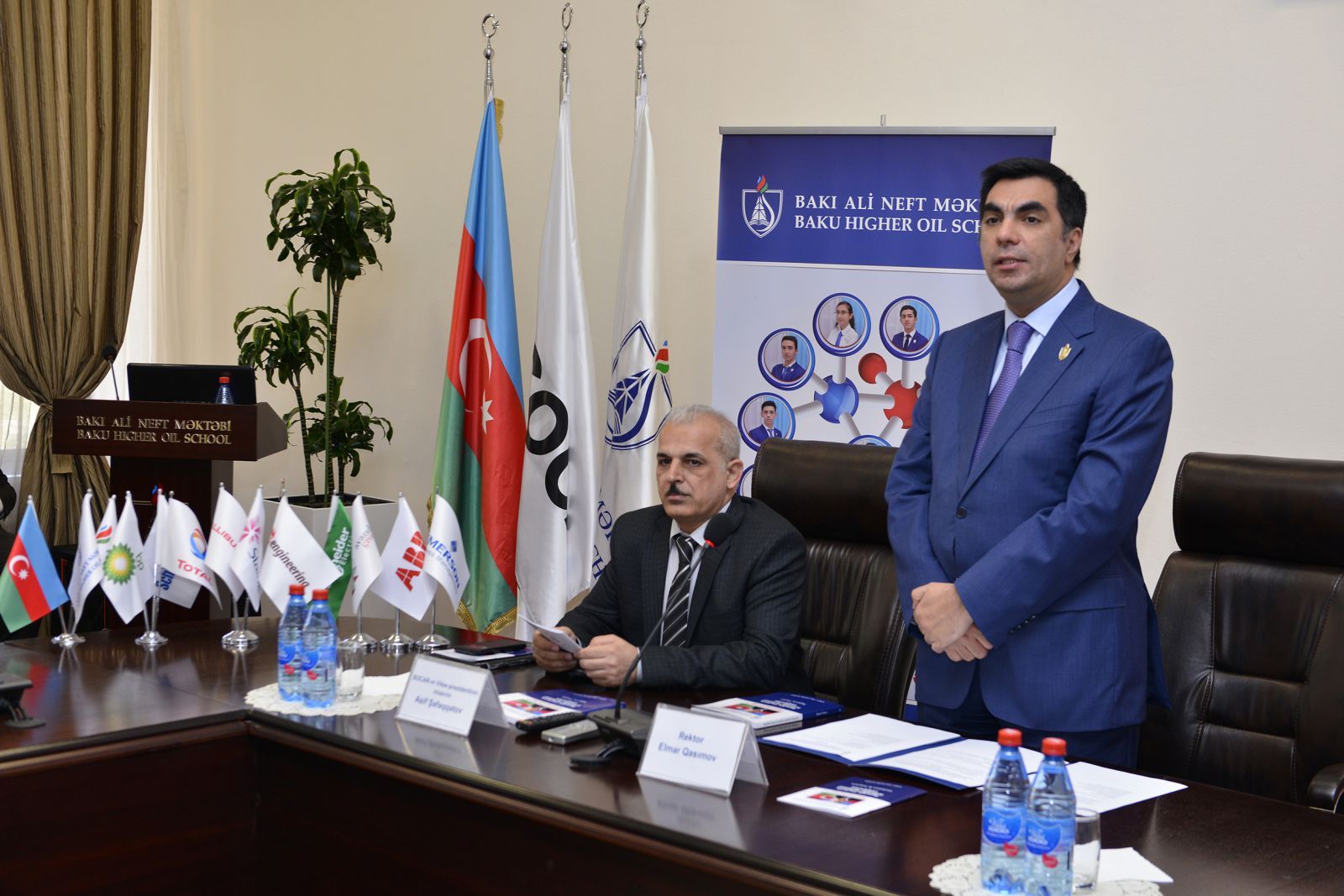 In his opening speech, the rector Elmar Gasimov welcomed all guests and participants of the annual Students’ Scientific and Technical Conference. This year the event is conducted for the sixth time and is dedicated to the 95th anniversary of the National leader Heydar Aliyev to show respect for, and pay honor to, the great political leader, he said. In the rector’s words, the conference aims to raise interest of young people in scientific and research work, help them to gain deeper knowledge of technical subjects and promote their information and expertise exchange.

SOCAR Deputy Vice-President for Human Resources, IT and Regulations Asif Shafaggatov told about the close attention paid by the President of Azerbaijan Ilham Aliyev to young generational of the country. He emphasized that issues of students’ involvement in the development of science and technical disciplines remains a priority of the state educational and youth policies.

In the first day of the conference, five plenary sessions were held. Then the participants will continue their work in the following sections: Heydar Aliyev and Economic Development of Azerbaijan in 1969-2003, Petroleum Engineering, Physics and Mathematics, and Process Automation Engineering. In total, the participants representing about 10 national universities will submit nearly 70 reports, out of which 35 are prepared by the BHOS students.

The best student works selected by the conference jury will be presented at the closing session. Their authors will receive first and second degree diplomas and special awards from the event sponsors. Support to the conference was provided by SOCAR, SOCAR AQS, ABB, Avandsis Group, BP, Confidence Capital, Emerson, Halliburton, Schlumberger, Schneider Electric, Statoil, Total, TP Engineering and other companies, which have developed long-term cooperation with the Baku Higher Oil School.