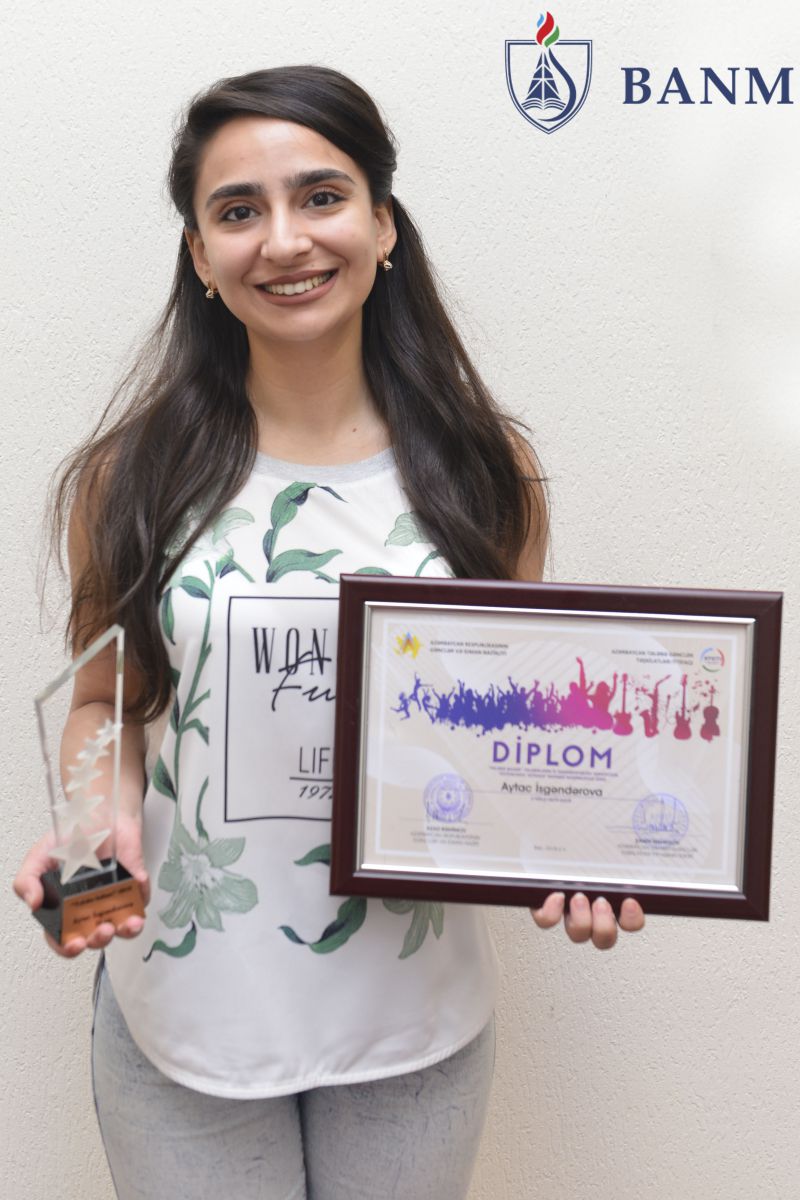 Second-year Petroleum Engineering student of Baku Higher Oil School (BHOS) Aytaj Iskenderova came second in the Pop Music category in XI National Festival of Student Creativity entitled “Student Spring”. The Festival, which has been conducted by the Ministry of Youth and Sports of Azerbaijan since 2007, aims at support of young talents and creating favorable conditions for development of art skills of the young generation.

At the qualifying rounds, which gathered more than 800 students from 15 higher educational institutions of the country, Aytaj performed the Let Her Go song and accompanied to herself on the piano. She was selected for the participation in the gala concert held in the Azerbaijan State Musical Theatre, where she performed «Sunny», a popular song of the legendary group Boney M.

“To be honest, there were some difficulties, taking into account the fact that the majority of the students were taking lessons with professionals, whereas I did not have such a chance. Moreover, it was the first time I participated in the contest in Azerbaijan, so I am very proud that I successfully represented the Higher School at this prestigious event,” says Aytaj.

As a winner of XI National Festival of Student Creativity, Aytaj Iskenderova was awarded a diploma and a goblet with engraving.