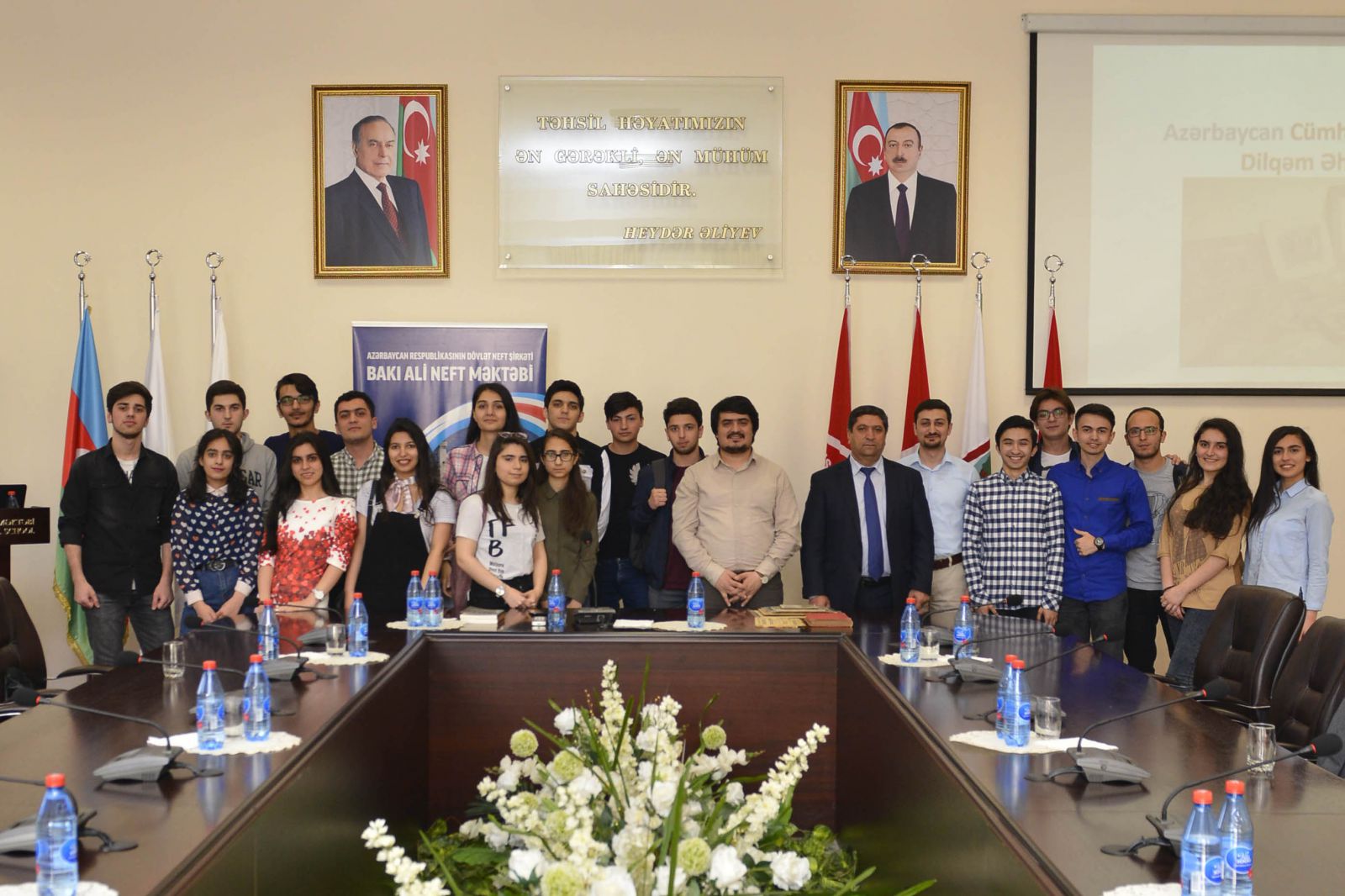 Baku Higher Oil School (BHOS) hosted an exhibition dedicated to 100th anniversary of the Azerbaijan Democratic Republic (ADR). It was arranged with support from the Higher School’s Student Trade Union and was conducted by well-known publicist and researcher Dilgham Ahmed who presented historical publications, letters and photos, which he had been collecting since 2012. All these materials feature ADR history and activities as well as lives of the ADR founders and leaders.

First-year Chemical Engineering student, Chairman of the first course trade union committee Rashad Akhmedov opened the exhibition and introduced Dilgham Akhmed. Dilgham Ahmed is an author of many essays and articles about the Azerbaijan Democratic Republic and collector of historical documents reflecting the ADR, which was the first parliamentary republic in the East.

In the presentation for the students, he told about prominent statesmen, politicians, social leaders, scholars, writers, educators and other well-known public figures of Azerbaijan in the first quarter of the XIX century including, among others, Mammad Amin Rasulzadeh, Fatali Khan Khoyski, Nasibbey Yusifbeyli, Alimardan Topchubashov, Jamo bey Hajinski,

BHOS students attending the meeting showed a great interest in the photos, letters and other historical materials covering ADR history, which were saved by Dilgham Ahmed from loss or destruction. At the end of the presentation, he answered numerous questions about his activities during six years on the search and collecting unique documents related to ADR and activities of its leaders.

Dilgham Ahmed who devoted many years to studying and publicizing this period of Azerbaijani history is an author of books “Others” and “Return of Emigrants” that tell about the Azerbaijan Democratic Republic and the destiny of ADR founders after its fall.