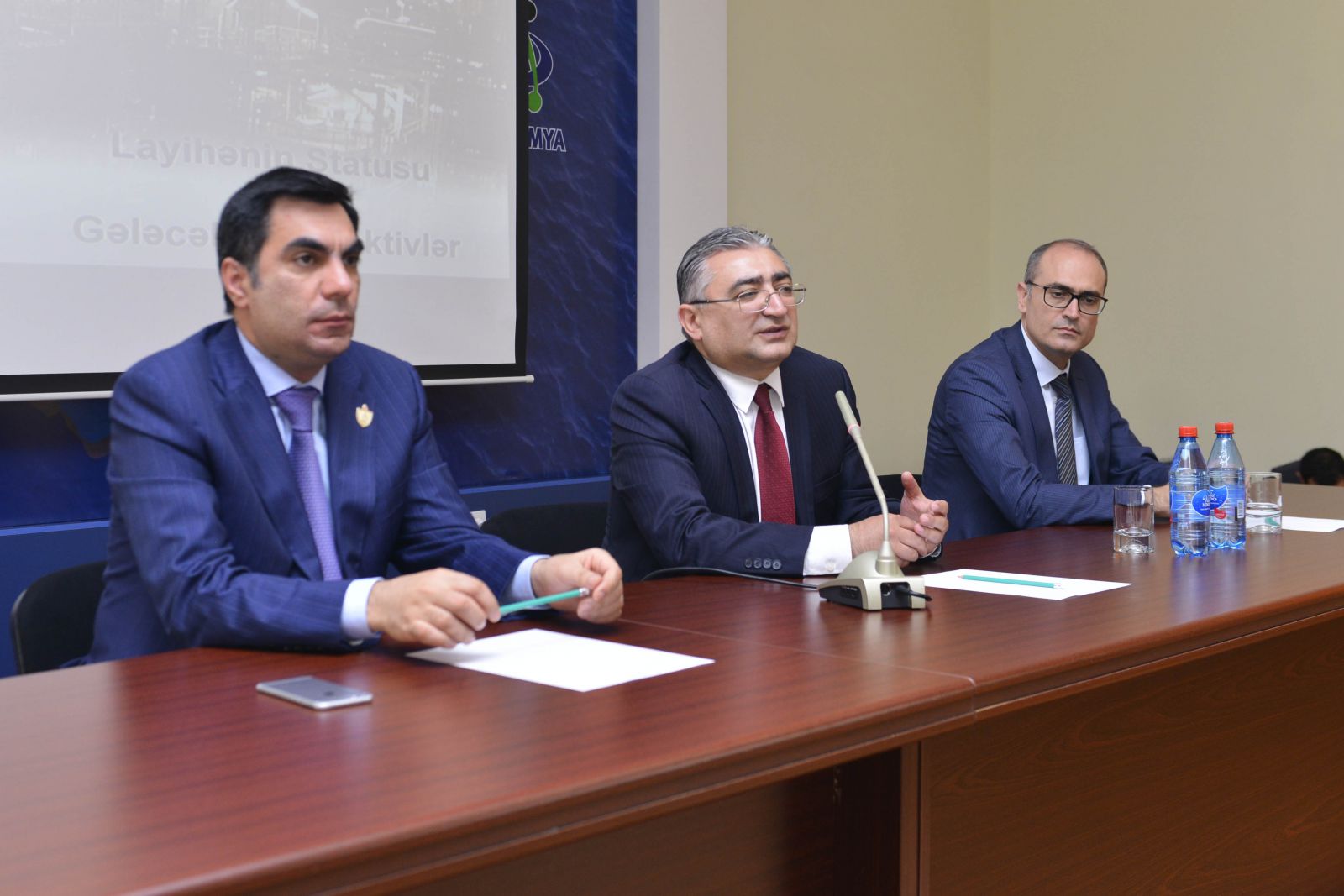 The management of the SOCAR Carbamide Plant has held  a meeting with students of Baku Higher Oil School (BHOS) and. The meeting was attended by BHOS rector Elmar Gasimov, BHOS fourth and fifth year students on the Process Automation Engineering programme, Plant director general hayal Jafarov, other representatives of BHOS and the plant. During the meeting director of the Carbamide plant Khayal Jafarov made detailed presentation on the plant for BHOS.

He said that the main purpose of the plant was to produce the necessary fertilizers to increase the productivity of country's agricultural land. At the same time this would help to reduce the outtflow of hard currecny to purchase fertilizers abroad. Mentioning that 99% of construction was completed Khayal Jafarov underlined that in upcoming August ammonia is expected to be the first product and later the production of carbamide will be launched.

In addition, he underscored that principles of environmental protection and security were constantly in the forefront. Khayal Jafarov said that they have a great need for staff such as BHOS students, who are young, professional and proficient in English.

BHOS rector Elmar Gasimov extended his gratitude to Khayal Jafarov and his staff for organizing the meeting and taking an interest in the BHOS students. The Rector said that BHOS graduate engineers's international-standard education and proficiency in English allowed them to pursue successful careers at various SOCAR enterprises and in leading transnational companies, giving them an advantage  over other candidates in terms of knowledge and experience. “I am convinced that our students will join internship programs of the Carbamide Plant and will make a successful contribution to its work”, Elmar Gasimov said .

Then students raised questions of structure of the plant, work principles and future plans. In conclusion, the tour around the plant was organized for BHOS staff and students enabling them to be familiarized with activities of the plant.