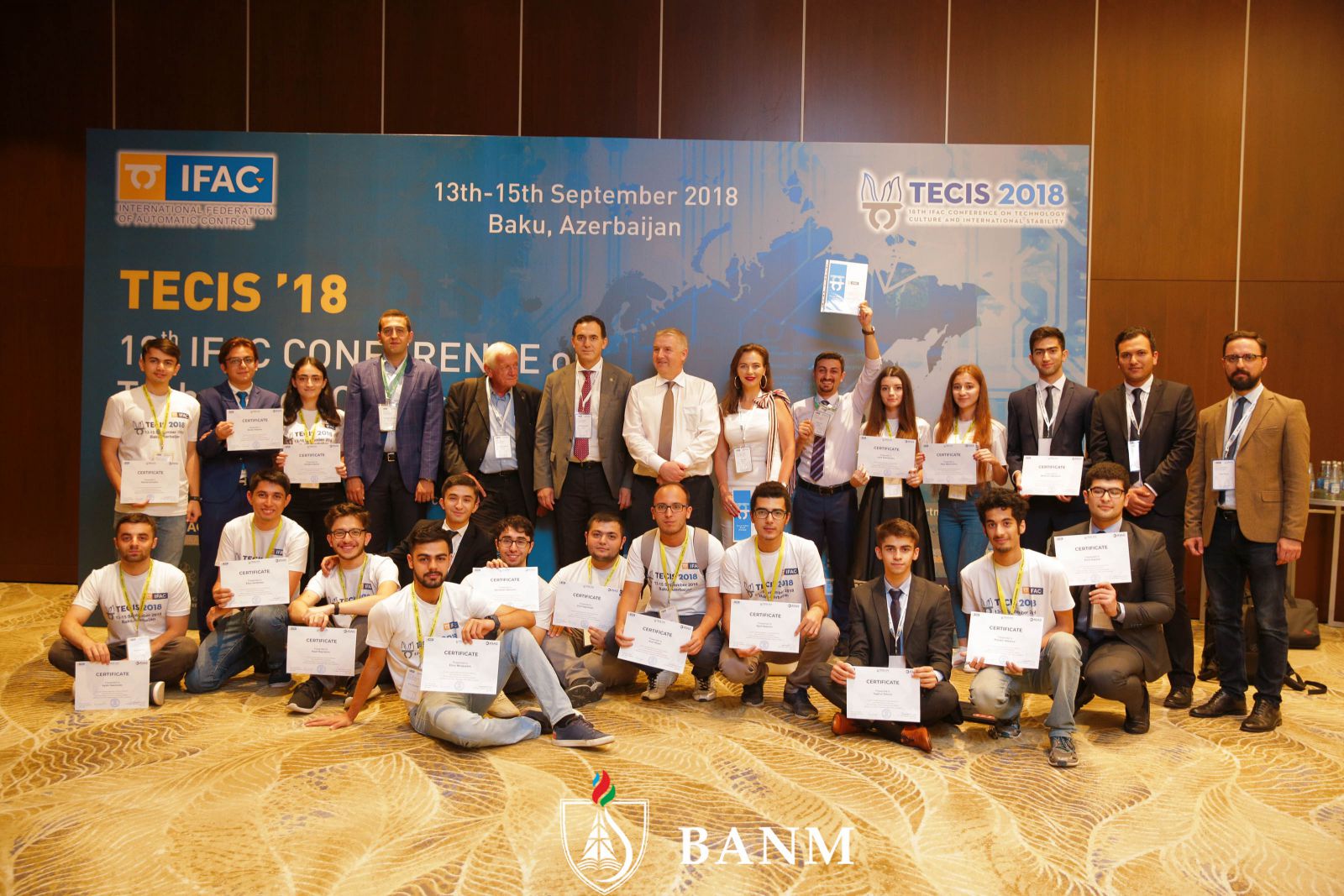 Chairman of the Azerbaijan Robotics and Automation Society and the organizing committee of the conference, Ph.D. in technology Bahadur Ibrahimov said the event celebrates its 35th anniversary of the TECIS technical committee. He also emphasized the first IFAC meeting in Baku was organized in April 1980 with the support of the national leader Heydar Aliyev.

TECIS 2018 brought together researchers and practitioners from industry and academia to present new research results and to exchange ideas and experiences in the fields of technology and international stability. About 200 papers selected by international reviewers were presented at the plenary sessions of the conference. During sessions topics such as "Automation in Small and Medium-Sized Enterprises", "Mechatronic Systems and Robots", "Biomedical Systems", "Automation and Control Mechanisms", "Humanoid Robots" were heard and reports of scientists about their new scientific achievements were discussed. In the course of the conference, technical tours and site visits to Bibiheybat oil and gas producing department and Sumgayit Technologies Park were also arranged.

The International Federation of Automatic Control was founded in September 1957 in Paris. IFAC is multinational federation of 49 national member organizations. It is one of the most prestigious organizations of the world in the field of automatic control.