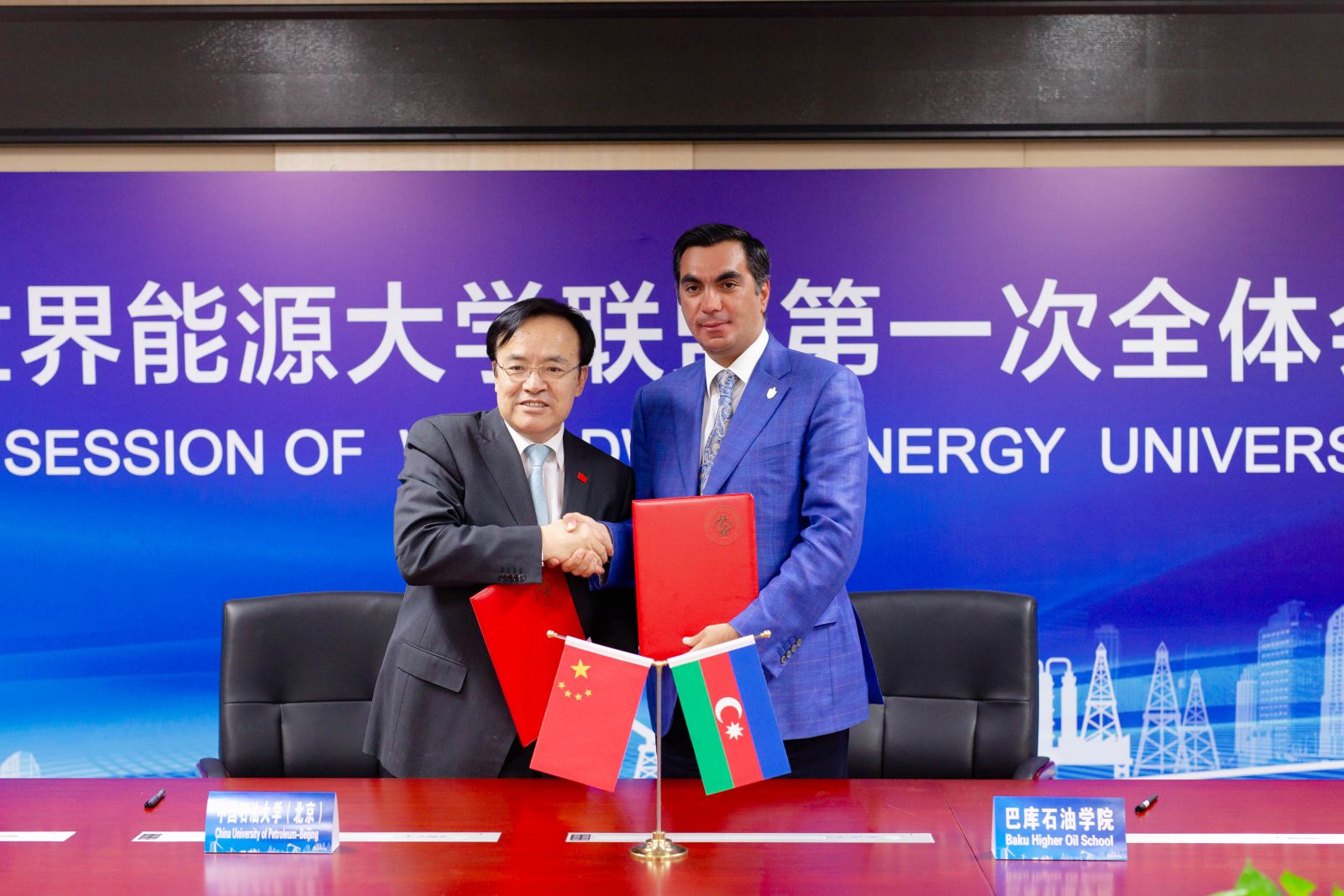 The Baku Higher Oil School became a full member of WEUN after the Rector Elmar Gasimov signed the Declaration of the Worldwide Energy University Network. At the congress, the President of the China University of Petroleum (Beijing) Zhang Laibin was elected the WEUN Chairman by majority vote.

Speaking at the ceremony, Elmar Gasimov told about BHOS activities, achievements and latest developments. He said that it has well-developed infrastructure and modern teaching laboratories and uses advanced technologies and contemporary curriculum to provide best quality education. The rector expressed his confidence that BHOS, the leading higher educational institution of Azerbaijan, would significant contribute to the success of WEUN activities.