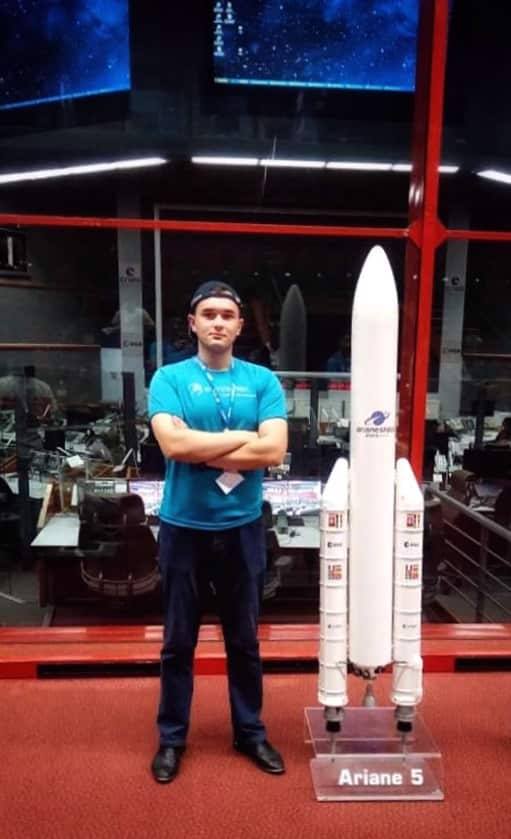 Fourth-year Petroleum Engineering student of Baku Higher Oil School (BHOS) Fardin Vatani became a witness of landmark milestone as he attended the launch of the telecommunication satellite Azerspace-2 into the orbit. The satellite was launched from the Guiana Space Centre, a French and European spaceport to the northwest of Kourou in French Guiana on the north Atlantic coast of South America.

Azerspace-2 is the third satellite, which Azerbaijan has managed to put into orbit in the past five years. Its designed lifetime is more than 15 years. The satellite has enhanced capacity, coverage and service offerings to support growing demand in the region for Direct-to-Home (DTH), government and network services in Europe, Central and South Asia, the Middle East and Sub-Saharan Africa.

Fardin’s participation in this remarkable event was arranged in the framework of cooperation between the Higher School and Azercosmos OJSC. Fardin Vatani who earned 700 points at the entrance exams to national educational institutions is a Presidential scholarship holder.