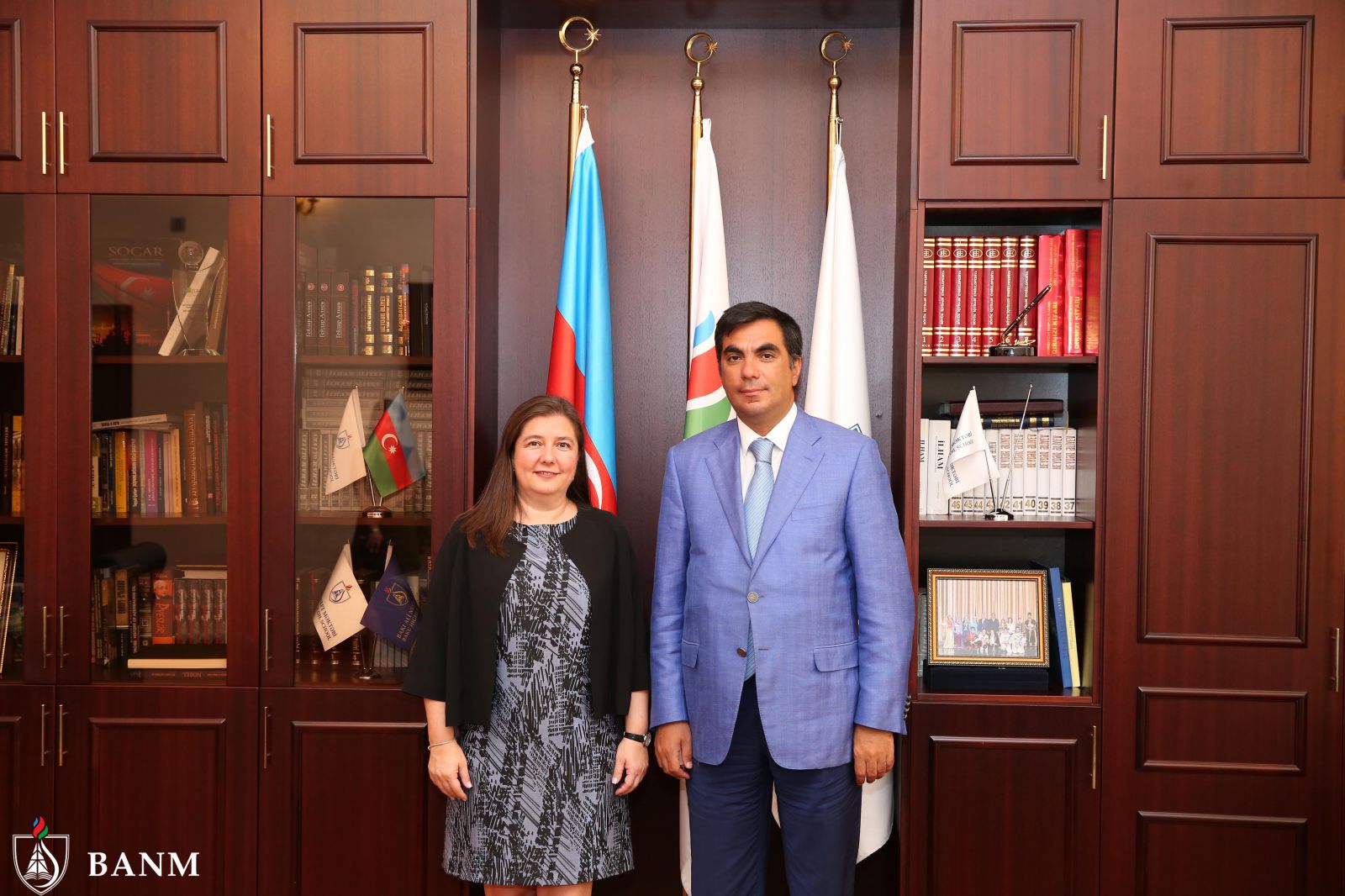 Rector of Baku Higher Oil School (BHOS) Elmar Gasimov met with Head of HR, Group Director at SOCAR Turkey Sibel Uğur. At the meeting, which took place at the Higher School, the Rector informed the guest about news and latest achievements at BHOS and told about the alumni. As he noted, today more than 30 graduates of the Higher School work at SOCAR Turkey’s companies including STAR Refinery and Petkim Petrokimya Holding. Elmar Gasimov also said that every year the BHOS students do summer internship at SOCAR Turkey.

Having expressed her gratitude for the information, Sibel Uğur highly praised the professional qualifications of those BHOS graduates who started their career at SOCAR Turkey. In her words, the Higher School experience and support can play an important role in establishment of SOCAR Turkey Academy, which is scheduled for the nearest future. The HR Director also noted that like in previous years, SOCAR Turkey would invite BHOS fifth-year students to participate in the competition for vacancies at the company.

It was also agreed that Head of HR, Group Director at SOCAR Turkey Sibel Uğur would held a meeting with the BHOS students and conduct motivational training courses on the company internship and recruitment programs.