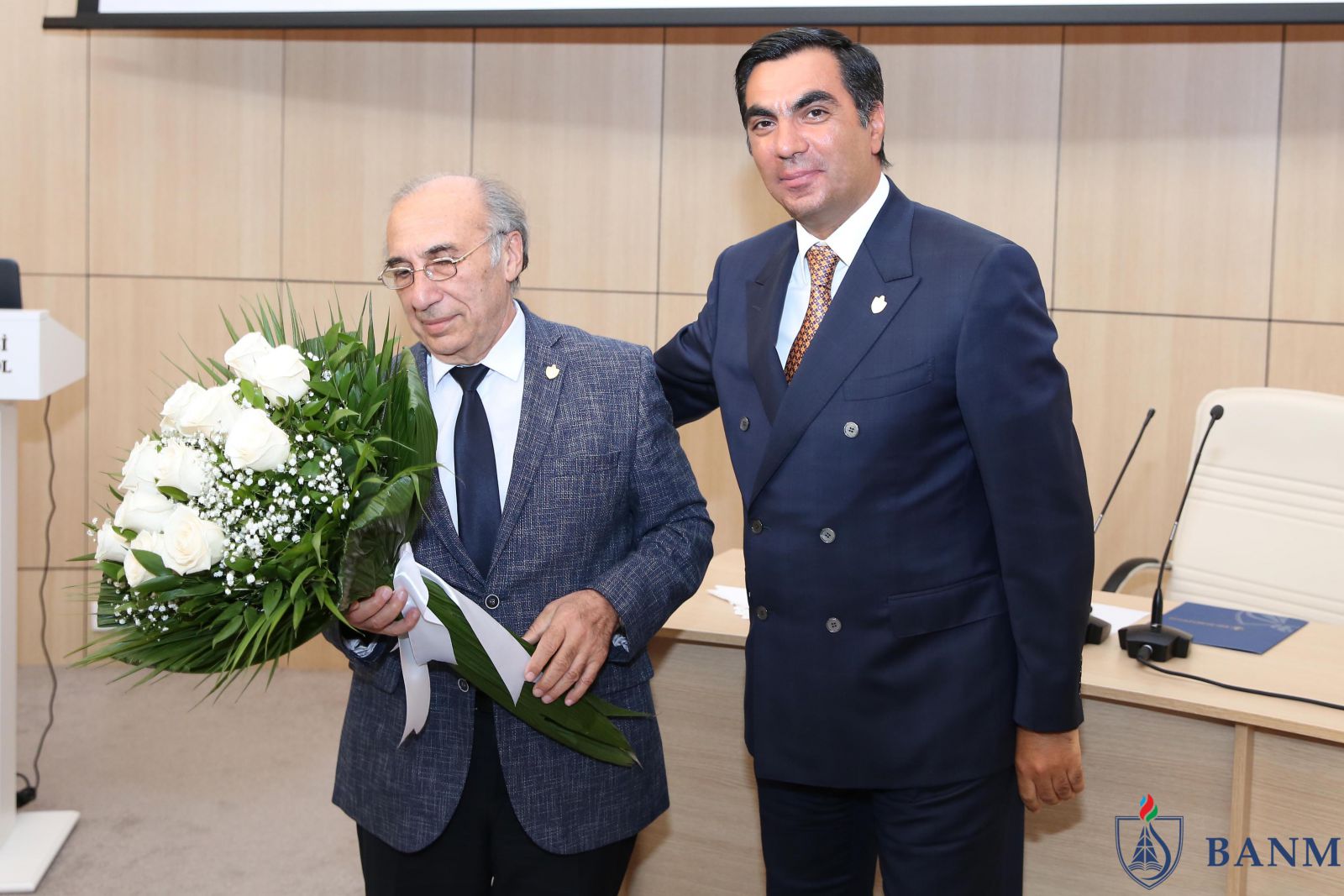 A meeting of Baku Higher Oil School key staff members was held in the Senate Hall at BHOS campus. Rector Elmar Gasimov opened the meeting and on behalf of the BHOS family extended congratulations to professor of the Petroleum Engineering Department Fuad Veliyev. Recently, Prof. Veliyev was awarded with the title “Honored Teacher of the Azerbaijan Republic” for many years of his fruitful activity in the oil and gas sector upon an order of the President of the Republic of Azerbaijan on awarding honorary titles to workers of oil and gas industry.

Elmar Gasimov brought the participants’ attention to the fact the new academic year commenced at the Higher School campus and emphasized that it became possible thanks to hard work and efforts of many people. He expressed his gratitude to BHOS Vice Rector for Administrative and General Services Affairs Oqtay Rzayev for management and supervision of academic departments relocation to the campus. Then the Rector introduced 10 new staff members who joined the growing BHOS family.

At the meeting, new initiatives and latest developments at BHOS as well as various issues related to educational process were also discussed.