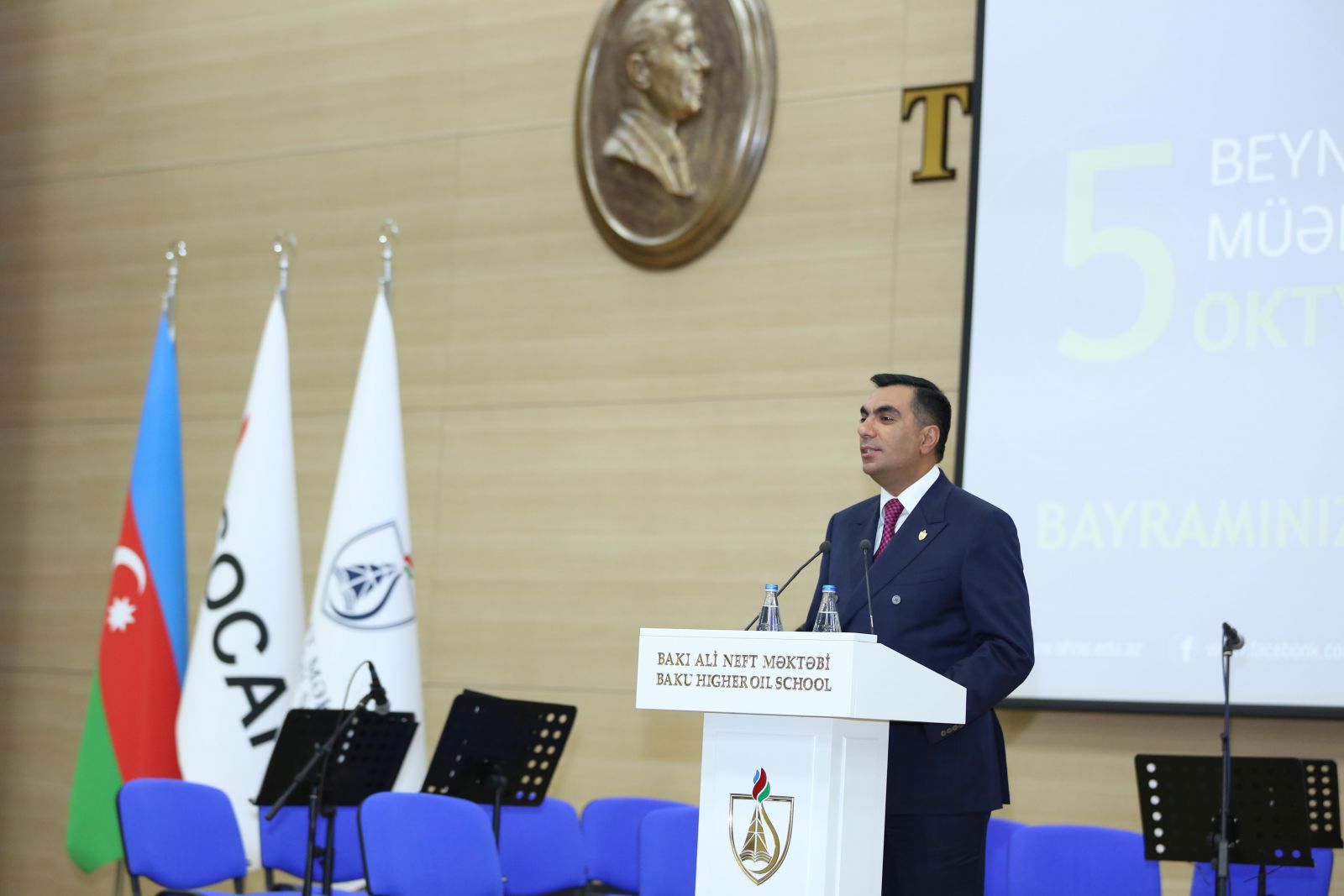 Opening the meeting, Elmar Gasimov extended his warmest congratulations to all the teachers and wished them every success in their work. He reminded the words of the national leader Heydar Aliyev who said, “I do not know more honorable title than the title of a teacher” and noted that teachers were always respected in Azerbaijan. The Rector emphasized that merits of Azerbaijani educators including BHOS teachers have been recognized at the national level. By the decree of the President of the Republic of Azerbaijan Ilham Aliyev Petroleum Engineering Department Khanum Jafarova was awarded The Taraggi Medal (“Progress” Medal) and professor of this department Fuad Veliyev received a title “Honored Teacher of the Azerbaijan Republic”, he said.

Then Elmar Gasimov presented professor of the Petroleum Engineering Department of Baku Higher Oil School Siyavush Azakov an award pin “Honored Oilman” and extended his congratulations to the professor on this occasion. Professor Azakov has been awarded this honorable title upon an order of SOCAR president Rovnag Abdullayev on the eve of World Teachers’ Day and his 70th anniversary for his considerable contribution towards training of specialists for oil and gas industry of Azerbaijan.

Rector Elmar Gasimov awarded special prize to a team of BHOS students who took second place in the finals of national CanSat Azerbaijan 2018 competition, which was jointly organized by Azerkosmos OJSC and the Ministry of Education of Azerbaijan.

The celebration continued with a holiday concert.