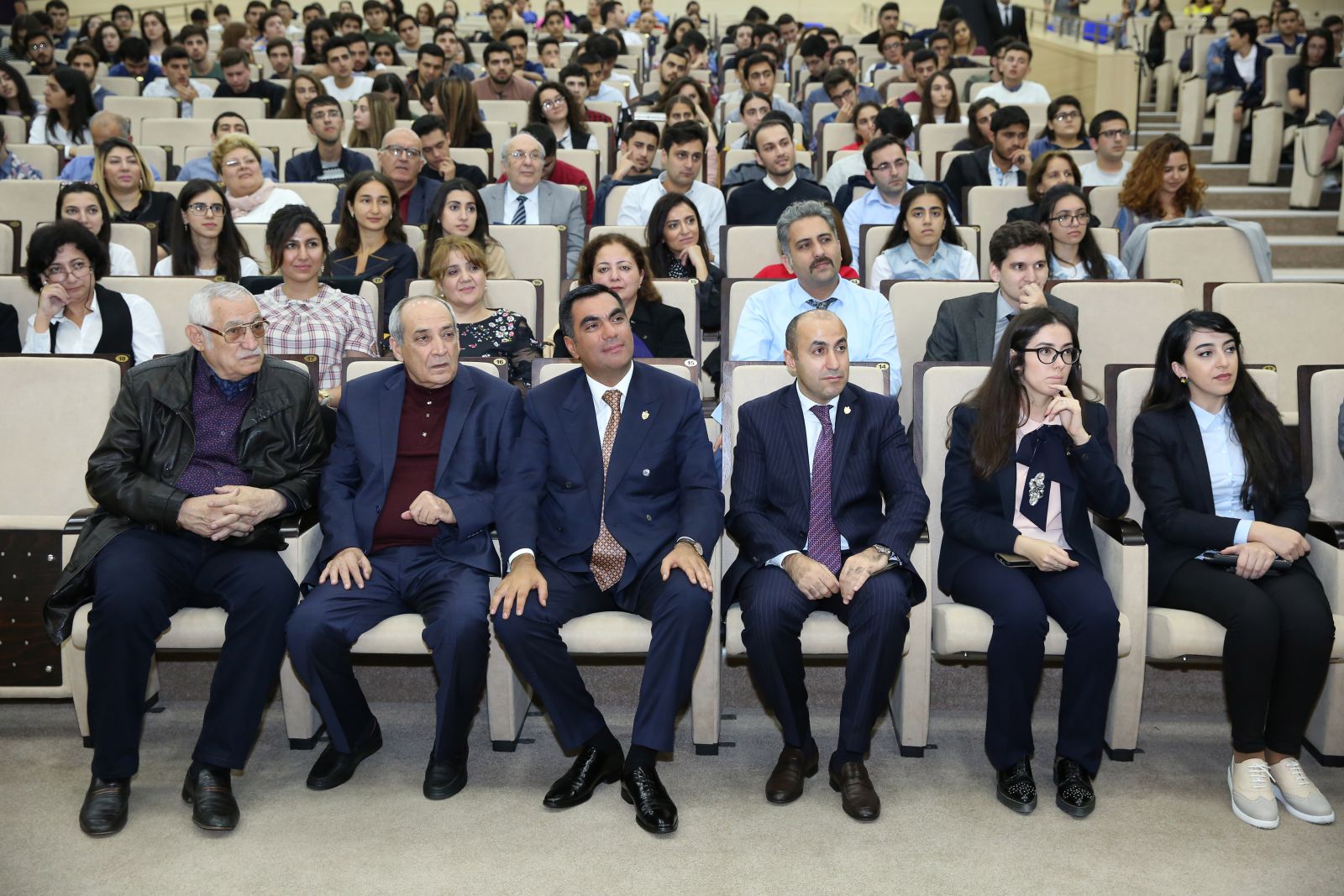 Biopic film Nasimi, which occupies a special place in the history of Azerbaijani culture and cinema art, was shown at the Congress Hall of Baku Higher Oil School (BHOS). The film screening was organized to mark 45th anniversary of the movie production.

The event was attended by the BHOS rector Elmar Gasimov, teachers and students; legendary Azerbaijani cinema and theatrical actor, People’s Artist and holder of “Sharaf” and “Shohrat” Orders Rasim Balayev; Director of the film studio "Azerbaijanfilm" Mushfig Gatamov; director and screenwriter, People’s Artist Abdul Makhmudov; and Honored Artist of the republic Khalida Guliyeva who played Fatma in the Nasimi movie. Screenplay for the film, which was made to commemorate 600th anniversary of the great Azerbaijani philosopher and poet Imadaddin Nasimi, was written by well-known author Isa Huseynov.

Directed by Hasan Seyidbeyli, Nasimi is recognized as one of the best Azerbaijani movies in historical genre. After his debut, Rasim Balayev, the actor in the leading role, became a notable actor. At 7th Soviet film festival in Baku in 1974, the Rasim Balayev received Best Actor award for the role of Nasimi. One of the most popular film actors, he starred in the leading roles in more than 60 Azerbaijani films.