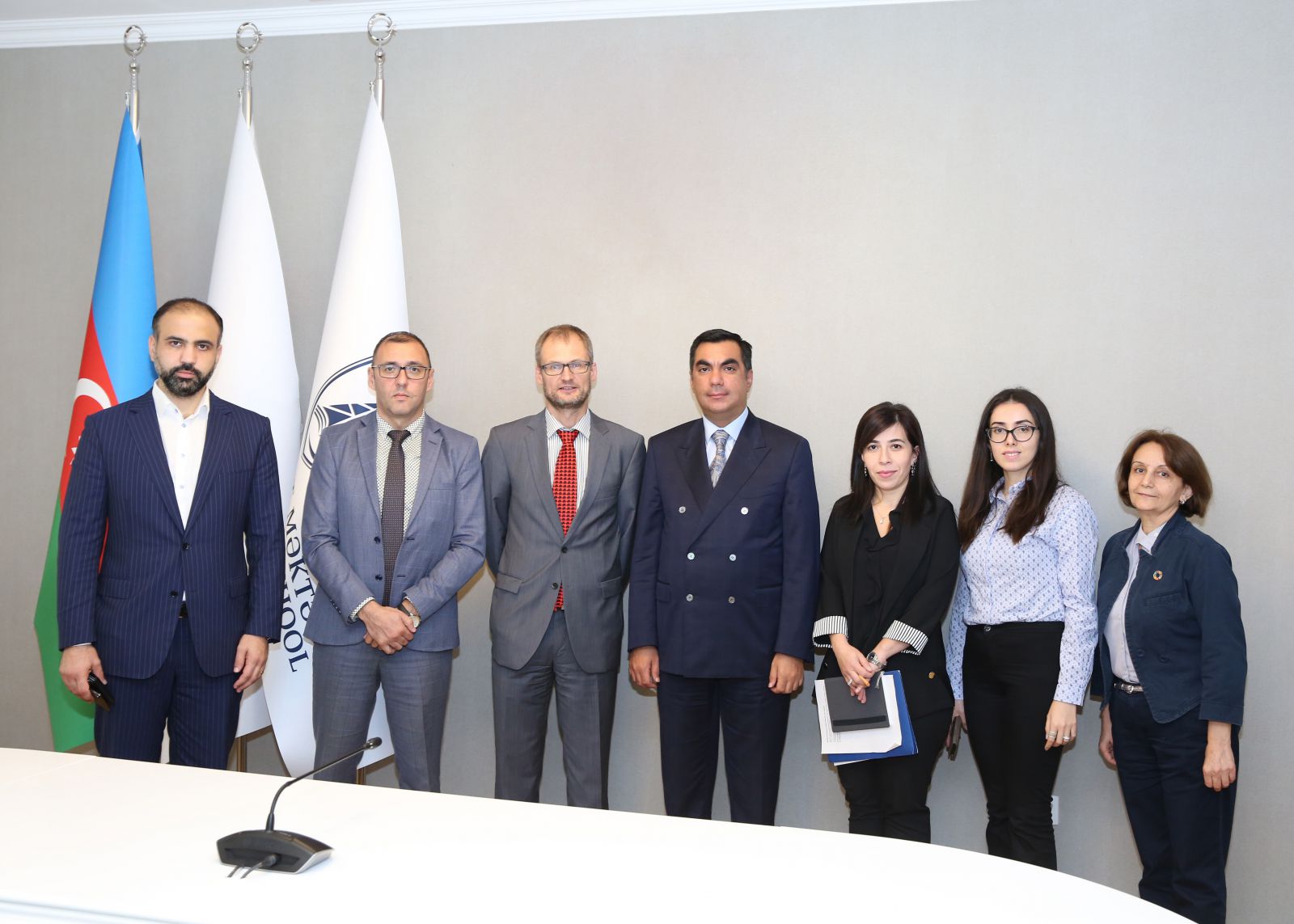 Having welcomed the guests, the Rector Elmar Gasimov told about the Higher School’s activities and latest developments including arrangements for on-the-job training and two-month internship of the BHOS students at SOCAR and other transnational companies. Speaking about the Higher School’s partners, he emphasized that it has developed successful cooperation with ABB Company, which set up a Training Center with modern facilities and simulation equipment at the BHOS campus. The Rector said that this Training Centre is actively used during practical lessons for the Process Automation Engineering students.

The Swiss Ambassador to Azerbaijan Philipp Stalder extended his gratitude to Elmar Gasimov for the warm reception and the interesting meeting. In his words, BHOS is different from other national higher educational institutions in many respects. As the Ambassador noted, the Baku Higher Oil School is the recipient of the most significant investments made by ABB Company to Azerbaijan in the framework of its social projects aimed at support of education in the country. The Ambassador Philipp Stalder also informed that Swiss delegation led by the State Secretary on education, research and innovation would be in Azerbaijan in a few days. As expected, the delegation will visit the Higher School, he told.

Managing Director of ABB in Azerbaijan Rustam Gasimov expressed satisfaction with the fruitful cooperation with the Baku Higher Oil School and said that ABB management intends to strengthen this partnership. At the meeting, new prospects and spheres of the bilateral cooperation between ABB and BHOS were also discussed. During the visit, the guests were given a tour around the campus and were familiarized with the training laboratories established and equipped by large international companies at BHOS.