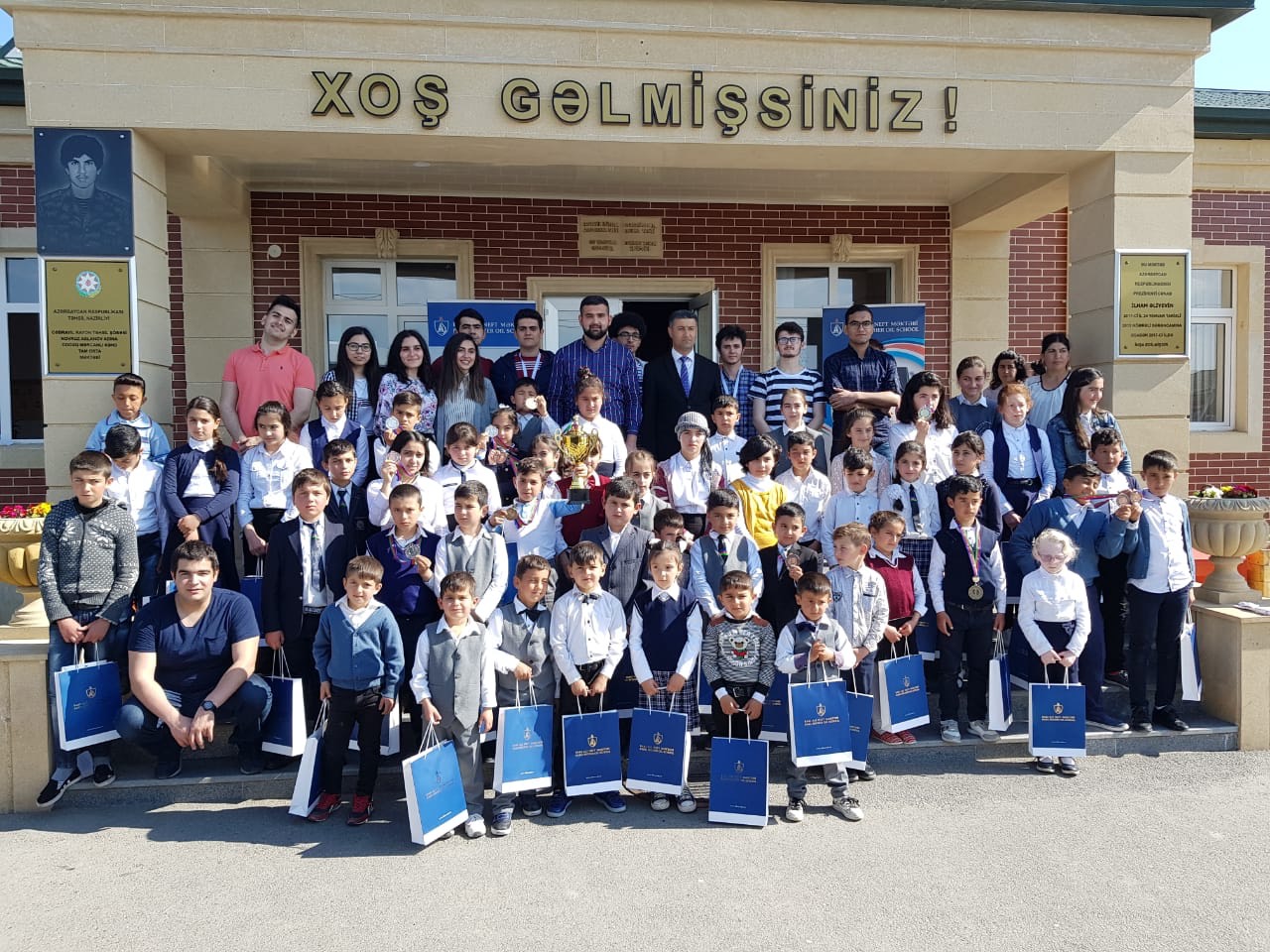 The Chair of the BHOS Student Youth Organisation Kenan Sadigov welcomed schoolchildren and provided insights into the BHOS and its range of activities. The introduction meeting followed by a welcome speech delivered by the Principal Zamin muallim who highlighted the school achievements. During the event, schoolchildren recited patriotic poems.

A two-part intellectual game comprised of 30 questions which encompassed various themes and were designed to capture schoolchildren’s worldview, knowledge, and aptitudes. The game participants were paired into teams which were named after the regions that remain under occupation. The event culminated in the performance of students and schoolchildren on a tar and a cake-cutting ceremony to honour the April war. Then, a second entertaining and interactive game (entitled A Silent Cinema) took place, creating a holiday environment, and was attended by schoolchildren with a special enthusiasm. The winning teams were awarded a cup, medals and promotional gifts. At the same time, schoolchildren were presented with all required school items. The BHOS students presented books to the school library.