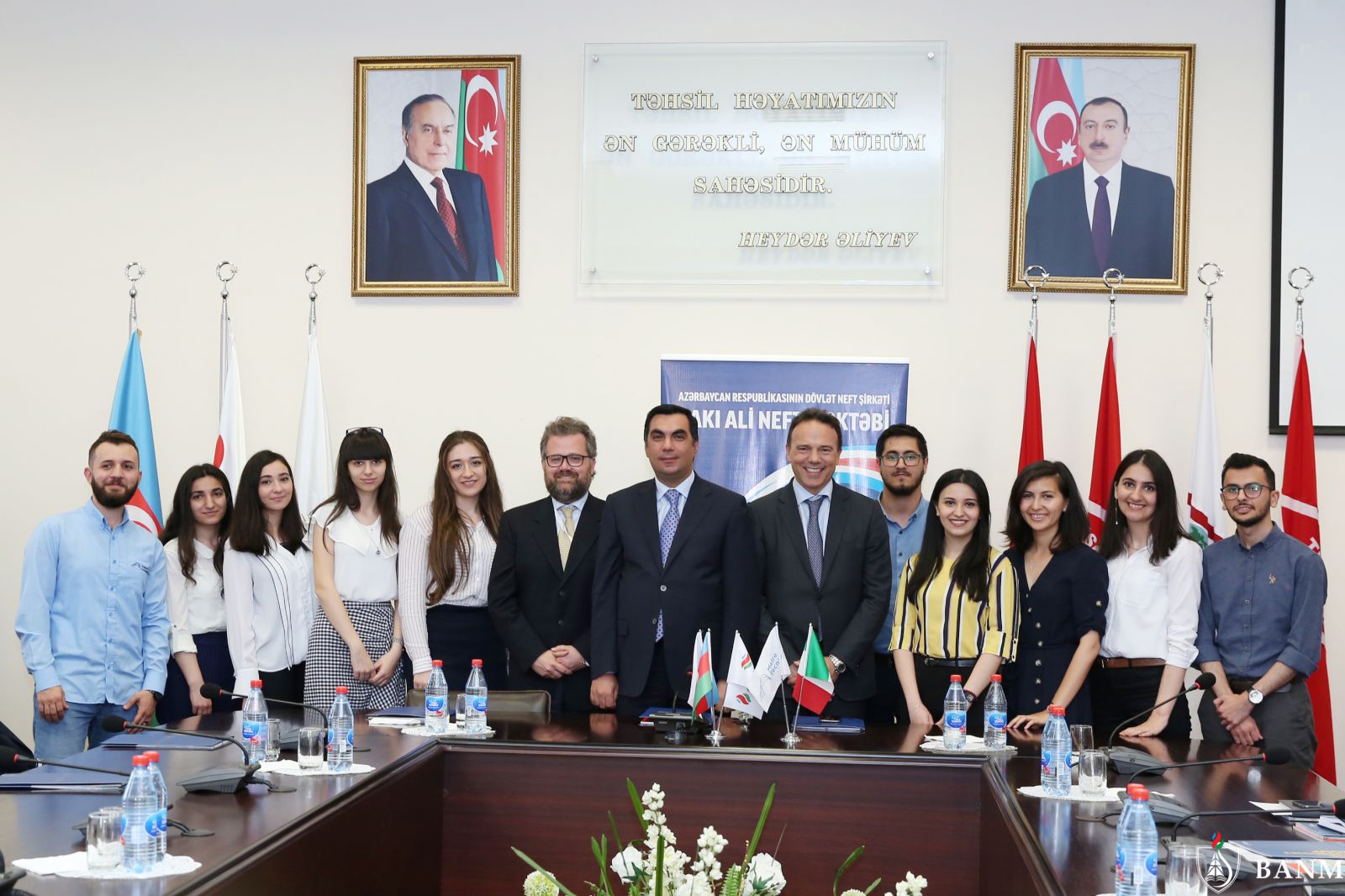 The meeting brought together Rector of BHOS Elmar Gasimov, First Vice President of Marie Tecnimont Group Special Initiatives and Coordination and Senior Vice President of Russia and Caspian Region Gianni Bardazzi and officials under his leadership as well as the BHOS academic and teaching staff and students.

While welcoming the guests, Rector Elmar Gasimov drew attention to the large-scale projects and accomplishments achieved in our country as a result of a fruitful partnership established with the abovementioned company. The Rector mentioned that, in pursuing the agreement signed with BHOS in 2016, annually several students are selected for the internship. As part of this year’s development programme, four final year students from the Chemical Engineering Department completed their business learning at Maire Tecnimont and, further to the results attained by them, are due to start working in the company next year. This partnership enabled two BHOS graduates to receive a job offer from the company last year. The Rector added that four BHOS graduates have joined successful candidates selected to attend an upcoming Summer School in Sortino, Italy.

Elmar Gasimov also pointed out that, with support from the company, a Polymer Research Laboratory is expected to be established in BHOS.

The First Vice President of Marie Tecnimont Group Special Initiatives and Coordination and Senior Vice President of Russia and Caspian Region Gianni Bardazzi, in his turn, mentioned that another objective pursued by the meeting is to discuss potential partnership prospects.

“As promised, Baku Higher Oil School recommends to our company the best students in Azerbaijan. Being our employees, these students have already transformed themselves into the company’s business profit-making and investment process participants”, the Vice President  emphasized in his speech.

Students thanked the BHOS and company’s management for providing support and creating a conducive environment for the internship and employment opportunities offered by Maire Tecnimont Group’s Baku Office.

BHOS students who successfully completed the internship and received an employment offer were awarded certificates.

It should be mentioned that, intended for the BHOS four and five year students, this development programme is implemented within the Cooperation Agreement between BHOS and Italian Maire Tecnimont Group signed on 19 October 2016.

The Italian Maire Tecnimont is an international leading Group in the sectors of engineering, construction, technology, licensing, energy, and hydrocarbons.