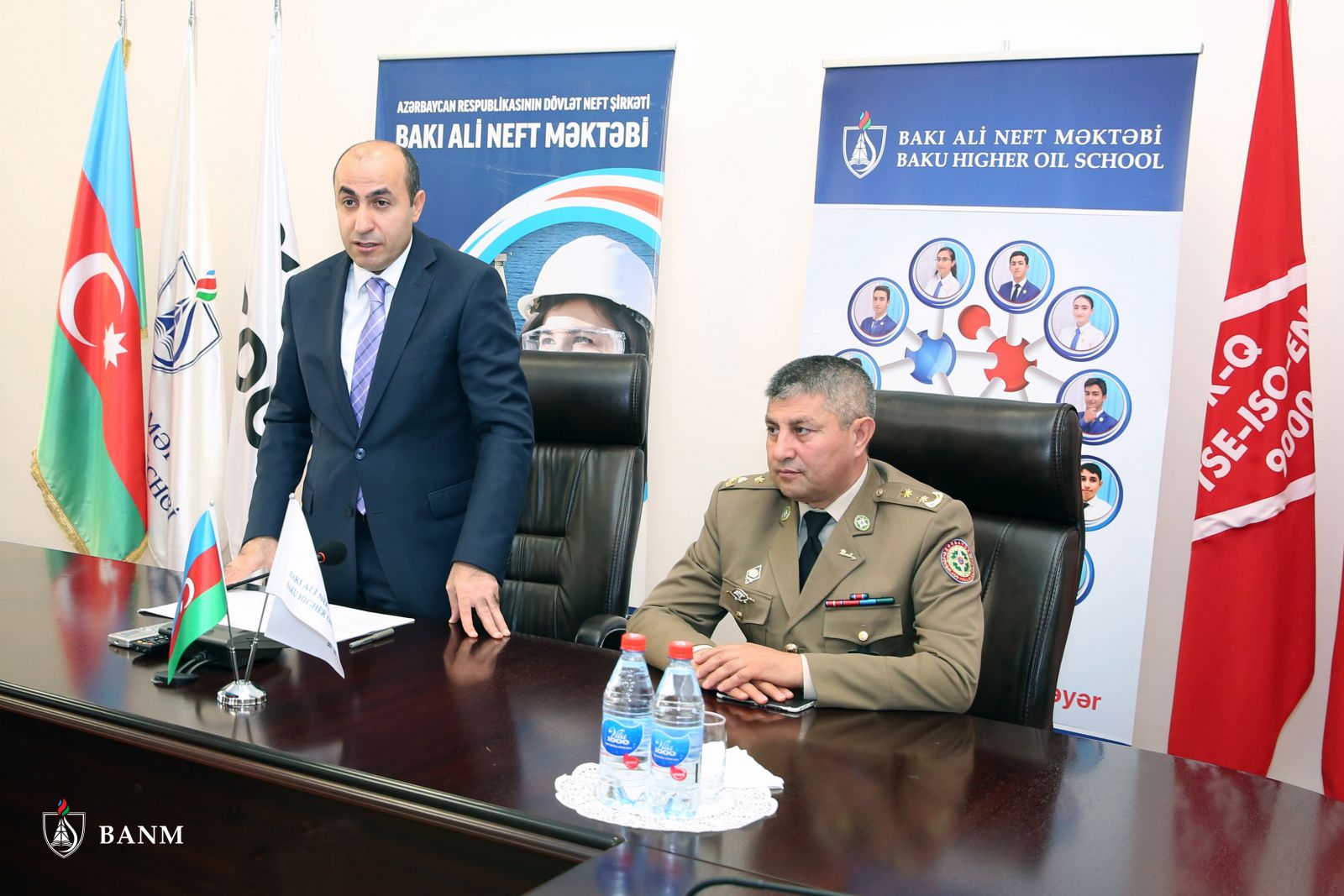 A meeting was held at the Baku Higher Oil School (BHOS) on the topic “Checking the readiness of civil defense forces for emergency response”.

At the meeting, which was held with the participation of Head of the Civil Defense Department of the Ministry of Emergency Situations for Khatai district, lieutenant-colonel Rafail Musayev, measures for ensuring emergency preparedness were discussed.

Welcoming the guest, BHOS Vice-Rector for General Affairs Rashad Hasanov noted that the evacuation plan and emergency regulations are as important for the BHOS as for any other organization.

“Awareness-rising events are regularly held at the Baku Higher Oil School in this regard,” he added.

Lieutenant-colonel Rafail Musayev said that it is easier to prevent an emergency than to eliminate its consequences. He also said that any emergency can result in numerous casualties and heavy material losses.

He emphasized the importance of holding regular training sessions on preventing emergency situations for BHOS students and teachers.

At the end of the meeting, Rafail Musayev answered BHOS employees’ questions about emergency preparedness measures.