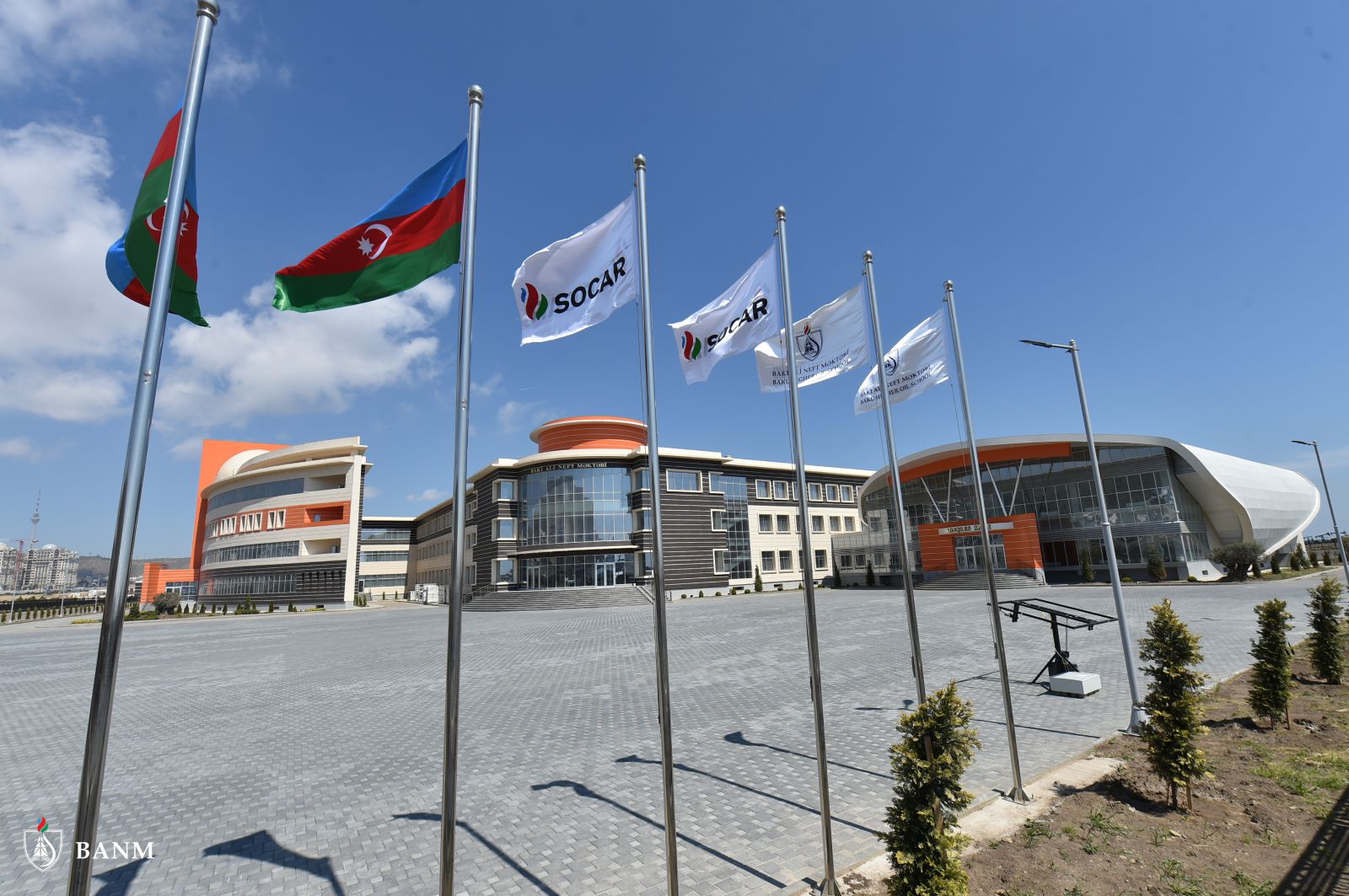 Today, Baku Higher Oil School (BHOS) celebrates its 8th anniversary. The Higher School, which has become now a leading national higher educational institution in Azerbaijan, was set up within SOCAR structure upon the decree of the President of the Republic of Azerbaijan Ilham Aliyev dated November 29, 2011.

On May 1, 2017, the President Ilham Aliyev participated in the inauguration of the BHOS new campus, the largest one in the Caucasian region.

The average passing score earned by the prospective students at the entrance exams for state ordered specialities was 678 points at BHOS.

In the eight years, three graduation ceremonies were held. Out of those BHOS alumni who wanted to start their engineering career, 100% of them are employed. As of today, all the graduates either work at local or transnational companies or continue their education at prestigious universities in Azerbaijan and abroad.

During 8 years of its successful activity the Baku Higher Oil School has developed strong partnership with many leading companies including, among others, SOCAR, BP, ABB, Emerson, Schneider Electric, Maire Tecnimont, Halliburton, Microsoft, Schlumberger, Equinor, Total, STAR Refinery and Avandsis Group. This cooperation aims at professional development of the BHOS students and training of future engineers in Azerbaijan according to international standards.