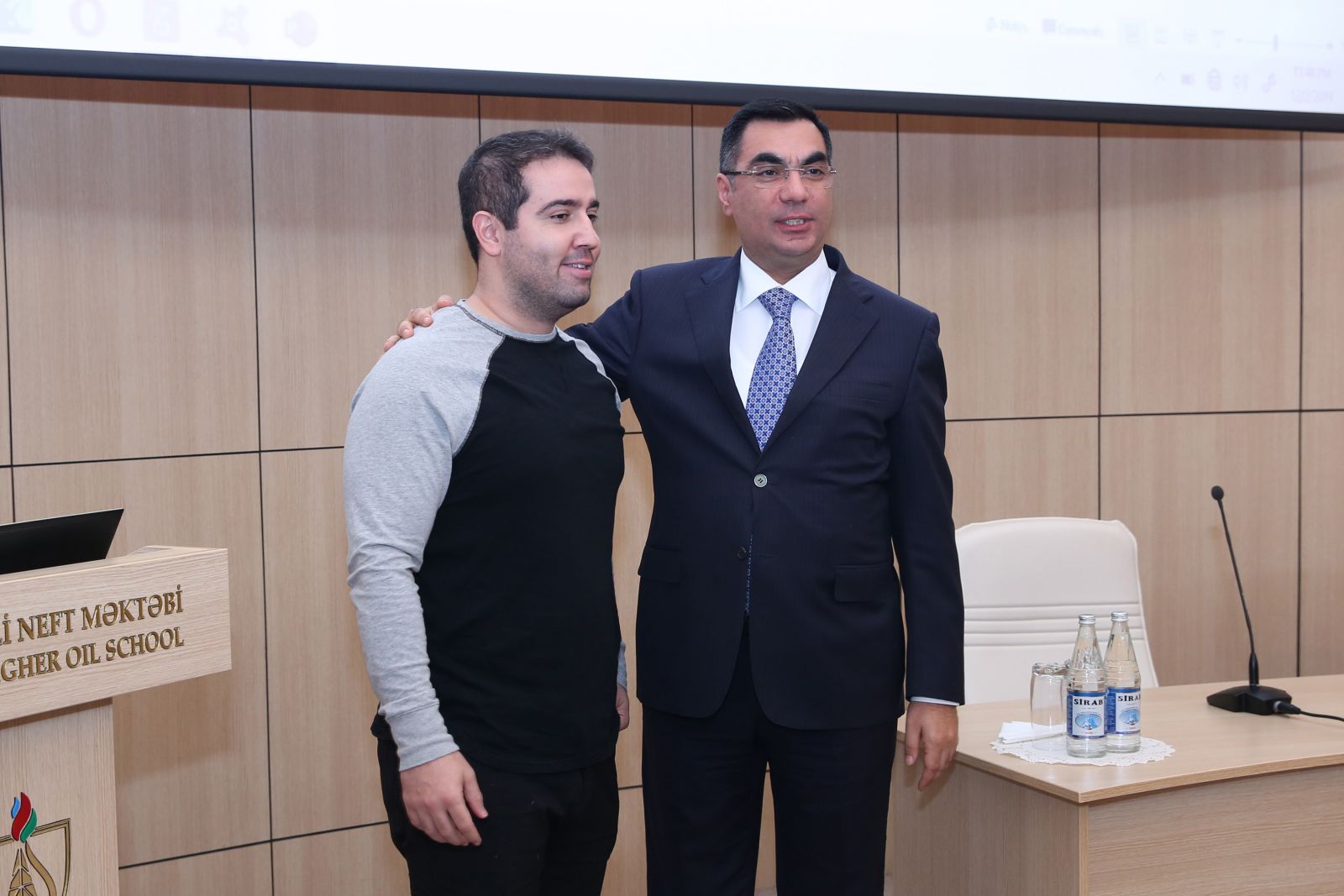 The founder and CEO of Technology Consulting Group in Silicon Valley, Doctor of Philosophy in Aerospace Engineering, Teymur Sadikhov, who is the first Azerbaijani scientist to work at NASA, gave a public lecture at Baku Higher Oil School (BHOS).

Rector of Baku Higher Oil School Elmar Gasimov greeted Teymur Sadikhov and told the seminar participants about his successes. At the same time, he expressed confidence that the lecture would be useful for the audience.

Then the young research scientist shared with students the experience he had gained in in the U.S. Teymur Sadikhov said that the world has already reached a stage when robotic technologies and artificial intelligence are changing people's view of the future. He also said that unmanned vehicles are being produced today and that the German company Mercedes-Benz, in which he used to work, is actively working in this direction.

Teymur Sadikhov emphasized that the whole world should be grateful to the scientist Nicola Tesla for the ideas he suggested in his scientific works with regard to the creation of unmanned vehicles. The young researcher also expressed a desire to use his knowledge, skills and experience for the benefit of Azerbaijan.

“Today, this direction should become a priority for Azerbaijan. It is necessary to more thoroughly develop the sphere of modern technologies in Azerbaijan and to begin preparing youth for the future. We intend to open a research center here, in which highly intellectual young people will be able to develop innovative ideas,” Teymur Sadikhov added.

The meeting was held in an interactive format, the students received answers to their questions.

Teymur Sadikhov is a research engineer and Doctor of Philosophy in Aerospace Engineering. He led teams that successfully worked in areas such as robotics, unmanned vehicle control, traffic planning, automotive and aerospace systems. Teymur Sadikhov also participated in the development of advanced robotic solutions. He currently works as a consultant on artificial intelligence, robotics, AI investments (startups, capital and real estate markets) and management.