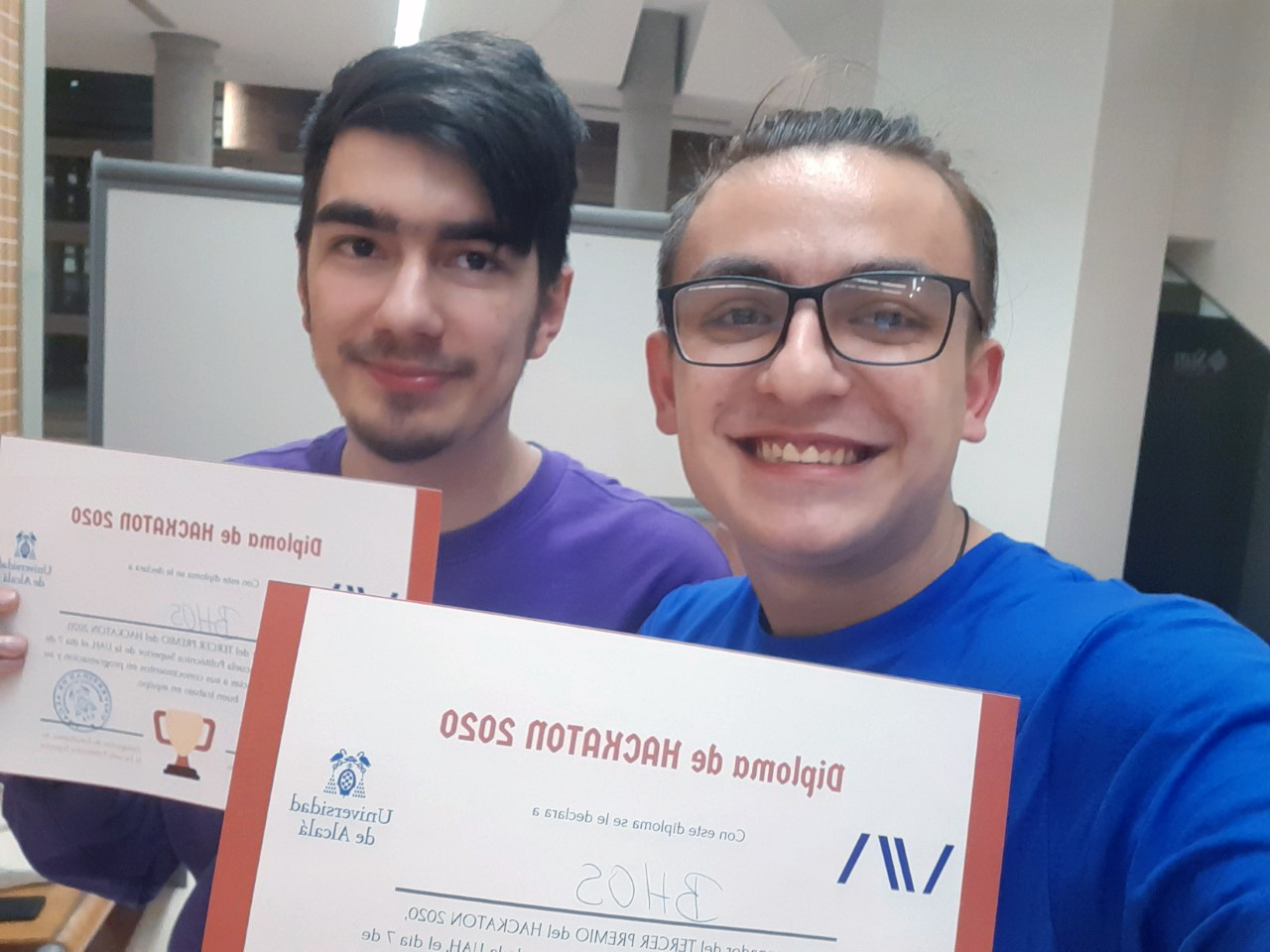 This was the first success achieved by these students at the University of Alcala, despite the fact that they had just recently started studying at this university.

Sanan Hasanov and Ayhan Hakverdili represented Baku Higher Oil School at the competition, and, therefore, they named their team “BHOS”.

It should be noted that the computer system used in the competition, which lasted for more than 8 hours, was in the Spanish language, and that the students did not have enough time to prepare for Hackathon.

It should also be noted that the BHOS team consisted of 2 people, while the other teams participating in the competition consisted of 4 people.

However, despite all these difficulties, the BHOS team took the third place by answering correctly 18 of 23 questions.

Recall that within the framework of the Erasmus+ programme, seven BHOS students majoring in Process Automation Engineering went to Spain to continue their studies at the University of Alcala in the Departments of Digital Electronics, Mechanical Engineering, and Electrical Engineering.

They will study at this university during the spring semester of the 2019-2020 academic year (from January 21 to June 20).