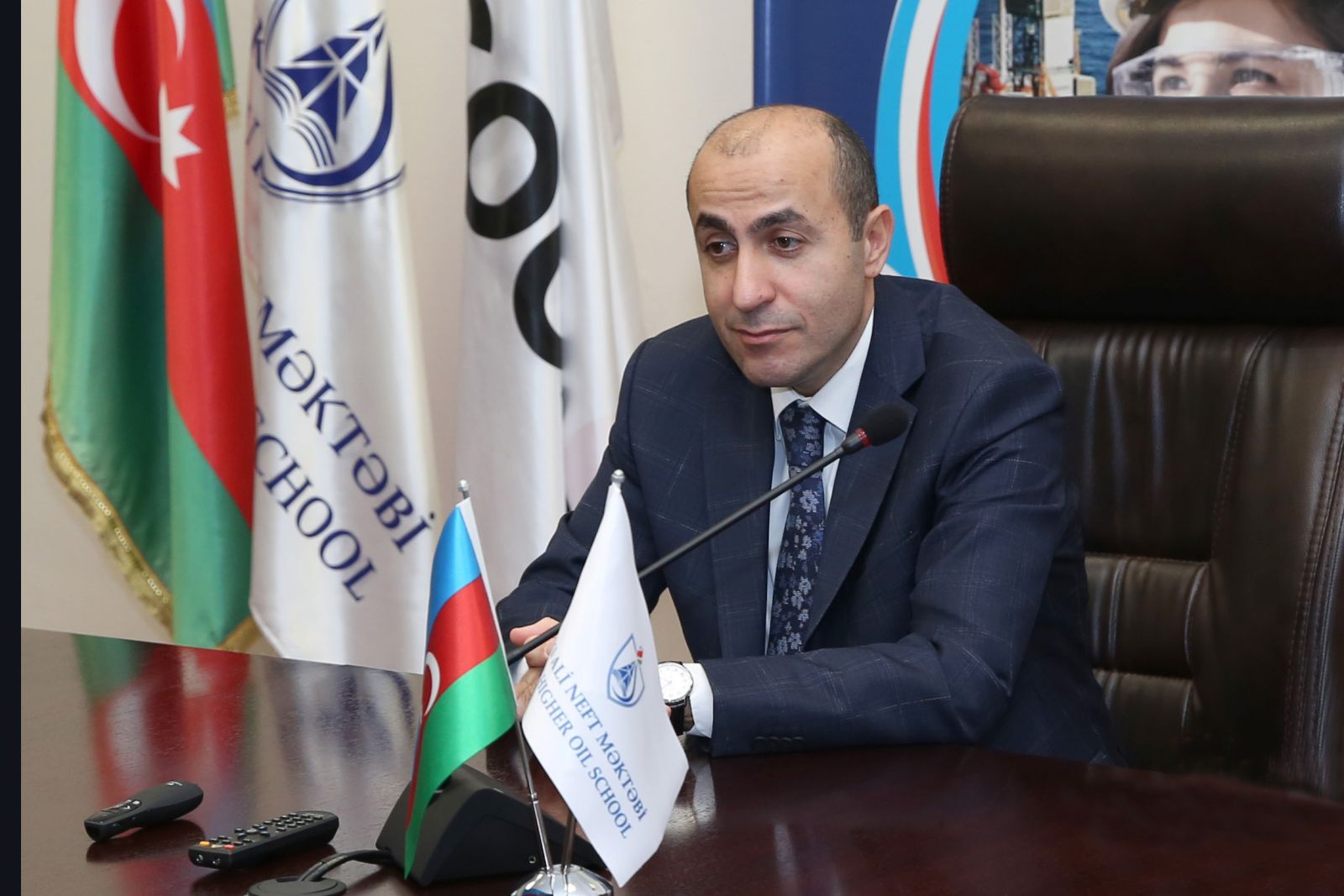 Vice Rector for General Affairs of Baku Higher Oil School (BHOS) Rashad Hasanov has been appointed to a higher position.

The rector of Baku Higher Oil School Elmar Gasimov noted that Rashad Hasanov made a special contribution to the achievement of success by the Higher School.

“He was one of the vice-rectors who founded BHOS. Rashad Hasanov won the sympathy of teachers and students with his fruitful activities, professionalism, behavior and humanity. Thanks to such employees, today the prestige and achievements of Higher School are growing. I am sure that he will adequately keep up with new responsibilities,” the rector added.

Rashad Hasanov, in turn, thanked the leadership and staff of Baku Higher Oil School for the trust and attention given to him.

“Many of my successes are connected with Baku Higher Oil School. Of course, the highest appreciation of my work was awarding me with the Tereggi Medal by Order of the President of the Republic of Azerbaijan, Mr. Ilham Aliyev. The Certificate of Honor issued to me by the State Oil Company of the Republic of Azerbaijan and the certificates that I received from the Turkish Institute of Standards are also a confirmation of the high appreciation of my many years of work at Baku Higher Oil School.  Here I was surrounded by attention and care. That is why I have always tried to be worthy of this attention. Today it’s hard for me to part with my dear colleagues and students, but I’m sure that our spiritual connection will always continue,” he said.

Note that Rashad Hasanov has worked as Vice Rector for General Affairs of Baku Higher Oil School since 2013.