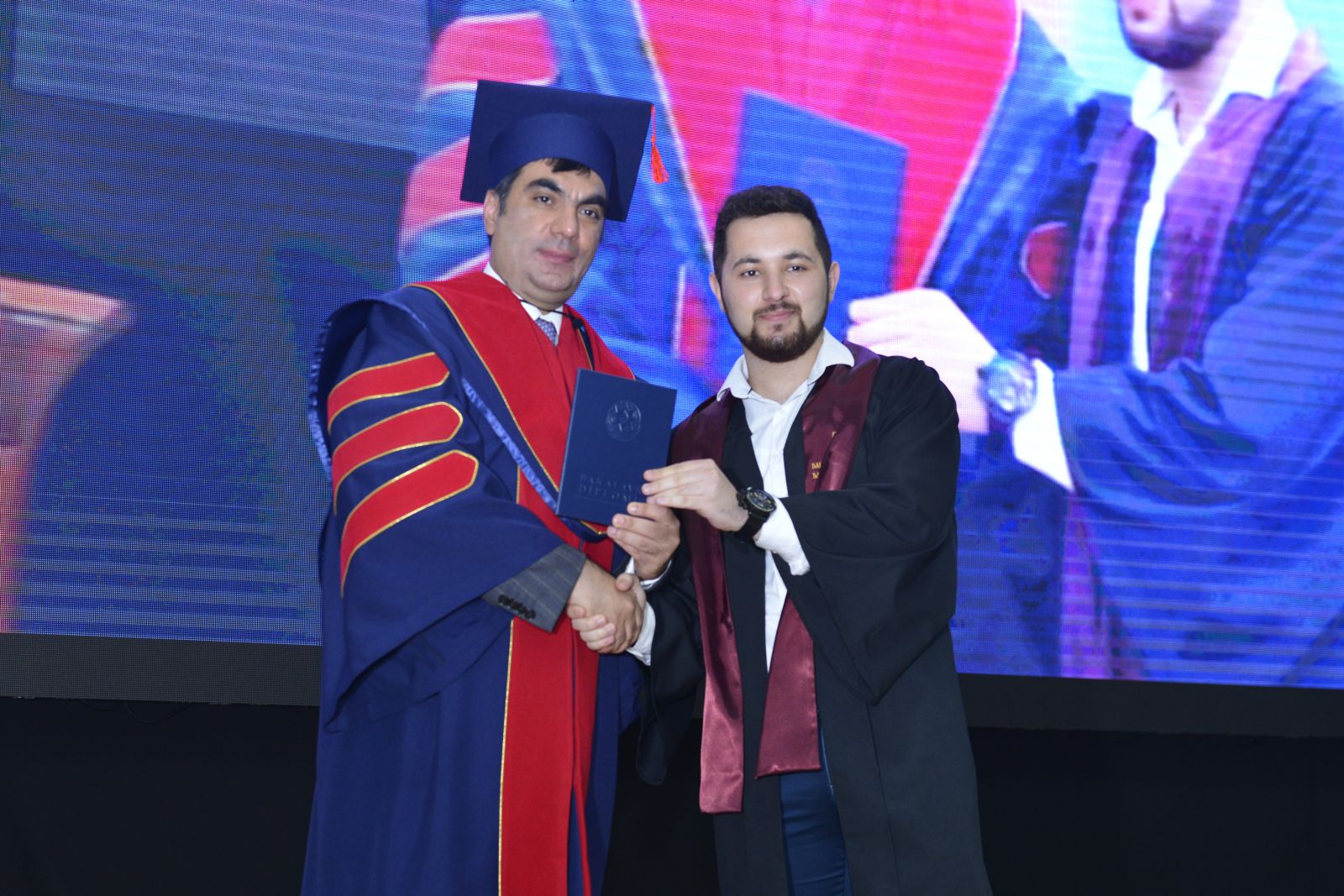 - Congratulations on your success! Please tell us a little about yourself.

I was born in 1996 in Baku. I received primary education in secondary school No. 286 located in the Yasamal district of Baku, where I studied from 2002 to 2006. In 2006-2013, I studied at the Technical and Humanitarian Lyceum in Nasimi district. After graduating from this lyceum in 2013, I scored 662 points in the entrance examinations conducted by the State Students Admission Commission, and was accepted to the Petroleum Engineering Department of Baku Higher Oil School. In 2013-2018, I studied at the Higher School for a Bachelor's degree in oil and gas engineering. While studying at the school, I became a member of the oil engineers club, intellectual games club, chess club and the football club, and I took an active part in many events organized by these clubs. I also participated in summer internship programs organized by SOCAR in 2015, 2016, 2017, by Schlumberger in 2016, and by BP in 2017. In addition, in 2016, I joined the Young Talents Program of the Society of Petroleum Engineers, which subsequently facilitated my admission to the PhD programmes of the US universities. Under this two-year program, I received lessons from petroleum engineers, who supported students on a voluntary basis. In 2018, I received a Bachelor's degree with honors. Then, I continued my studies at the Petroleum Engineering Department of Baku Higher Oil School. In the summer months of 2019, I did an internship at BP. And this year, I was enrolled in a PhD programme at the University of Southern California in the USA, where I will receive a full-time scholarship during 4 years of study.

- How did you achieve this success?

It was a very long process. I think that I achieved success thanks to the quality undergraduate and graduate education I had received at BHOS, the necessary experience I had gained working in local and international companies, and my active participation in academic and non-academic workshops and events. I also owe my success to the competitive and friendly atmosphere created at  Baku Higher Oil School, the respect shown by my family members to my decisions, the support given to me by my family, my diligence in learning, my desire for knowledge, and my purposefulness.

- Were you satisfied with your studies at Baku Higher Oil School? Did studying at this school help you achieve your goals?

While still in the 11th grade, I was thinking about which university to go after graduating from the high school.  I believed that one should choose a higher education institution based on the following criteria: the university must comply with international standards and conduct training in English language, the university must have a competitive, intellectual and friendly atmosphere, the knowledge and skills acquired at the university must meet the requirements of not only the local labor market, but also the international labor market. After five years of undergraduate studies and two years of graduate studies at the Higher School, I can confidently say that I have made the right choice and that BHOS is a university that has fully met my expectations.

- Did the education you received at Baku Higher Oil School help you in some way to enter the University of Southern California?

While studying at the Foundation Course of Baku Higher Oil School, I mastered the English language and acquired computer skills. I received a very high-quality education in the field of oil and gas engineering during my undergraduate (4 years) and graduate (2 years) studies at BHOS. Training at the Higher School was conducted based on the curriculum of Heriot Watt University. In addition, the friendly and intellectual atmosphere formed at BHOS, the conditions created there for developing social skills, the clubs and societies operating at the school also played an important role in my personal development. Given all this, I can say that the Higher School helped me increase my self-confidence and enroll in foreign universities.

- Why did you choose the University of Southern California for pursuing a PhD programme?

I first heard about Data Science when I was in my last year of undergraduate studies. After studying this area for some time, I realized that it meets my interests. I began to use all available information resources to further explore this promising area. Eventually, I decided to study PhD in the field of Data Science. This year I entered the three most prestigious universities in the world specializing in oil and gas engineering, but I opted for the University of Southern California. The reason for this choice was my interest in Data Science. In addition, factors such as the location of the university, the prestige of the university, the university’s specialization in computer science, and the common interests that I share with the professor with whom I will work had a strong influence on my choice.

- What do you plan to do after obtaining a Doctor's degree (PhD)?

I do not have a specific plan, because we live in a very dynamic time, and my interests have changed rapidly in recent years. I think that it is interesting to conduct scientific activities in large technology companies. One of my main priorities is to return to Azerbaijan after gaining some experience in the United States and apply this experience in my country.