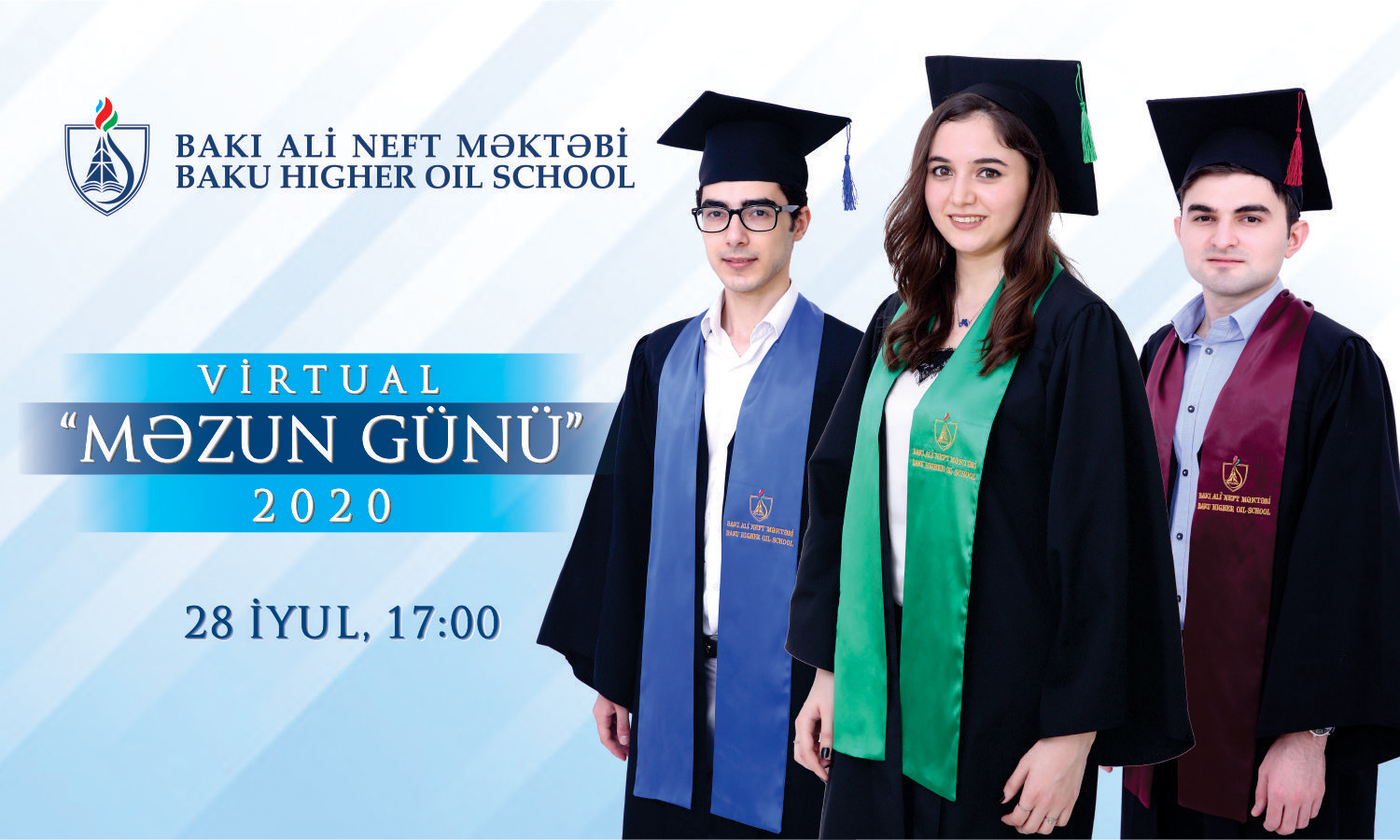 The event was hosted by the well-known presenter Leyla Guliyeva.

In his address, Rector Elmar Gasimov noted that Graduate Day - 2020 coincided with a very difficult period.

“At present, under the leadership of our Supreme Commander-in-Chief, Azerbaijani soldiers are heroically fighting for the territorial integrity of our country.  At the same time, in Azerbaijan, as in the rest of the world, the quarantine regime is being strictly observed to prevent the spread of the COVID 19 pandemic. For the first time in the history of education, universities around the world, including in Azerbaijan, do not celebrate Graduate Day.  Therefore, Baku Higher Oil School decided to congratulate its graduates in a virtual form.  Over the past five years, our teachers have honorably fulfilled their sacred duty, parents, together with their children, felt anxious during exams, they together rejoiced at successes and they together fret over failures.  I want to express my gratitude to the parents of our graduates for bringing up such intellectually developed, capable, highly moral and patriotic children.”

Elmar Gasimov wished success to the graduates who will join the Azerbaijani army, continue their studies at foreign universities or start working in local and transnational companies.

“BHOS graduates are a vivid result of our President Ilham Aliyev’s appeal ‘We must turn oil capital into human capital’.  I am sure that our graduates will always glorify the honorable name of our Motherland, our Higher School and that their families will always feel proud of them,” the rector said.

Speaking on behalf of parents, Gyulyar Mammadova, the mother of Javid Mammadli, who was named “Student of the Year” at BHOS this year, thanked the teaching staff for the invaluable contribution they made to the formation of students as highly qualified specialists.

“During all these years, the faculty of Higher School, headed by Rector Elmar Gasimov, did everything possible to help our children receive a quality education, overcome the difficulties they faced during their studies, and even solve their personal problems.  As a result of the hard work done by teachers, BHOS has become a family for students.

I wish that you, as qualified specialists, contribute to the strengthening of Azerbaijan,” Gyulyar Mammadova said.

At the end of the event, Javid Mammadli, who was the best BHOS student in the 2019/2020 academic year, engraved his name on the symbolic tree stump.

The virtual event ended with the traditional ritual of throwing up hats.

This year BHOS is holding its second graduation ceremony for master’s degree students.  40 students are graduating from Higher School with a master's degree, including in business administration.  14 students graduated from BHOS with honors in the 2019/2020 academic year.

Note that Baku Higher Oil School was established as a subsidiary of SOCAR  by the decree of the President of the Republic of Azerbaijan Ilham Aliyev dated November 29, 2011.