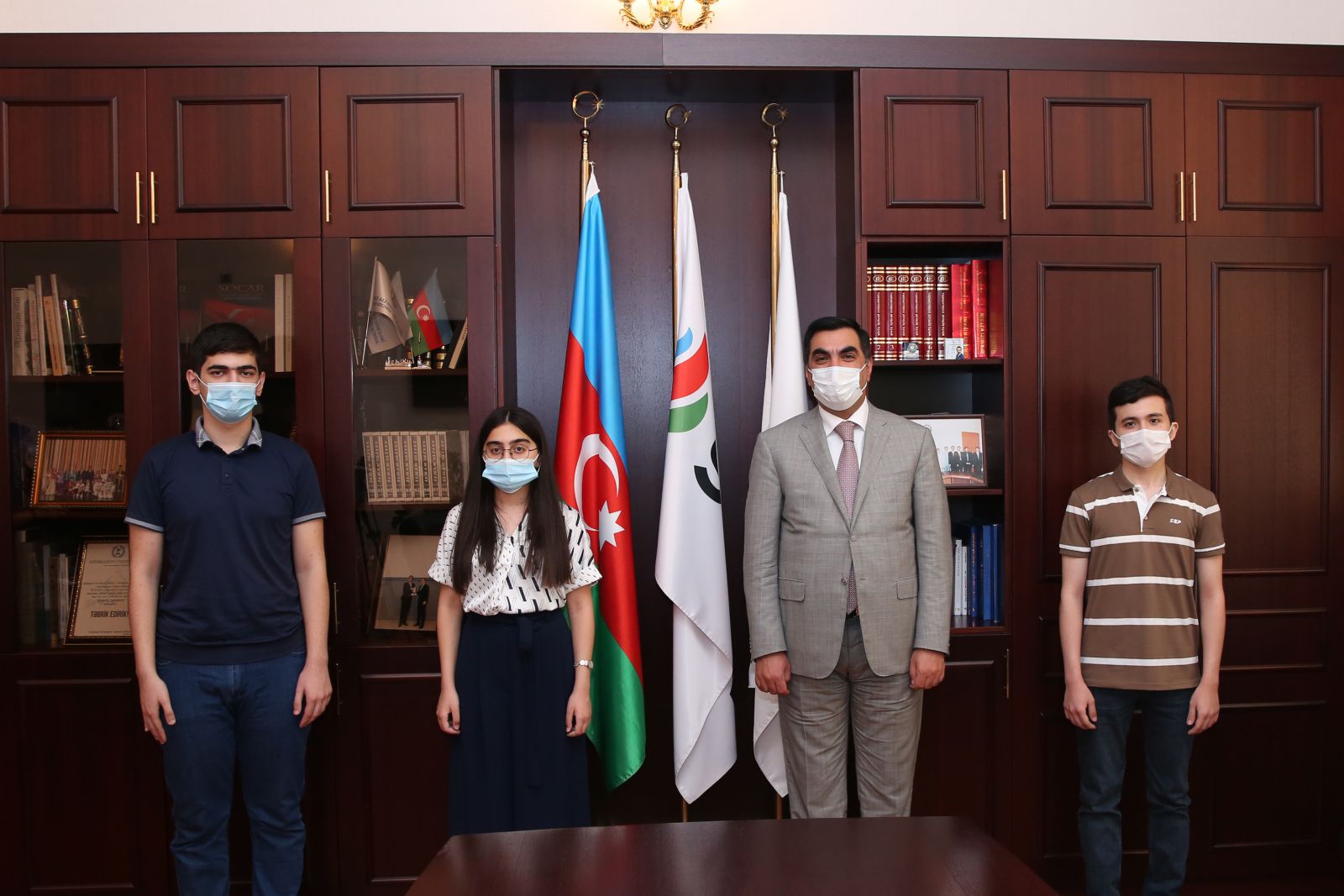 Rector of Baku Higher Oil School (BHOS) Elmar Gasimov met with applicants who scored the highest points in the entrance exams for the first group of specialties and chose BHOS for education.

Elmar Gasimov congratulated the applicants on the high results they achieved at the final and entrance exams.

"At the II stage of the exams for the I group of specialties, 12 applicants showed the highest results, scoring 400 points. The applicants who scored the highest points (700 and 697) based on the results of the two stages of exams chose Baku Higher Oil School for education, which can be regarded as a success achieved by our university. And in the past, applicants who scored the highest points in group I, where there was a lot of competition, always chose Baku Higher Oil School," the rector said.

E. Gasimov highly appreciated the interest shown by applicants to the Higher School, and stressed that this important choice made by students will play a big role in their future careers.

"This success was achieved thanks to the efforts of school teachers and parents of applicants. I would like to take this opportunity to thank each of them. Baku Higher Oil School, in turn, will try to prepare you for life and the world. Here, along with gaining academic knowledge, you will increase your intelligence, expand your worldview, and acquire social skills and work experience," he added.

At the meeting, Director of the Institute of Petrochemical Processes named after Academician Yusif Mammadaliyev, Vagif Abbasov gave the applicants recommendations for future education and career, and presented them with books written by him.

All applicants noted that they chose Baku Higher Oil School because of the excellent conditions created at the school for acquiring higher education, the training conducted at BHOS under the international education program, the opportunity to get experience and employment.

Parents expressed their gratitude to the Higher School for the meeting, warm reception, attention and care. They expressed confidence that in 5 years of studying at BHOS, their children will become qualified specialists who will work for the good of their country.