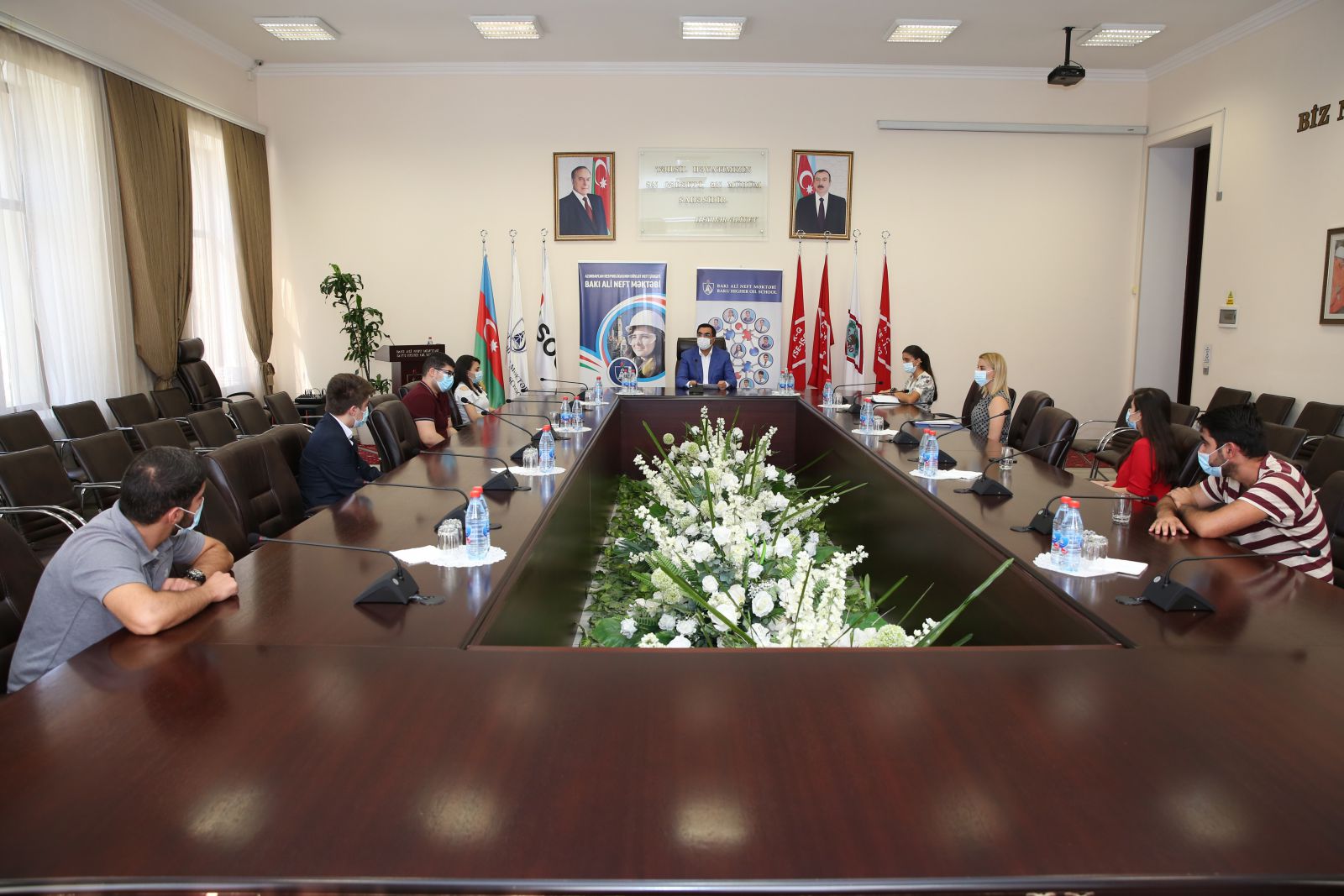 Rector of Baku Higher Oil School Elmar Gasimov met with these graduates on this occasion. Congratulating them, Elmar Gasimov advised the young engineers, who are taking the first steps in their careers, to always increase their knowledge, work on themselves, and apply new technologies in their activities.

The rector said that most BHOS graduates get employed straight after graduation. Elmar Gasimov noted that the graduates owe their success not only to their intellectual potential and skills, but also to the fundamental, high quality education they received at the Higher School. The rector expressed confidence that the graduates would soon contribute to the development of the company, where they work as highly qualified specialists.

The graduates, in turn, noted that they will do responsibly their work and use their knowledge and experience for the benefit of the enterprise. They also thanked the management of the Heydar Aliyev Baku Oil Refinery for the support they give to the young people who are taking the first steps in the field of engineering.