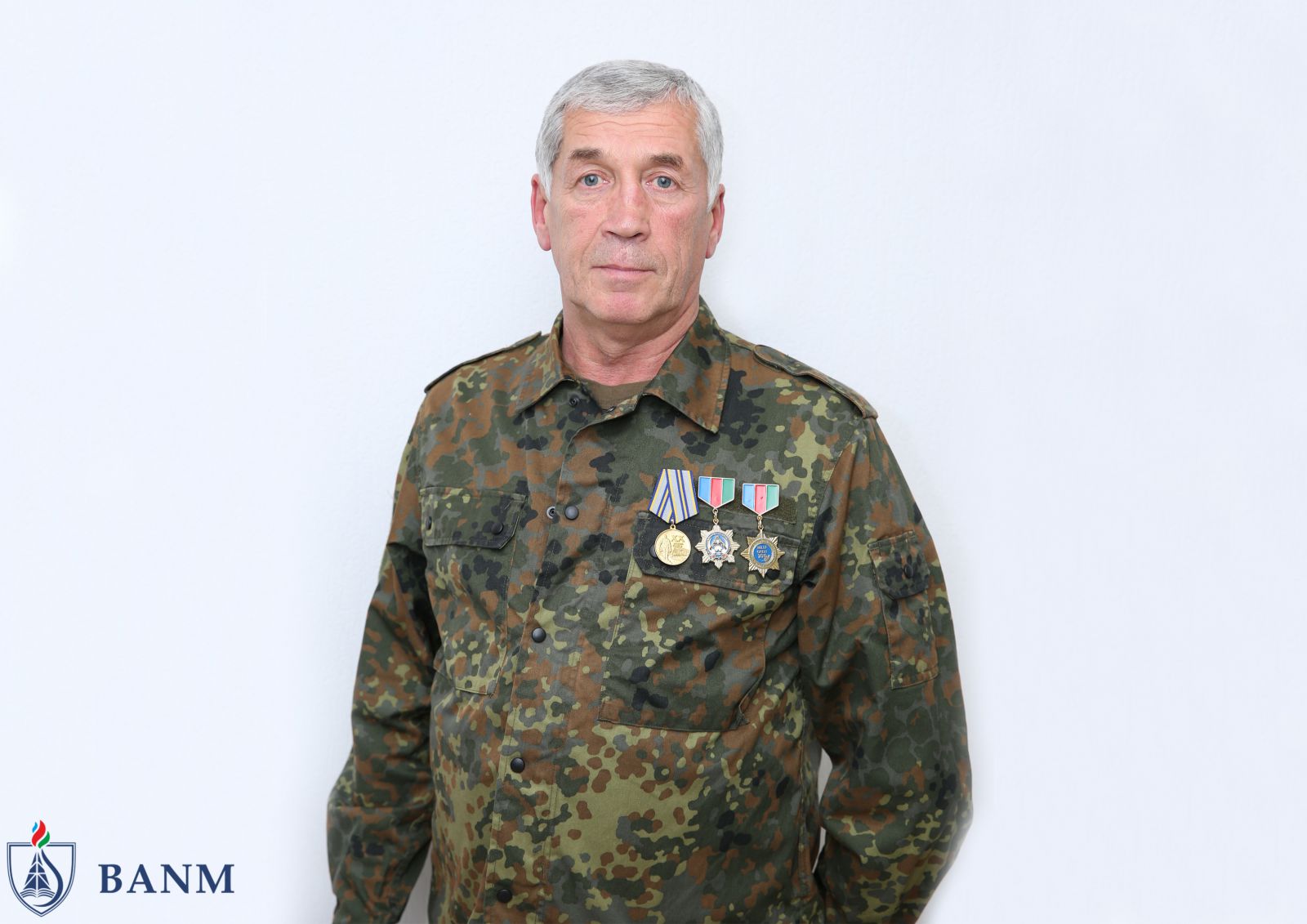 Petr Anatolyevich Kuvshinov, a senior teacher at the Physical Culture and Sports Department of Baku Higher Oil School, was awarded the Certificate of Honor from the State Oil Company of the Republic of Azerbaijan for special services in the development of the oil and gas industry.

Pyotr Kuvshinov is a master of sports in water polo, as well as a veteran of the Nagorno-Karabakh War. In 1992-1996, he participated in the military operations for the territorial integrity of Azerbaijan and engaged in combat operations in Agdam, Agdere, Kelbajar, Lachin, Murivdag, Terter and Fizuli. While in the area of the combat operations, he was badly wounded twice.

After completing the military service, Petr Kuvshinov returned to professional career in sports and teaching swimming and water polo. Since 2017, he has been working at Baku Higher Oil School. Petr Kuvshinov successfully organized interuniversity Olympiads and competitions at the Higher School and won the sympathy of his students.

In 2015, Petr Anatolyevich Kuvshinov, who is a winner of many prestigious sports competitions and a master of sports of the USSR, received an invitation to participate in the First European Games in Baku as a member of the water polo referee staff. He also participated in the Baku 2017 4th Islamic Solidarity Games as a trainer of the national water polo team of Azerbaijan.

Petr Kuvshinov possesses high human qualities and he sets an example for people and his students. Thus, last month he rescued two people drowning in the sea near the "Mayak" beach, in the Northern GRES region.

On behalf of the BHOS family, we express our sincere congratulations to Petr Anatolyevich Kuvshinov and wish our colleague good health and every success!