News
Rector meets with employee who participated in Patriotic War 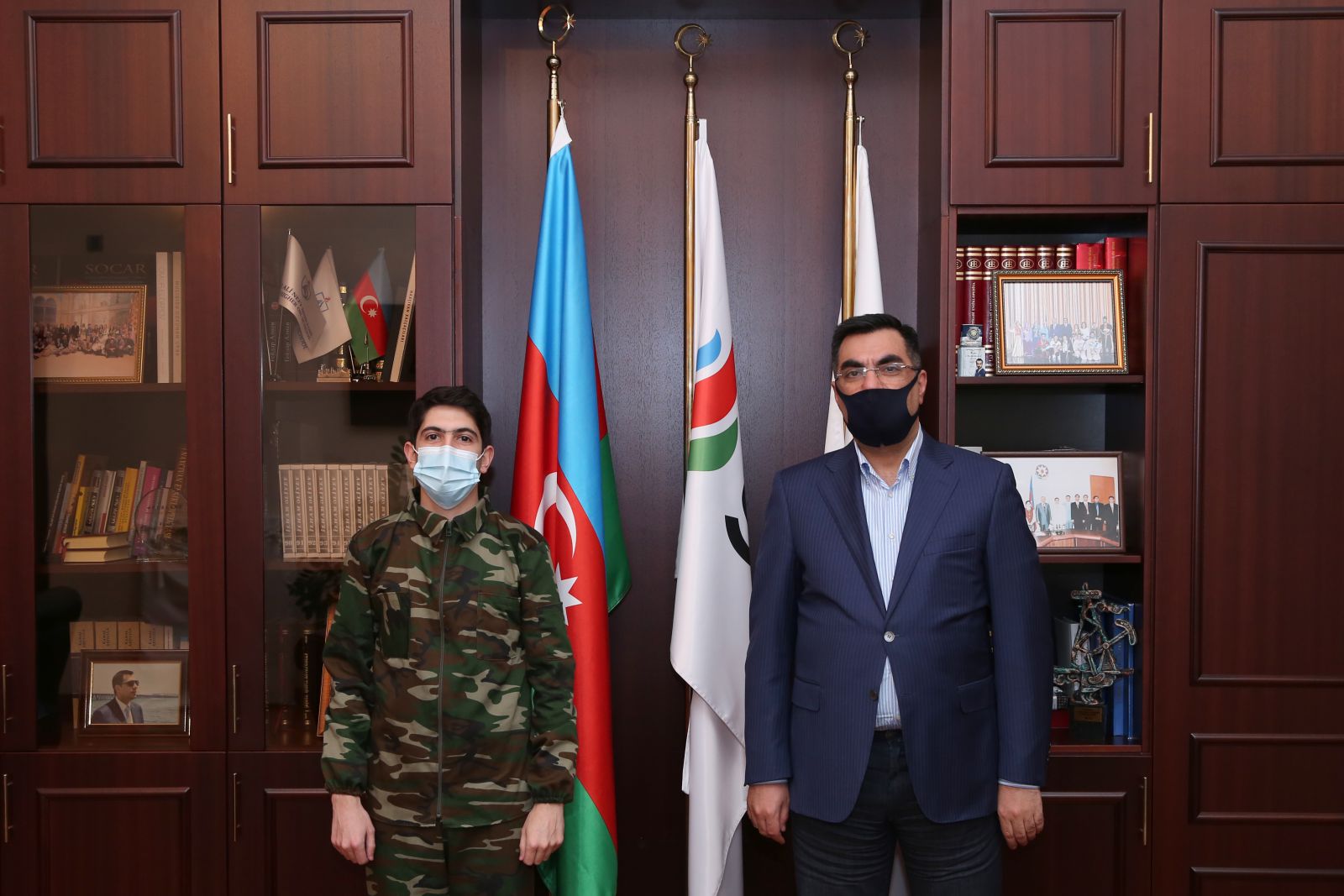 Among the hundreds of conscripts who participated in the battles for the territorial integrity of the Republic of Azerbaijan were employees, students and graduates of Baku Higher Oil School (BHOS).

They contributed to the Great Victory in the Second Karabakh War.

Recently, Rector of Baku Higher Oil School, Elmar Gasimov, met with Aghaselim Gafarov, an employee of the E-Training Department, who had been dismissed from the army.

Elmar Gasimov noted that under the command of the President of the Republic of Azerbaijan Ilham Aliyev, Azerbaijani soldiers fought valiantly for the liberation of our lands from the years-long occupation.

The rector prayed the Lord to bless the souls of heroes who became martyrs in the war for the territorial integrity of our country.

He said that their memory would forever remain in the hearts of our people.

The rector thanked Aghaselim Gafarov for his contribution to our historic victory and told him that his skill category was promoted for his courage and professional approach to work.

Aghaselim Gafarov, in turn, noted that he was proud of his participation in the military operations conducted by the Azerbaijani Armed Forces under the leadership of Supreme Commander-in-Chief Ilham Aliyev in order to liberate our historical lands from enemy occupation.