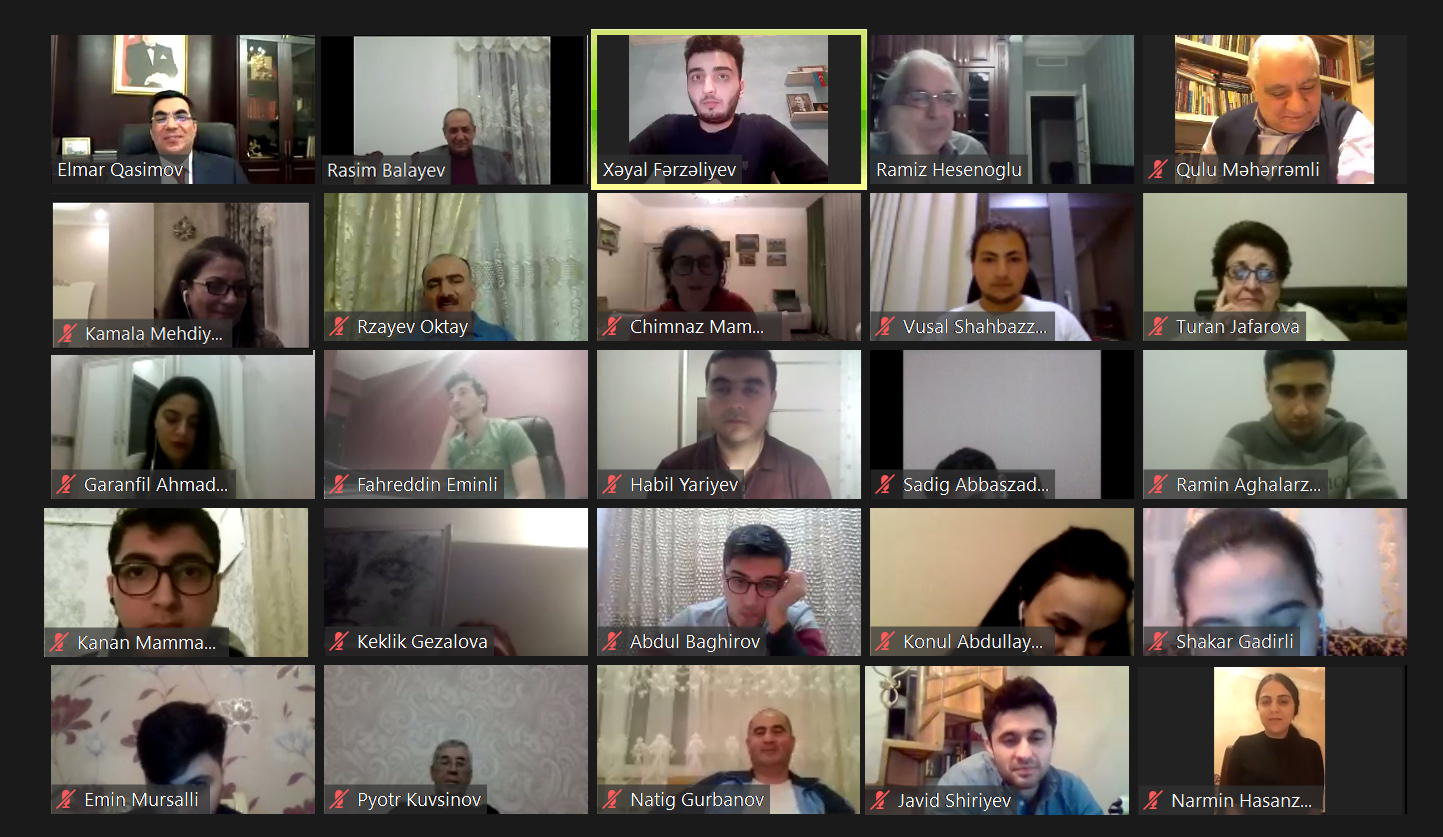 The winners of the online art reading competition 'The Homeland is Good' dedicated to the Great Victory have been announced.

Students and graduates of Baku Higher Oil School took part in the competition organized on the ZOOM platform.

The winners were selected by a professional jury.

Opening the event with a keynote speech, Rector of Baku Higher Oil School Elmar Gasimov said that the aim of the art reading competition is to instill in students a patriotic spirit, convey in the language of poetry the feeling of the Great Victory won in the Patriotic War.

Third-year student of the Information Security Department Farzaliyev Khayal took the first place with the highest jury score (48 points) for the performance of Khayal Mamed Araz's poem "He walked past me and hit my brother".

The second place was taken by Rustamova Sabina Jafar Jabbarli, a second-year student of the Process Automation Engineering Department, who performed the poem "Mother" (47 points).

The third place was taken by four people who scored 46 points each.

All the participants received diplomas and participation certificates.

Assistant to the President of Azerbaijan, Head of Foreign Policy Affairs Department of the Presidential Administration Hikmat Hajiyev presented a diploma and an award to the winner of the online art reading competition 'The Homeland is Good' Farzaliyev Khayal.