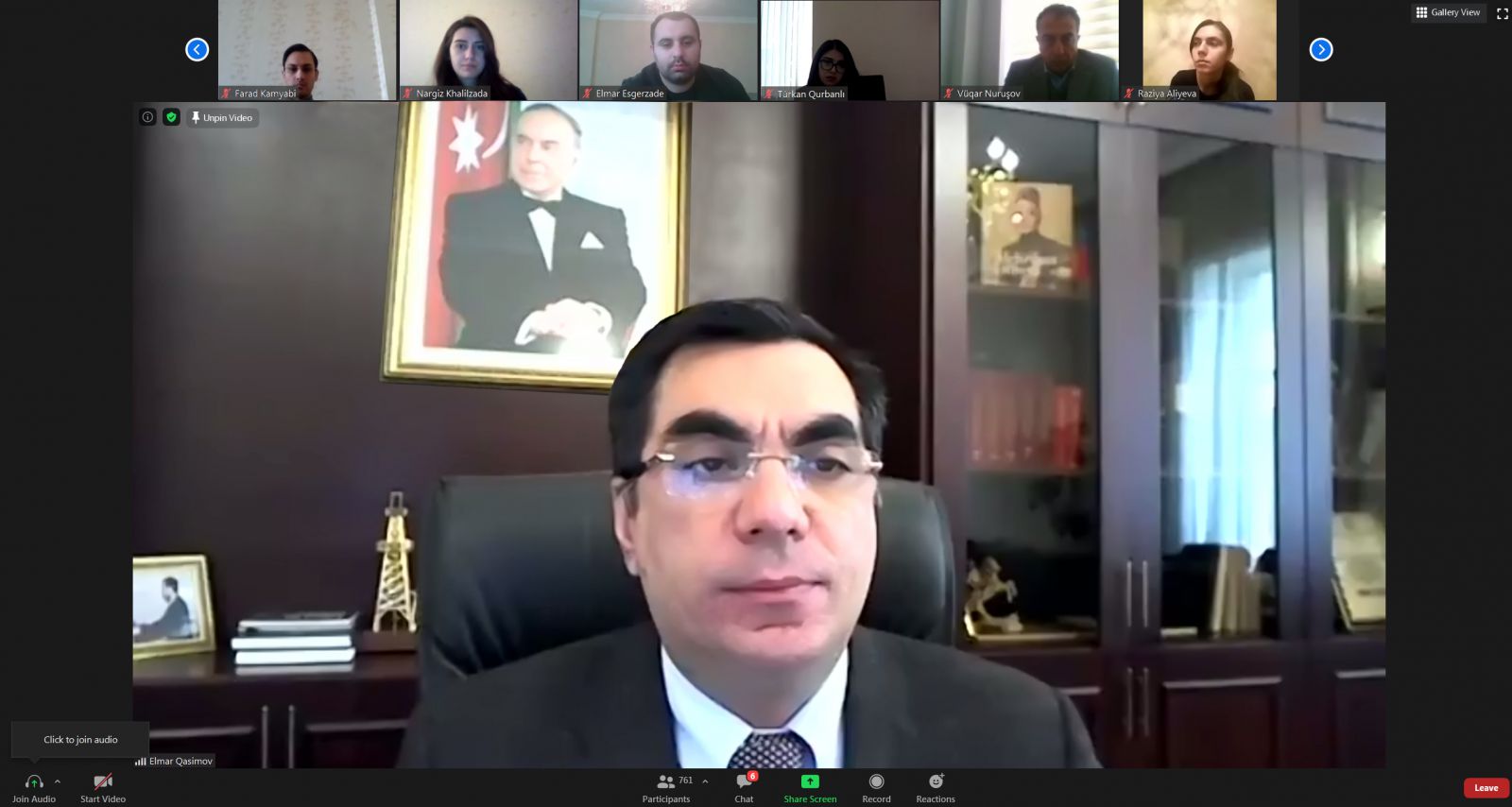 In connection with the 29th anniversary of the Khojaly genocide, the leadership of Baku Higher Oil School visited the memorial complex "Mother's Cry".

Then a memorable event dedicated to the anniversary of the Khojaly tragedy took place online.

First, the participants of the event observed a minute of silence in memory of the victims of the Khojaly genocide.

Speaking at the event, Rector of Baku Higher Oil School Elmar Gasimov; Deputy Director of the Institute of Caucasian Studies of ANAS, PhD in History, Ramila Dadashova;  Associate Professor at the English Language and Humanitarian Disciplines Center of BHOS, PhD in History, Alamdar Shahverdiyev, informed the participants about the historical details of the Khojaly genocide.

Rector Elmar Gasimov said that under the leadership of President of the Republic of Azerbaijan, Supreme Commander-in-Chief of the Armed Forces, Mr. Ilham Aliyev, the Azerbaijani army carried out the counter-offensive operation "Iron Fist" and liberated the territories of our country from nearly 30-year-long enemy occupation in 44 days.

"Thus, our army took revenge on the enemy for the victims of the Khojaly genocide and other shahids".

It was noted that the Khojaly genocide, which took place on the night of February 25-26, 1992, differs from other mass crimes committed by Armenians against the Azerbaijani people by its inhumanity, the scale of the tragedy, cruelty and ruthlessness.

It was emphasized that the international recognition of the Khojaly genocide was defined as one of the main directions of the foreign policy of the Republic of Azerbaijan.

As a result of the work carried out within the framework of the “Justice for Khojaly” campaign, the world community is constantly informed about the Khojaly genocide, and the world’s countries give an international legal assessment to this tragedy.

The event participants stressed that, just as during the Khojaly tragedy, the Republic of Armenia again committed crimes against humanity during the 44-day Patriotic War.

Thus, it was noted that Armenia deliberately fired ballistic missiles and cluster bombs at cities, civilian population and infrastructures located far from the combat zone, which led to the death of 100 civilians.

Then a video was shown about the Khojaly genocide and the defeat of the enemy in the Patriotic War.

Recall that as a result of the Khojaly tragedy, 613 people were mercilessly killed, including 106 women, 63 children, 70 old people a As a result of this act of genocide, 8 families were completely destroyed, 25 children lost both parents, 130 children - one parent.