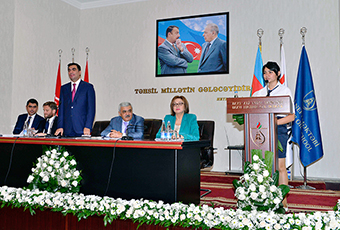 Maleyka Abbaszade, the Chairperson of the State Students Admission Commission, also took floor at the ceremonial event held at Baku Higher Oil School on the occasion of the start of the new academic year and extended her congratulations to BHOS lecturers and students: