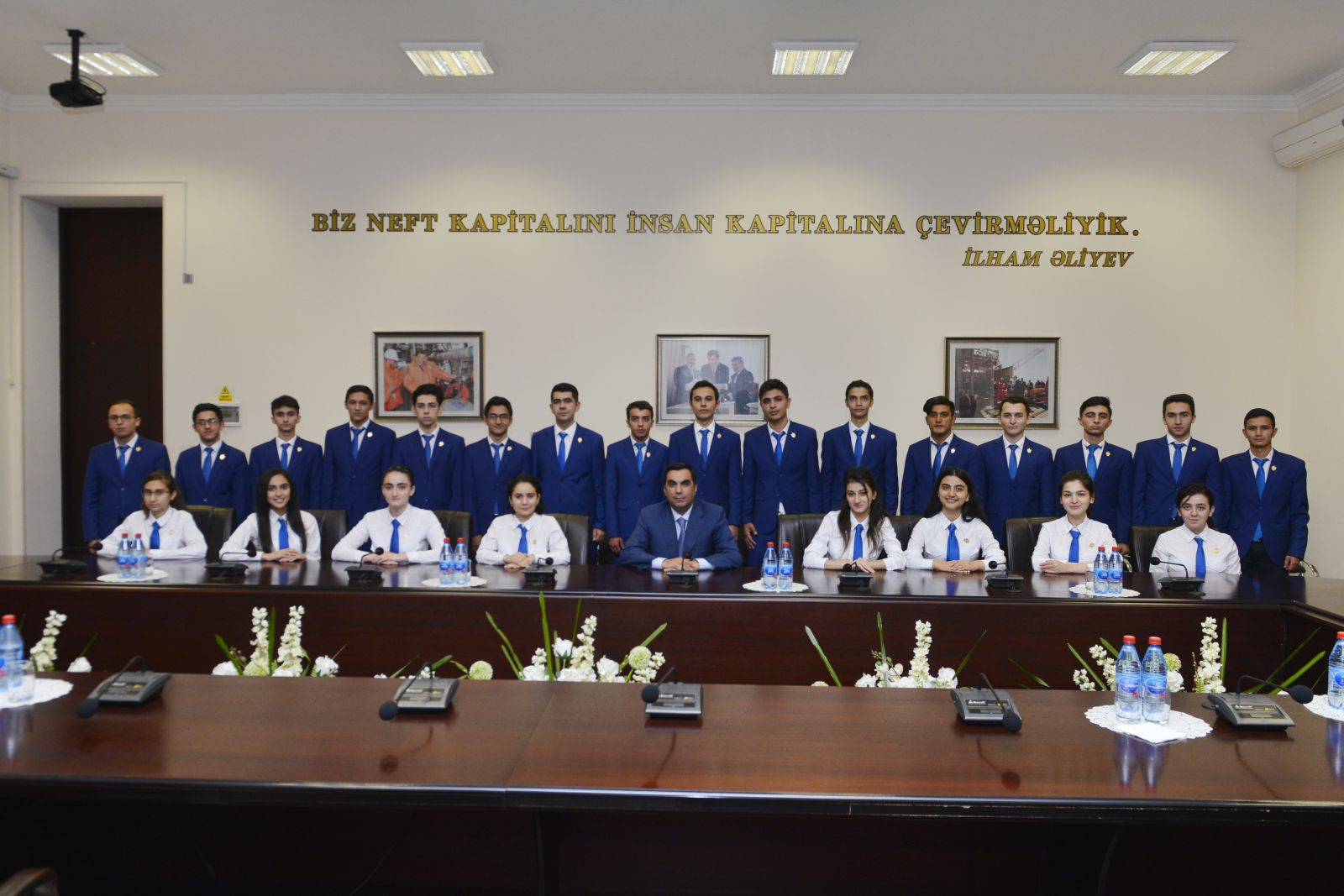 Rector of Baku Higher Oil School (BHOS) Elmar Gasimov met with undergraduates who became BHOS students in 2017 and were awarded with Presidential scholarship for excellent results achieved at the entrance exams. Speaking at the meeting, he said, “I am very proud that the number of Presidential scholars at BHOS has doubled in comparison with previous years.”

This year, the Higher School once again became a record-holder for the number of students admitted to national higher educational institutions in 1st group of specialities and awarded with the Presidential scholarship. Out of 25 Presidential scholars in this group of specialities, 24 students selected BHOS. Seven students of them including three girls and four boys earned 700 points at the entrance exams. Most of the Presidential Scholars chose to study Process Automation Engineering. Process automation engineering is one of the most prestigious professions today and this speciality holds records for its popularity in the country.

Rector Elmar Gasimov highly praised the decision of the Presidential scholars to study at the Higher School. In his words, this choice is a large investment in their future success in professional development and career. The Rector once again congratulated the undergraduates and wished them to achieve excellent results in their studies.

At the end of the meeting, a commemorative photo was taken.