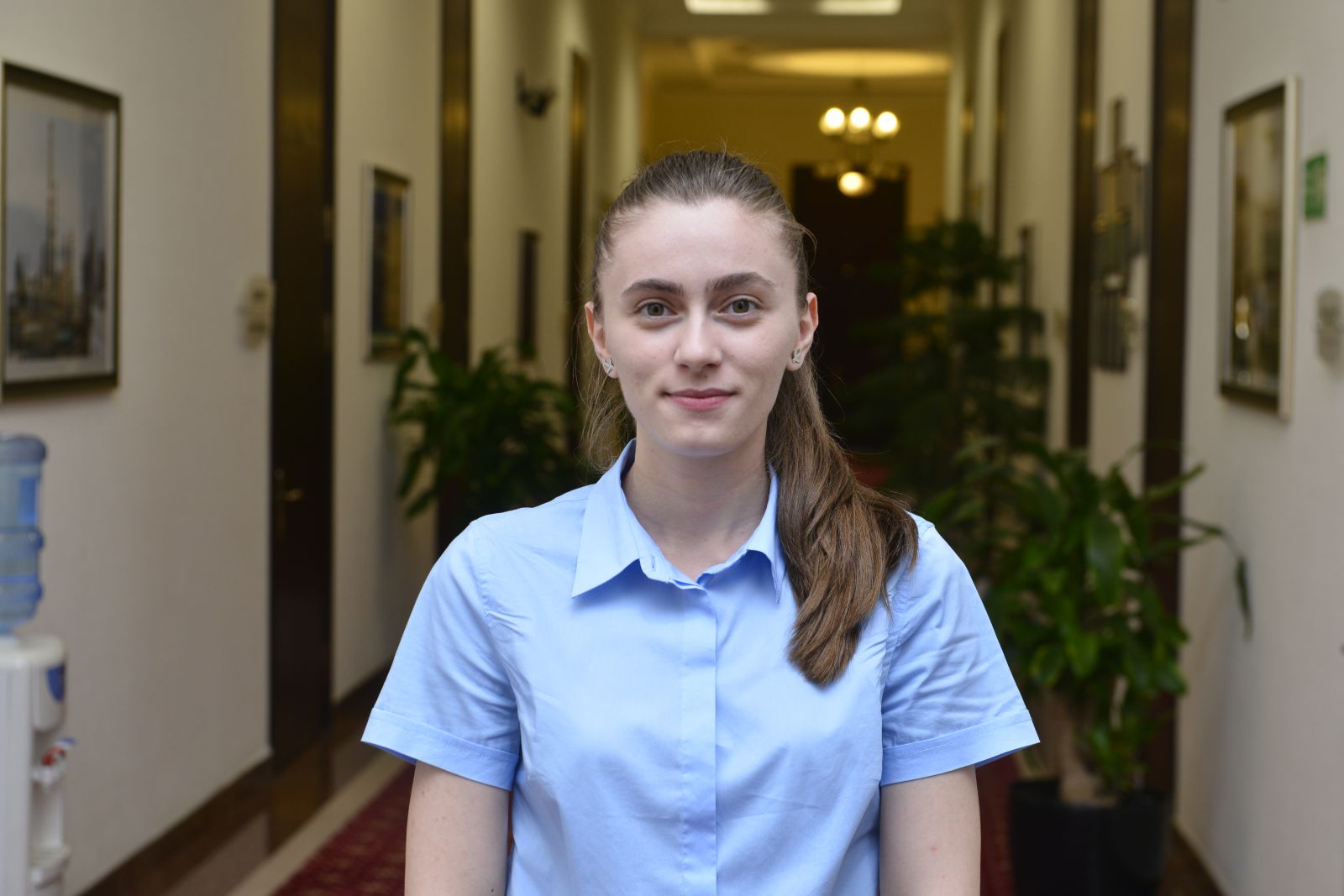 A graduate of Baku Engineering University Ayten Mamedli is one of the students who will pursue Master degree in Chemical Engineering. Having graduated from secondary school №254 in Baku in 2012, she earned 669 points at the entrance exams and became a student of the university. Ayten graduated from Baku Engineering University as Chemical Engineer with an average score of 98.58 points and received a diploma with honors.  At the exams for admission to Master program she earned 127 points in the first round, which was the second best result in the country, and without doubts selected BHOS for pursuing Master degree.

Sharing her first impressions about the Higher School, she says, “The lessons commenced two weeks ago. At the beginning, I was a bit concerned. I thought that it might be difficult for me to study here and adjust myself to the new environment. However, after I met the Rector Elmar Gasimov and our professors and teachers, I started feeling very comfortable, as they were very kind and attentive to us. The management of the Higher School created all necessary conditions for the students. It was established only five years ago, and within this short period of time, BHOS has attained impressive achievements. I am sure that I will have all opportunities to achieve new successes in my studies.”