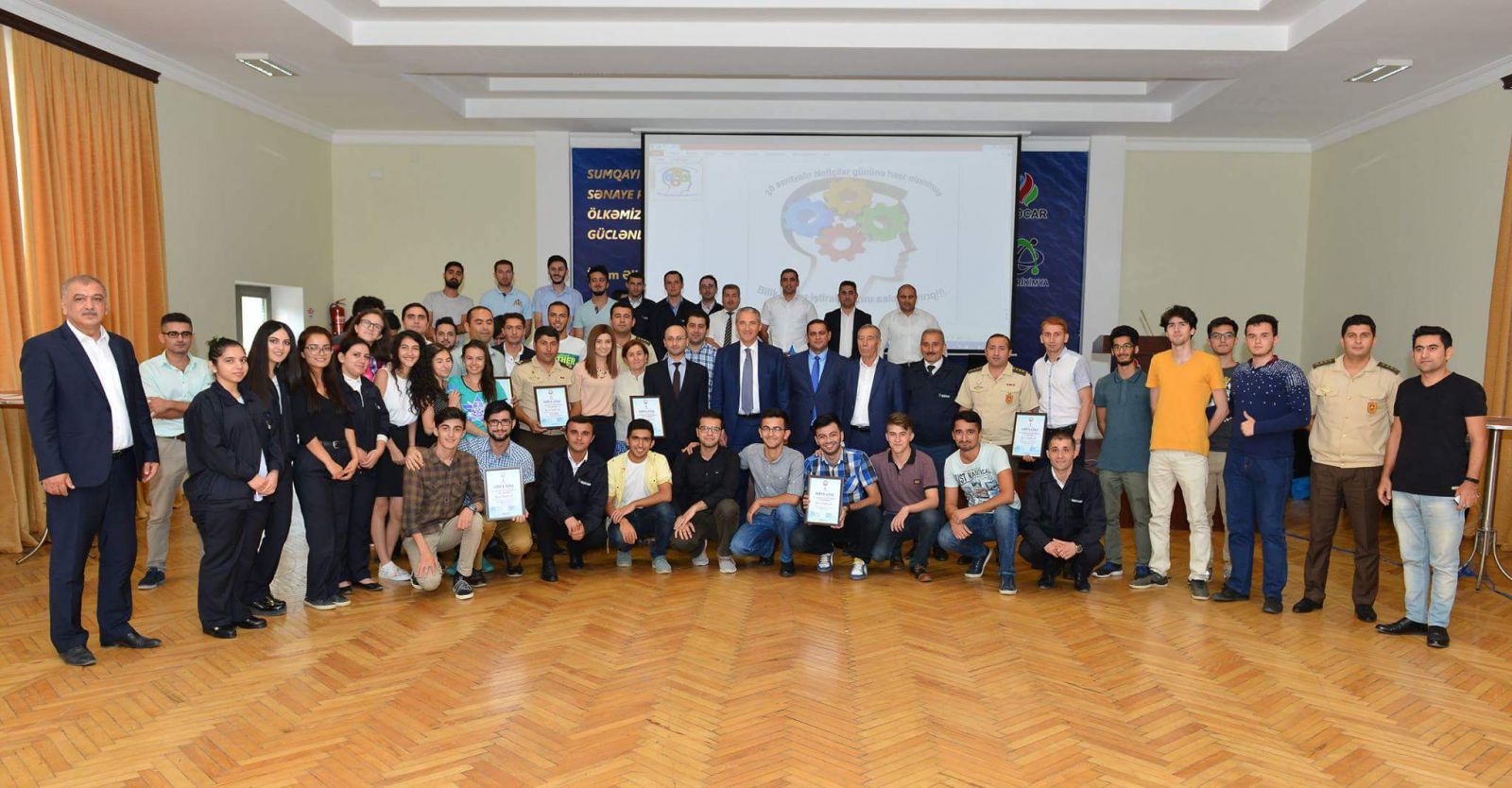 Students of Baku Higher Oil School (BHOS) participated in the national intellectual game “Hamse” organized by Azerikimiya Production Union to mark Oilmen Day of Azerbaijan, which is celebrated on September 20 every year. It aims to contribute to Azerbaijani youth’s intellectual development and raise their interest to science and education. Twenty two teams took part in the contest, out of which two teams represented BHOS.

The game was observed by experts and jury members. It included three qualifying and one final rounds and lasted for nearly four hours. Upon the contest results, Society of Young Engineers took the first place, and on the second and third place were Fire Safety Service of Sumgayit town and Azerikimiya Production Union. The winners received diplomas of honor and valuable prizes from Azerkimiya’s Trade Union Committee. BHOS team was awarded with a recognition gift for the will to win and active participation in the national intellectual game “Hamse”.