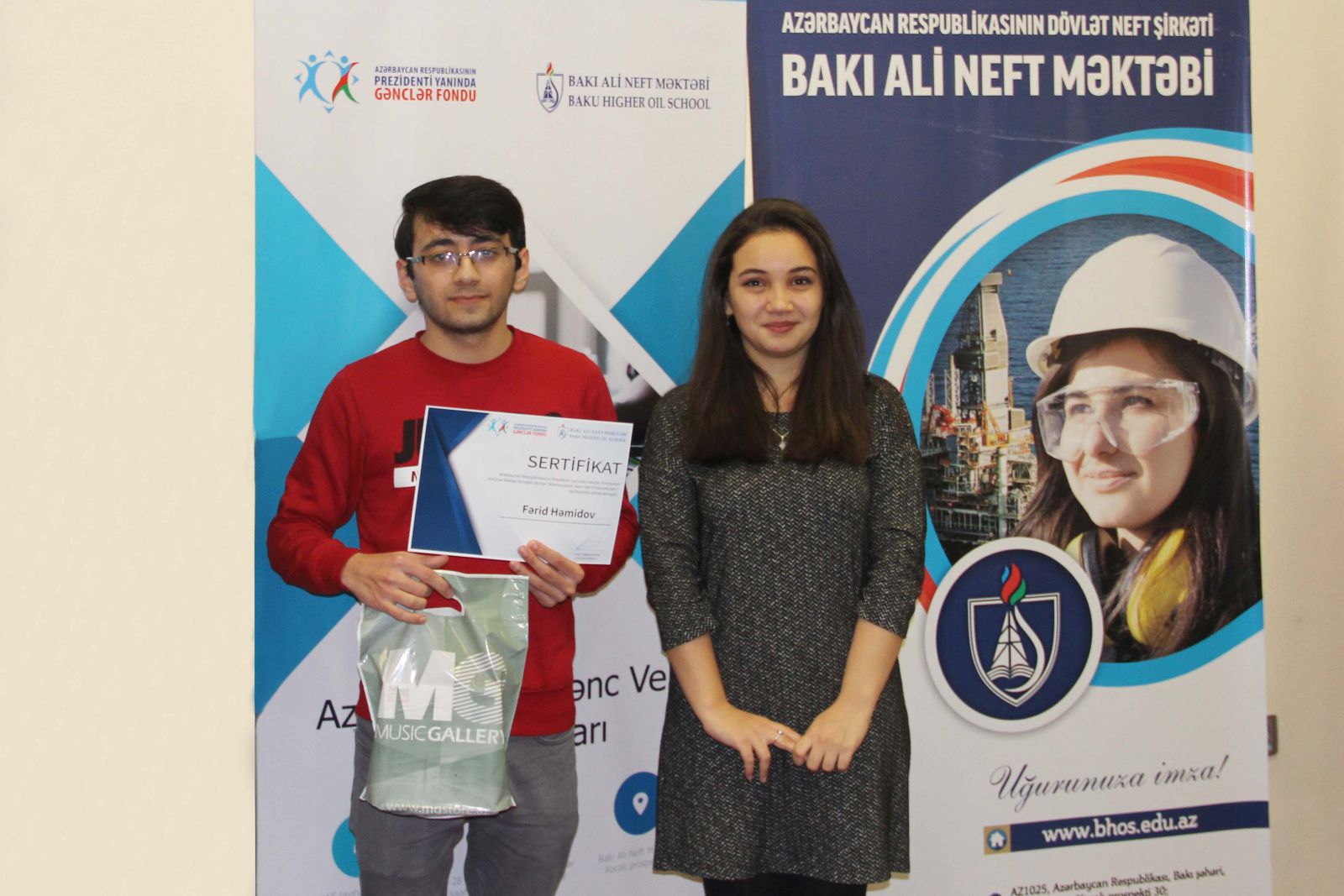 Leyli Abbasova, a fifth-year Project Automation student of Baku High Oil School (BHOS), successfully completed a project entitled "Azerbaijan's Young Web Programmers". The project, which became a winner of the 10th Grant competition conducted by the Youth Foundation under the President of the Azerbaijan Republic, was carried out with the support of BHOS.

The main goal of the project was to increase knowledge of young people in the field of information and communication technologies (ICT), raise their interest in web programming and introduce a wide range of ICT modern opportunities to students. The project tasks also included developing new national websites and expanding knowledge and skills of young people on HTML, CSS and Javas Programming languages.

During one month of the project implementation, five training sessions were held for the participants comprising Computer Sciences and ICT students from various national universities. They had opportunities to deepen their knowledge of ICT and develop web-programming skills. At the end of the training, a contest among the participants was held. The winners including BHOS student Farid Hamidov and representatives of other universities Vefa Aliyeva and Javanshir Huseynli were awarded with certificates and prizes.

It should be noted that seven BHOS students with their individual projects became winners of the 10th Grant competition of the Youth Foundation and three more projects would be implemented in partnership with Student Youth Organization of the Baku High Oil School.