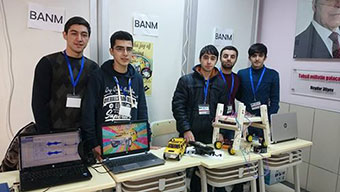 The Festival was aimed at gathering youth from various universities of the country to involve them more actively in scientific projects, arrange presentation of their own projects and, after assessment of the submitted works, heighten their interest in scientific activities.