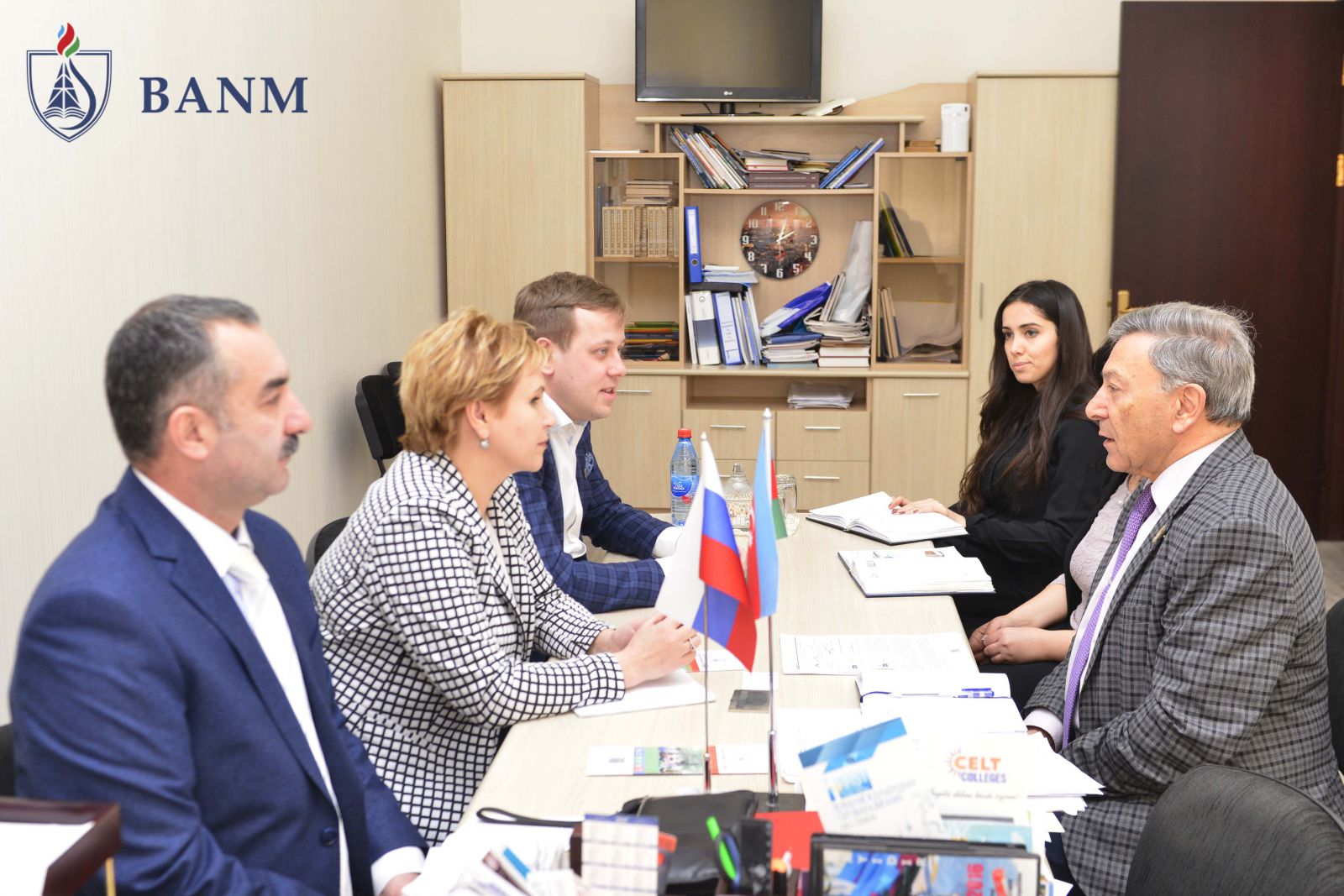 Ramiz Humbatov told about the history and development of the oil and gas industry in Azerbaijan, informed the guests about activities and achievements of BHOS and provided statistical data about its work. Pavel Marjyandishev spoke about Northern (Arctic) Federal University, its educational process and structure and provided detailed information about the High School of Energy, Oil and Gas. He also reported that there are 16 Azerbaijanis among NArFU students. Then Lyubov Zarubina touched upon issues of potential of partnership development between BHOS and NArFU. The meeting participants also discussed spheres, directions and prospects of future cooperation between two higher educational institutions.