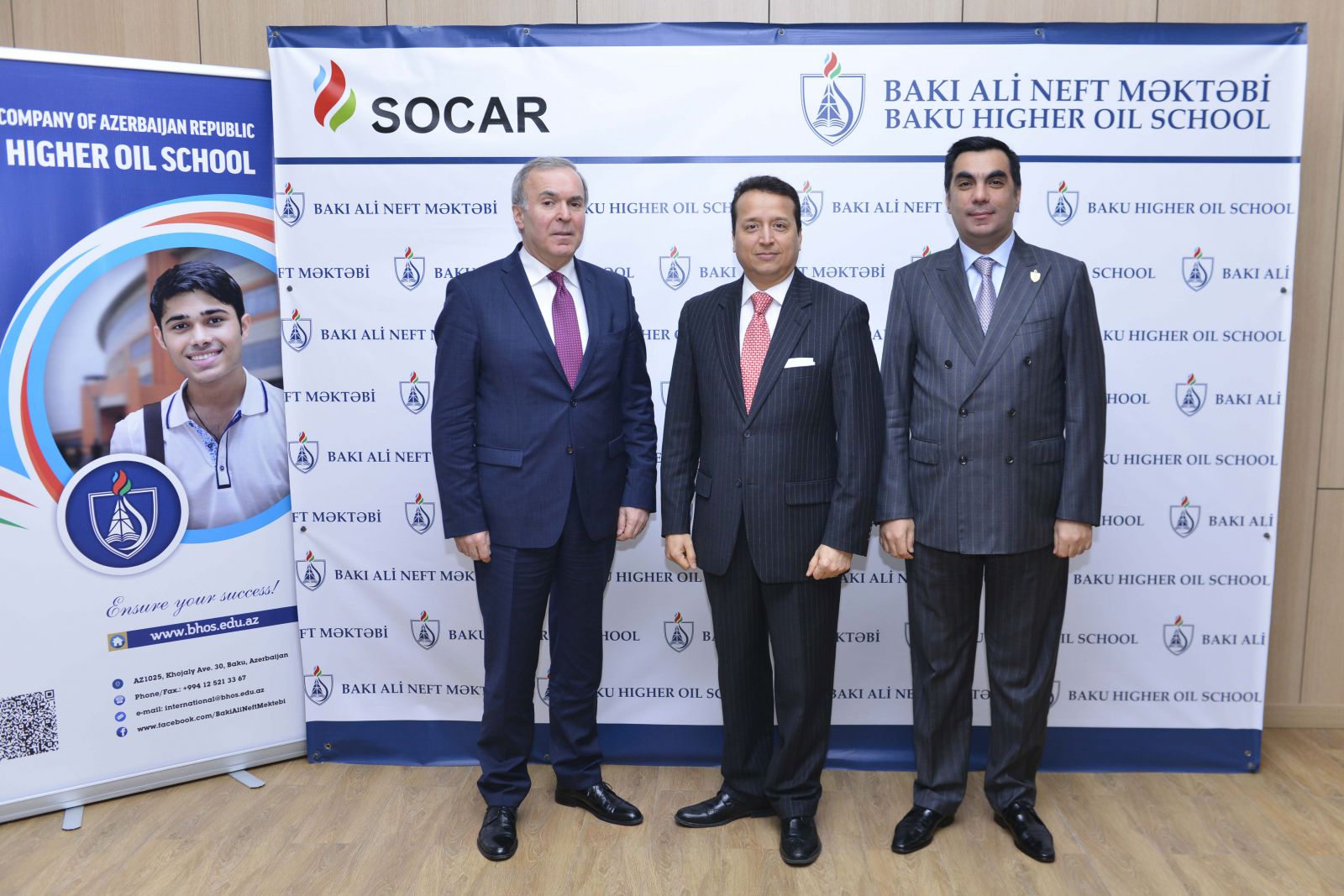 Prospects of cooperation development between Baku Higher Oil School (BHOS) and the United Nations Institute for Training and Research (UNITAR) were discussed at a meeting of BHOS rector Elmar Gasimov with Program Director of UNITAR Alexander Mejia and Permanent Representative of the Republic of Azerbaijan to the United Nations Office and other international organizations in Geneva Ambassador Vagif Sadikhov. As expected, the partnership may include admission of a group of foreign students to the bachelor’s program in engineering at the Higher School.

Program Director of UNITAR Alexander Mejia told about various projects, which are implemented within UN Development Program in order to improve living conditions of people in a number of countries, and about the need to provide quality education for young generation in Africa and Latin America. UNITAR could support education of a group of students from the region at the Higher school with the purpose to train professional engineers for the countries, which are in need of highly qualified specialists, Alexander Mejia said. In his words, if the agreement on cooperation with the Higher School is reached, the foreign undergraduates can start studying at BHOS as soon as next academic year.

Rector Elmar Gasimov highly praised the new initiative and emphasized that Azerbaijani state always supported social projects implemented by the United Nations. He said that the management of the Higher School is interested in developing cooperation with UNITAR in this field. Educational programs for future petroleum and chemical engineers at BHOS are based on the curriculum of Heriot-Watt University and the Higher School students gain not only theoretical knowledge, but also practical experience during their internship at leading oil and gas companies, informed the rector. Elmar Gasimov also said that the Higher School’s new campus has all necessary conditions and infrastructure for undergraduates’ accommodation, studies, medical treatment, sports and social activities. The campus meets the highest international standards and can be a comfortable place to stay for students from any foreign country, he added.

Azerbaijan’s Permanent Representative to the UN Office and other international organizations in Geneva Vagif Sadikhov emphasized that implementation of this joint project would play an important role both for the republic and for the United Nations member states participating in this initiative.

Details of the future project and other issues related to its development and implementation were also discussed at the meeting. During the visit to BHOS, the guests were given a tour around the campus and were familiarized with its facilities including lecture halls and laboratories provided with the modern equipment and advanced technologies, and the sport complex.