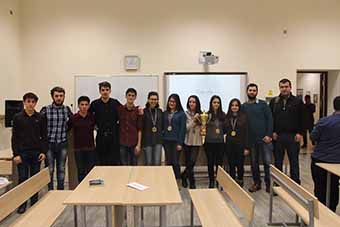 The Tournament raised a great interest among students and gathered more than 100 participants. The best team was presented with the Winter Cup, and other winning teams received medals and trophies.