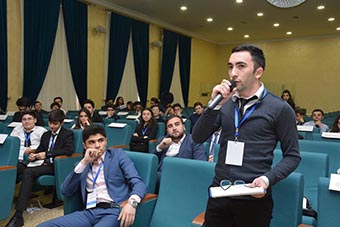 During the Model UN, 61 countries were presented at a regular session of the United Nations General Assembly. The main topic discussed at the session was entitled “Fight against global terrorism”. Students of various Azerbaijani universities made speeches at the conference. At end of the session, the students representing member states prepared a UN resolution, which was adopted by a large majority.